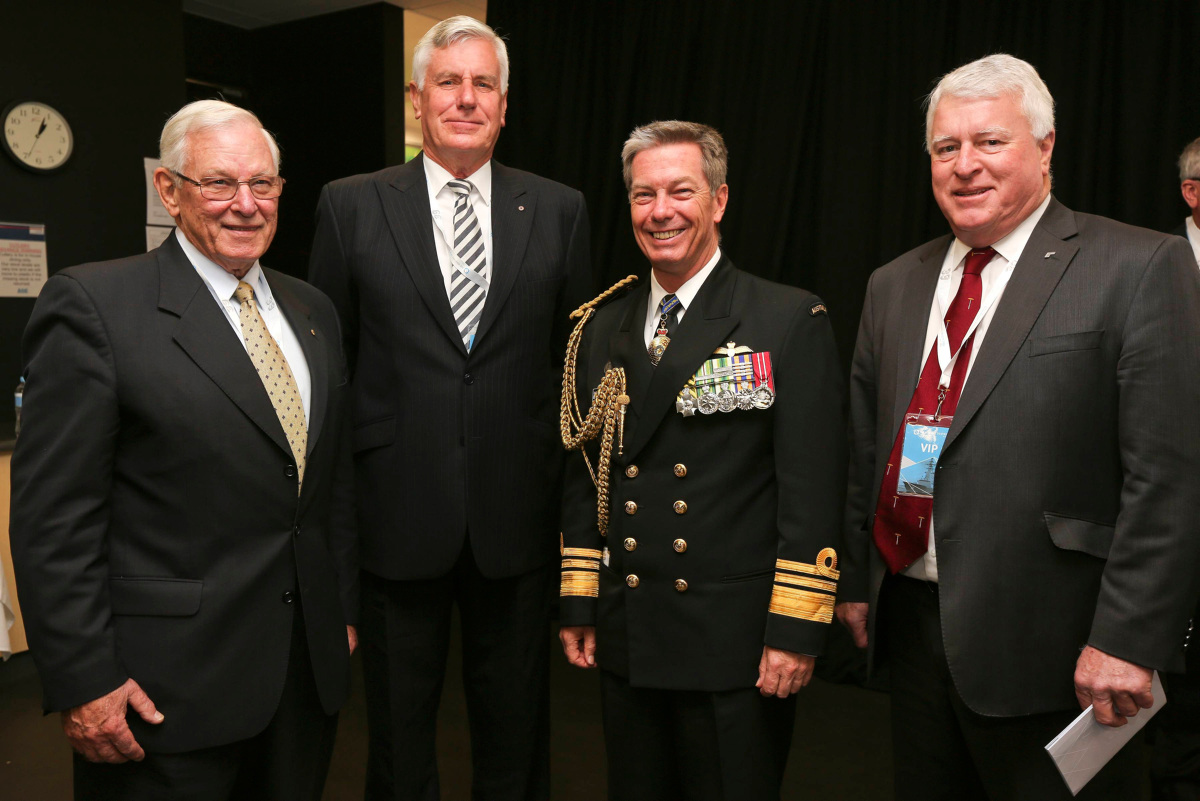 The new build OPV is shaping a new template for Australian shipbuilding.

And it is one in which the role of the prime contractor is being redefined and in which the Commonwealth is shaping new governance structures for managing the effort, in terms of working the platform and mission systems management separately but interactively.

I had a chance to discuss the importance of this strategic shift for Australia with Vice Admiral (Retired) Chris Ritchie, former head of the Royal Australian Navy.

He has had a distinguished career as well in the private sector.

From 2009 through 2012, he was Chairman of the Board of Directors of submarine and ship builders ASC Pty Ltd. In that position, he saw first-hand the challenges of the traditional approach to Australian shipbuilding which has been defined by the legacy approach to shipbuilding: one off builds, pause, and then reload for the next one-off build.

He was Chairman as the Air Warfare Destroyer build was put in motion, which is a major addition to not only the Royal Australian Navy but to ADF transformation overall.

He is currently a director of Luerssen Australia, prime contractor for the Australian OPV build.

In a 2017 piece in the Australian Business Review, Ritchie highlighted why he thought the OPV program was so critical to Australia’s maritime future.

At the Australian Strategic Policy Institute last month, Defence Industry Minister Christopher Pyne outlined his long-term vision to turn Australia into a defence exports powerhouse. This vision is supported in large part by the requirements and opportunities contained in the federal government’s Naval Shipbuilding Plan.

What many people outside Defence do not understand — and why should they — is that the success of this vision will to a large extent depend on a comparatively unknown shipbuilding program known as SEA1180, and the decisions the government is expected to make around its delivery in the next few months.

Under SEA1180, or the Offshore Patrol Vessel Project as it is also known, 12 steel-hulled patrol boats will be built to replace the Royal Australian Navy’s ageing fleet of aluminium-hulled Armidale-class vessels. The first two of the new offshore patrol vessels will be built in South Australia and the following 10 in Western Australia.

This means the Offshore Patrol Vessel project will carry the weighty responsibility of recruiting and training the next generation of naval shipyard workers in this country.

The newest cohort of young Australian engineers, designers, welders, structural fabricators and electricians will be recruited and trained to build the offshore patrol vessels.

They will form the vanguard of a naval shipbuilding workforce that, all going to plan, will go on to build our new submarine and frigate capabilities, and meet the emerging demand in our region for minor warship exports.

In simple terms, the Offshore Patrol Vessel project is the pilot light required to get the entire Australian domestic naval shipbuilding furnace going. It will also begin to develop the industrial base Australia needs if it is to make good on the government’s aspirations to compete in the global — and rapidly growing — marketplace for naval exports.

In our discussion conducted on March 30, 2020 via telephone, we discussed why and how the OPV program is a template for change.

I will not quote him directly, but I had several takeaways from our conversation which reinforced what I have learned over the past three years and underscored by my visit to the Henderson shipyard and meetings with Luerssen and CIVMAC.

The first takeaway was that Australians needed to build a relevant defense industrial base to support the way ahead for the Royal Australian Navy.

But such an approach needed to shape something different from the United States or the European allies. Australia has a smaller pool of skilled workers, and a smaller population.

So how best to do this?

The second takeaway was the new build OPV with a focus on sovereign management and control over the combat and mission systems was a way ahead.

Such an approach would allow Australia to work closely with a variety of key allies and to build the intellectual capital crucial to the development of the combat skills and systems which Australia needed, but also for which it could credibly build a skilled higher end work force to support.

The third takeaway was that the Commonwealth was looking to shape a very different working relationship with industry.

A requirements-based adversarial relationship where the Commonwealth was interacting with industry largely to shape and enforce requirements was not going to get Australia to the new approach it needed.

A shift would happen only with shaping a new partnership with industry and reshaping how to work with a prime contractor who understood the new approach.

The fourth takeaway was the importance of the emergence of the partnership which I witnessed in West Australia.

Clearly, Luerssen gets it with regard to the kind of partnership which Australia is working for.

Because they are not trying to build as much as they can in Germany in order to create jobs in Germany but are focused on how to stand up a new Australian company and working design capabilities interactively between Australia and Germany, Luerssen fits the needs of Australia looking for a new partnership approach.

The fifth takeaway involves the question of exports.

The intellectual capital being built in Australia to build, evolve, and maintain the new build OPV is where exportability will come from.

It may or may not come from a hull export from Australia to an export partner but certainly the core mission systems and operational experience working maritime remotes and innovations to be able to do so are part of the export potential of the program.

The sixth takeaway with regard to exportability is it interaction with working with allies in the region.

Clearly, being interoperable with nations operating OPVs and similar vessels in Maritime Border Command and related missions is a key aspect of being effective in the region.

If Australia can export part of its intellectual capital to shape integratability within the ADF, this puts them in a position to work with other allies in the region to hook such integrability into fleet operations and thereby delivering interoperability.

The seventh takeaway is growing importance of self-reliance for Australia.

My observation from my visits of the past several years to Australia is a clear shift in thinking about the need for greater resilience in Australia itself to deal with global shocks.

Obviously, the current Coronavirus approach only underscores this concern.

John Blackburn refers to this as the need for smart sovereignty.

“A country like Australia, with much smaller population and a different economic base will have a smaller degree of sovereignty, but we need a lot more than we have right now.”

And David Beaumont, well regarded Australian logistics expert and serving Australian Army officer, has highlighted the importance for both Australian civil society and its defense sector to have more robust capacity to provide for its own needs in a crisis.

“Defence industry policy and other Acts of government can be the bedrock upon which national security responses can be formed.

“It may be that at the end of the COVID-19 pandemic, and after the economic recovery erases our memory of the cost of seizing international trade, behaviours and the interests of military and other national security organisations will return to normal.

“Now, amid a pandemic, it seems incredulous to suggest life will be so kind. National security is fundamentally about the preservation of normality, and militaries will have an important role in assisting their society assure it.

“It is an unwritten rule of military logistics start preparing for the time in which forces will return home just as they arrive on a military operation.

“Perhaps it is time to start planning now for ‘what comes next’, and to reconsider the national security implications of the globalised international economy.”

The OPV template could provide an important stimulus to shaping a practical way ahead to achieve such a new approach.

In this sense, the OPV project could provide a measured manufacturing response that provides a path ahead for the nation.

In other words, it not is just about a new approach to shipbuilding, it can also trigger serious rethinking as well as shaping new approaches for smart sovereignty.