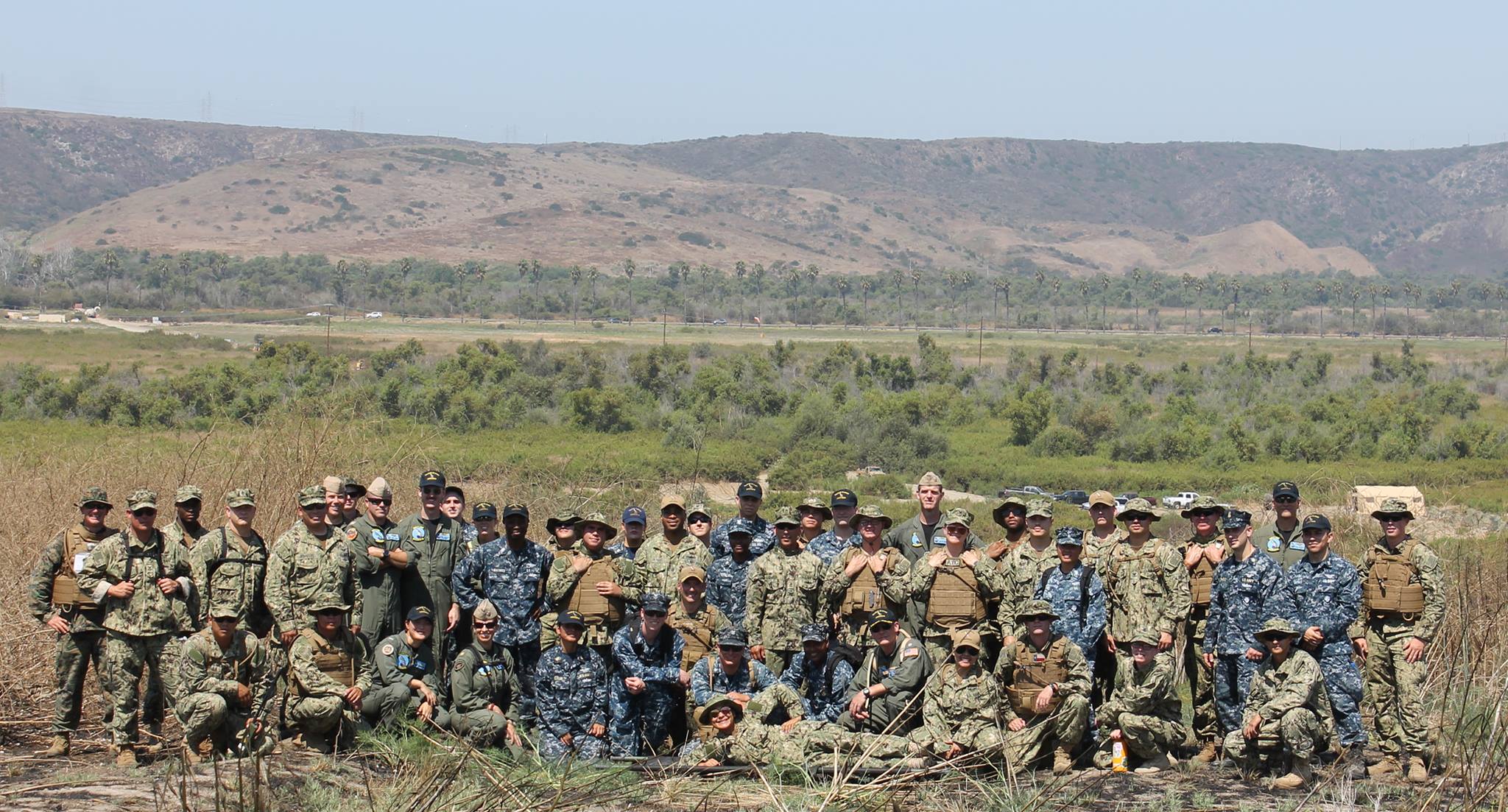 During my visit to Jax Navy the week of June 14th 2020, I had a chance to discuss with the TACRON -11 leadership the role of the squadron. I met with CDR Donte’ Jackson and LCDR Heriberto Cruz, both experienced officers in the MPA community and with regard to the working relationship between P-8 and MTOC squadrons.

A key point made by the officers was the importance of socializing the value of the kind of data which the MTOC, MISR and MPA communities could bring to the fleet.

As CDR Jackson underscored: “Sometimes we get caught up in the new systems and what they can do and neglect the core function of leading the sailors who will use the capabilities which the new systems can deliver to the fleet.”

He sees this as one function of what the TACRON squadrons could bring to the Navy.

Mission support in terms of what the data providers bring to the fight is crucial to shaping an effective way ahead, and certainly in terms of what a kill web approach can do to empower the fleet.

But being data providers does not have the cache of being a Top Gun pilot, but as the data providers become more crucial, a process of change is underway.

The officers underscored that there is significant generational change underway that intersects with the evolving role of the MPA community.

On the one hand, “Sailors are well versed in ASW, ISR and C2,” not just classic ASW functions in the MPA community.

On the other hand, “the new generation of Sailors is able to multi-task much more effectively than the older generations. And the new generation functions better when they gain a grasp of the whole within which their basic task is performed.”

Thus, the officers argued that there was basic synergy between the evolving technology and the capabilities of the new generation of Sailors.

And they see the TACRON squadron as contributing to enhancing this process of synergy, as well.

The new face of the kill web Navy is MISR officers, TACRON squadron members and the warfighters at the information school at NAWDC.

And the focal point of this outcome is to deliver the right information, to the right person in the right time. Learning how to fight at the speed of light is an ongoing challenge.

Adding new MISR and TACRON capabilities to the fleet are the next steps in shaping a more effective capability to meet this challenge.

As I noted in an earlier article:

As we work through force structure change to deal with the new strategic environment, terms like C2, ISR and training are being changed significantly.

New concepts of operations are being shaped, with modifications of existing platforms to play new roles and responsibilities, and new platforms being designed to enable an integratable force.

With the crafting of an integrated distributed force able to operate through interactive kill webs, the ability and capability to shape task forces appropriate to crisis management challenge is enabled.

To do so effectively, rests upon how specific platforms can work together, which, in turn, depends in significant part on what wave forms they have onboard which enables them to work together in a crisis management environment….

When I refer to standing C2 on its head, what I mean is simply, that C2 and wave form availability is becoming a foundational element for force generation in contested combat environments, rather than simply being ways to connect platforms operating in sequential operations….

Put bluntly, C2 systems are no longer commodities added platform by platform; they are the operating infrastructure within which platforms find their role within a scalable, tailorable combat force.

Editor’s Note: The following US Navy story highlighted the standup of TACRON-11:

“This is a watershed moment for the Maritime and Patrol Reconnaissance Force to welcome Tactical Operations Control Squadron 11 officially to Naval Air Station Jacksonville,” said Pottenburgh.

As of June 2020, 179 personnel, to include 26 officers and 153 enlisted personnel, have reported to TOCRON-11 commanded by Gilson who is from Concord, North Carolina.

“As the first commanding officer of TOCRON-11, I am proud to serve alongside such committed and dedicated Sailors in this critical mission,” said Gilson. “Our efforts provide the Maritime Patrol and Reconnaissance Force with robust, agile, and reliable Tactical Operation Centers to maximize maritime domain awareness, command and control, and lethality.”

Assuming command of TOCRON 11 marks the first commanding officer position in her 17-year career. Upon assuming command, she will wear the command pin, established in 1960 to recognize the responsibilities placed on those officers of the Navy who are in command.

“We are committed to the success and wholeness of the entire P-8A fleet and aim to unite MPRF against any and all adversaries by expanding situational awareness throughout the globe,” said Gilson.