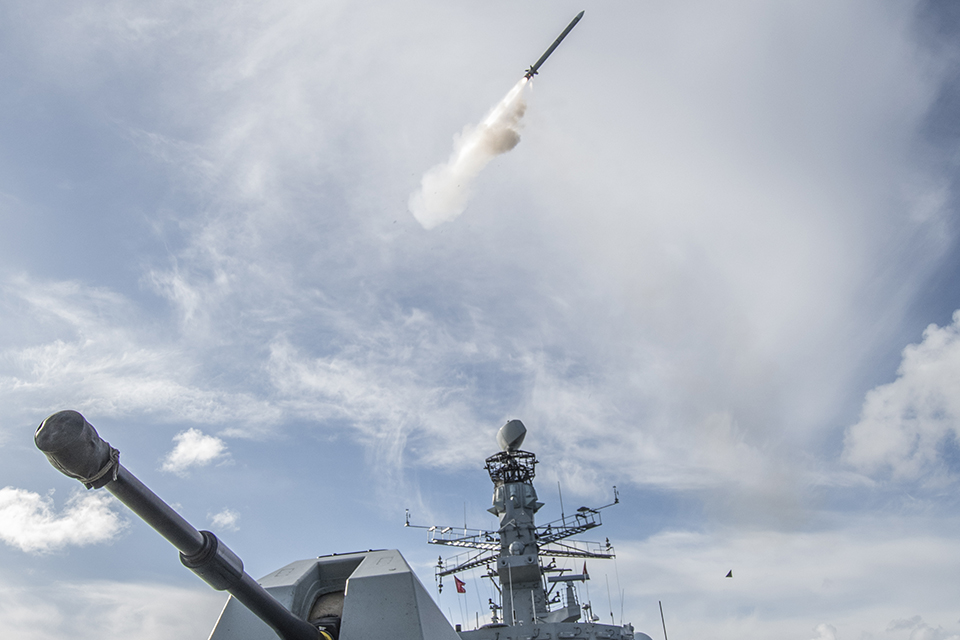 “A world-class missile system that will protect the Royal Navy’s new aircraft carriers has officially entered service, Defence Secretary Gavin Williamson has announced  on May 24, 2018.”

According to a story published on the UK Ministry of Defence website on May 24, 2018:

Sea Ceptor provides a powerful shield against airborne threats, including hostile combat jets, helicopters and other missiles, and has been developed and manufactured through Ministry of Defence contracts worth around £850m.

It will be carried by the Royal Navy’s Type 23 frigates, and has been successfully demonstrated through a trials and test firing campaign that started last year. Most recently, Plymouth-based HMS Montrose became the third ship to test fire the system.

“Sea Ceptor will protect our nation against the intensifying threats we face today and in the future, giving our ships a powerful shield against everything from supersonic missiles to enemy fighter jets.

“Fitting our warships with this ground-breaking technology not only protects our Navy but shows we are world leaders at sea. HMS Argyll will be the first ship to deploy with this cutting-edge system when she heads to support peace and security in the Asia Pacific region later this year.”

The announcement, made at the RUSI Sea Power Conference in London, follows detailed analysis of data gathered during the first of class firing trials by HMS Argyll, which took place last year. HMS Westminster and HMS Montrose, the second and third ships to be fitted with Sea Ceptor, have since also carried out successful firings.

Sea Ceptor has been designed and manufactured by MBDA and is directly supporting 600 jobs in Bristol, Stevenage and Bolton as part of the Team Complex Weapons partnering agreement between MOD and MBDA.

The first firings of Sea Ceptor were conducted from HMS Argyll at the Hebrides range off the coast of Scotland and saw the system tested against a range of complex scenarios – including engaging multiple targets at once.

Sea Ceptor is a major improvement on the existing Seawolf missile system which is being replaced. It offers improved performance against current and projected future threats, the ability to engage multiple targets, and allows the frigates to protect escorted vessels. The system is to be fitted to the Royal Navy’s new Type 26 frigates.

“Sea Ceptor’s entry into service with the Royal Navy is a significant milestone, a massive achievement for everyone involved and a proud moment for the team.

“It’s really exciting to be delivering a new capability that will form part of the protection for the new aircraft carriers and will help to keep our service personnel and our country safe.”

Recently, HMS Montrose took part in the third test firing of the system and successfully intercepted a fast-moving drone target. Within seconds of the missile bursting from the ship’s silo, the simulated threat was destroyed.

“The test firing we carried out represents the successful culmination of a great deal of hard work by many people from Babcock, the Short Range Air Defence team, DE&S, MBDA and the Royal Navy.

“I am extremely proud of my ship’s company for their professional attitude which enabled the test firing to go so smoothly. This missile system represents a vastly-improved capability for the Royal Navy, and puts us ahead of the game in being able to defend ourselves and our new aircraft carriers from threat.”