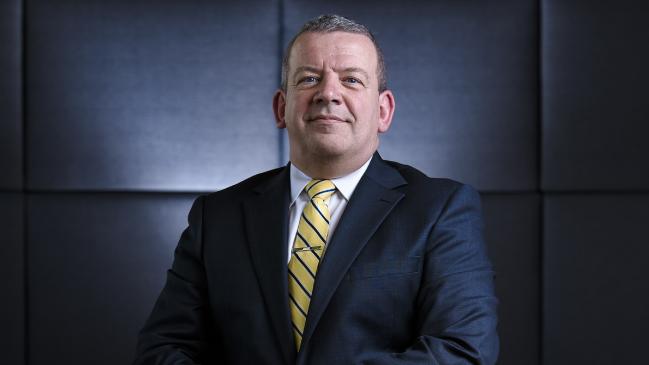 There is a clear misperception with regard to the French and the Australian new build attack submarine.

The assumption seems to be that the contract is in the bag and that the Australians are along for the ride, a ride determined by the French government and Naval Group.

But in reality, only a design contract is signed, with the build set of decisions in front of the team.

The depth of the potential disconnect between the Australians and the French was suggested in an interview last week with the head of Naval Group Australia.

“Less than a week after the ­government launched an audit of major defence projects to ensure sufficient work went to local firms, Mr. Davis was unable to say whether the boats’ Australian ­industry content would reach 50 per cent.

He said the company, which is set to begin construction in 2022, was encountering “specific challenges” regarding Australian industry that were “new to Naval Group”.

“We didn’t know the Australian market before we joined the program,” he said. “Now we have a much deeper insight, and we recognise there is a lot more work to be done than we anticipated.”

One can imagine the outpouring of comments which followed in Australia. Naval Group has raised the question of the capabilities of Australia to deliver on the design and build of the new submarine, but the more fundamental question is whether Naval Group is up to the task.

In an interview I did last year with the former chief of the Royal Australian Navy and a key player in shaping the new shipbuilding approach of Australia, Vice Admiral (Retired) Tim Barrett underscored that the Aussies were NOT building an already designed and built French submarine.

Interestingly, for this French partner, most French analysts would consider sovereignty to be about an ability of the nation to build its military systems on its own.

But for Barrett this approach would be too narrow, particularly in today’s world of rapidly changing technologies and capabilities.

For Barrett, “sovereignty is the ability to act in a crisis, when government requires it, where it requires it and to be able to do so for as long as is needed, to the level you need, with the resources that are readily available to you.”

“We can and indeed will buy other nation’s equipment, but we will operate it in a sovereign manner and we will integrate into our ADF approach.”

From his perspective, Australia was not building a Barracuda, for it is a new design submarine.

“We are designing the Barramundi ( – which is a well known Australian fish).”

But the new build submarine program really is about a two-way street working with France.

“The whole point of this exercise is that we leverage each other’s skills: they learn from us as much as we learn from them as they develop their business and manufacturing processes as well.”

This is clearly part of a potential French strategic opening in the region as well.

“They are clearly re-establishing their presence in the region, as recent French naval activity demonstrates as well as the public policy statements made by President Macron as well.”

Building a Barramundi rather than a clone of the Barracuda is a clear challenge facing Naval Group.

The Australians are looking for a new approach to building a shipyard, and building out both French and Australian skills to do so.

The question though is France is such a crisis that it cannot make the industrial transiton to leverage the Australian opportunity?

The Australians are not looking to become France West; they are looking for the French to grasp a strategic opportunity to reshape their own approach to design, and production.

It is not about bringing an approach to Australia; it is about co-developing a new one.

Is Naval Group up to this challenge, notably with the change of CEOs underway in the Group?

And with the crisis gripping Europe, and Macron’s government in particular?