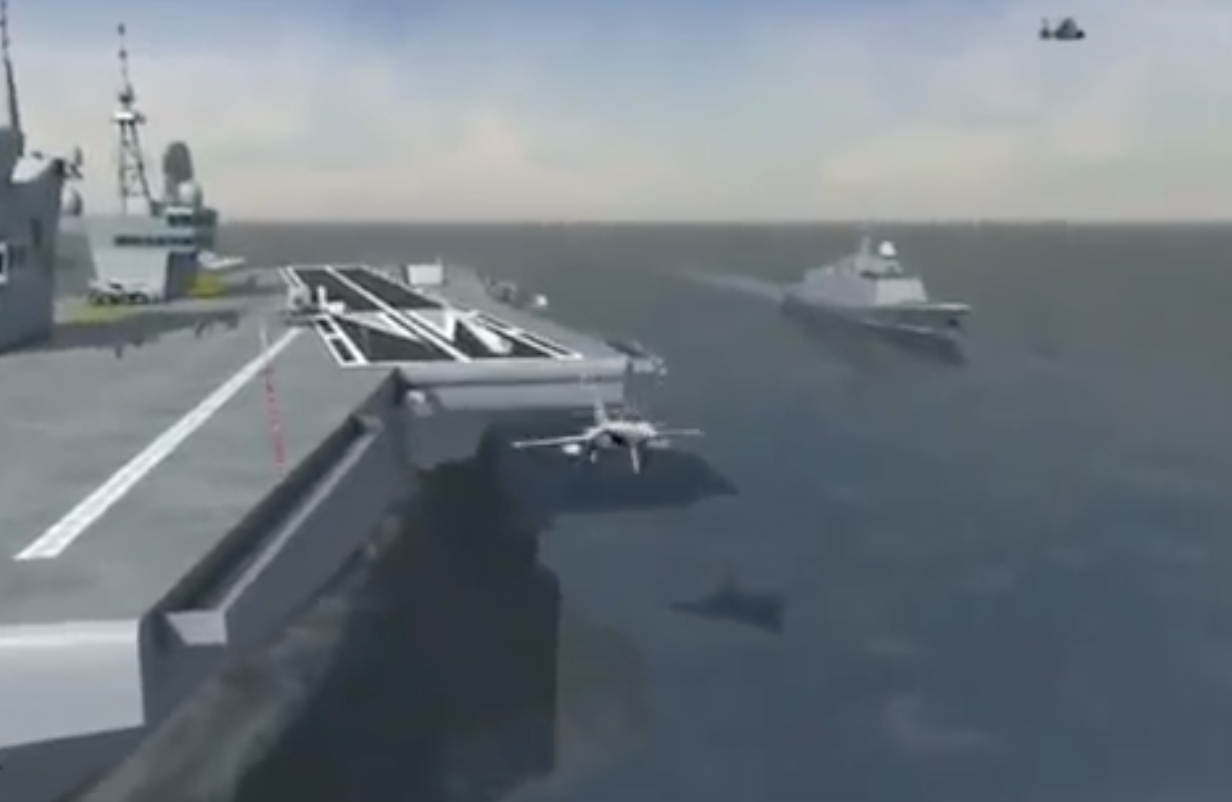 Paris – A new-generation aircraft carrier to succeed the Charles de Gaulle flagship would cost at least €5 billion ($5.6 billion), with a larger price tag if France opted for nuclear propulsion over a conventional engine room, a June 24 French senate report said.

The wide-ranging senate report on a next-generation carrier examined nuclear and conventional power, the significance of a planned Next Generation Fighter, and a US electromagnetic catapult instead of a steam system.

Studies from industry and the defense ministry have been delivered to the president, Emmanuel Macron, who was expected to decide soon on technology and financial options, and a timetable, said the report, co-authored by senators Olivier Cigoletti and Gilbert Roger on the foreign affairs and defense committee.

The carrier was a symbol of military capability and backed a French seat at the top table in the UN security council, Nato, and European defense, the report said.

France, Russia and India each operated one carrier, Britain and China have two, while the US sailed 11. Only France and the US sailed nuclear-powered carriers.

Announcement of a major arms project could be seen as politically charged, with national debt rising to 120 percent of gross domestic product in the wake of the Covid 19 crisis, amid calls for calls for support in the civil sector, such as pay rise for health workers.

The report pointed up a lack of information from industry and the DGA ahead of an announcement by Macron.

“Regarding the amounts for acquisition of a new aircraft carrier, it is clear there is a very wide range of costs,” said the senate report. “Today, the scale of costs runs to several billion of euros, undoubtedly at least five billion – and more, if the nuclear propulsion were chosen.”

There had been talk of €6-€7 billion, but there had also been a lack of information on the comparative cost of nuclear and conventional power, Cigoletti told June 24 the foreign affairs and defense committee.

The price would fall if a second ship were ordered, spreading development costs and bringing economies of scale of 30-40 percent, the report said. A second vessel offered a permanent carrier presence at sea, compared to 63 percent availability of the Charles de Gaulle.

On an illustrative basis, there could be annual spending of €450 million on a new carrier, accounting for 1.5 percent of the defense budget and 0.02 percent of gross domestic product over at least 10 years, said the report, drawing on Institut Thomas More, a think tank.

“The Direction Générale de l’Armement (DGA) has conducted initial cost estimates,” the report said. “Despite our requests, we have not been able to obtain details, particularly costs respectively for the nuclear option and conventional option, nor building cost of sister ships.”

The DGA, when contacted for comment, said, “The budget for building a new generation aircraft carrier is one of the factors in the framework of structural scenarios and an overall view taking into account in its design not only investment, operations and service over the operational life of the ship, but also its contribution to French sovereignty and strategic autonomy, maintaining capability and employment in France.”

The report was highly informative but showed a lack of transparency from the armed forces ministry, which would like an open check from parliament, parliamentarian François Cornut-Gentille said on social media. It was impossible to comment without considering the financial impact of the various options, he said.

Some €154 million has been earmarked in the 2019-2025 military budget law for development of a new carrier, which the senators hoped will be confirmed when the multiyear budget is updated, the report said. The bulk of spending will fall in the next multiyear budget after 2025.

The key aircraft for the carrier will be a planned Next Generation Fighter, expected to weigh some 30 tons, more than the Rafale which weighed a little more than 20 tons, the report said.

The new fighter will be the core element in the Future Combat Air System, which included remote carrier drones.

Studies commissioned 18 months ago and worth €36 million were delivered to Macron, who had intended to make an announcement in June, but the Covid 19 crisis had pushed that back in the president’s agenda, the report said.

Technicatome provides maintenance of the two nuclear engines on the Charles de Gaulle.

The studies generated several concepts, some of them new, but for now the design included a diagonal runway, catapults and arresting gear, with choice of nuclear or conventional engines.

The number of aircraft on board would also decide the size of the new carrier, which would also carry the new generation Hawkeye spy aircraft and helicopters, the report said.

The design of the carrier would need to accommodate the management of unmanned and manned aircraft in hangers, on the flight deck, and when flying at close and long range, said said Hervé Guillou, chairman of Gican, a trade association for the naval industry.

An armed Rafale weighed 25 tons and would continue flying on the new carrier, while studies on the FCAS indicated the new fighter weighing some 30 tons, Adm. Christophe Prazuck, navy chief of staff, told parliamentarians Oct. 23 2019.

“How to catapult such an aircraft?” he said. There were electromagnetic catapults already on US carriers and being installed on Chinese vessels, he said. These US catapults were 90 meters long, could catapult “very heavy” aircraft of some 30 tons as well as lighter drones, while not wearing out the aircraft, he added.

The FCAS was expected to enter service around 2040, the same time as a successor vessel was due to sail with the Charles de Gaulle due to be retired in 2038, the report said. The timetable for building a new carrier should be speeded up, with the ship being launched in 2030 and entering service in 2035.

The size of crew cabins was critical, as the infection of Covid 19 on the crew of Charles de Gaulle showed, the report said. The new cabins should accommodate no more than six or eight crew members, compared to the 10-12 per cabin in the present carrier, which had a maximum of 42. Designed in the 1980s, the Charles de Gaulle failed to meet standards in 2020.

Nuclear or not nuclear

A nuclear-powered vessel offered “undeniable advantages in terms of operations and autonomy,” while designing and building an atomic naval engine would sustain know-how, Prazuck said.

A nuclear-powered carrier played a significant role in how the US saw France, with power projection seen as a critical factor, as well as a capability to assess independently, gather intelligence and share that information with allies, particularly those in the Five Eyes  community, namely Australia, Britain, Canada, New Zealand and the US, the report said.

The biggest inconvenience of nuclear engines was an 18-month overhaul every 10 years to install fresh nuclear fuel, and a further six months to return to full service, the report said. If the Charles de Gaulle were extended in operational life beyond 2038, a further replacement of nuclear fuel would be needed.

Whether nuclear or not, the carrier would need to be larger than the Charles de Gaulle to meet operational needs, particularly the FCAS program, the report said.

“No decision has been taken at this stage,” the report said.

On the negative side, there were threats of hypersonic missiles, increasingly stealthy enemy submarines, and China developing maneuvering ballistic missiles, dubbed carrier killers, the report said. That risk called for defense systems to improve as threats evolved, and signalled  the challenge for the air defense frigate, which is being built.

With 10 years of the Lancaster house Anglo-French defense treaty hoving into view and the Royal Navy soon sailing two carriers, was there not scope for cooperation, Christian Cambon, chairman of the foreign affairs and defense committee, asked parliamentarians. That mutual support would lead to having two out of three carriers out at sea at any given time.

“The United Kingdom, which has two aircraft carriers and the deterrent, is a natural partner,” he said. If European defense were to be built, mutual support should be considered.

The senate report opens with a quotation from History of the World, by Walter Raleigh, seaman and adventurer who sailed to America in the Elizabethan age:

The featured graphic is from a Naval Group video portraying next generation carrier for the French Navy.