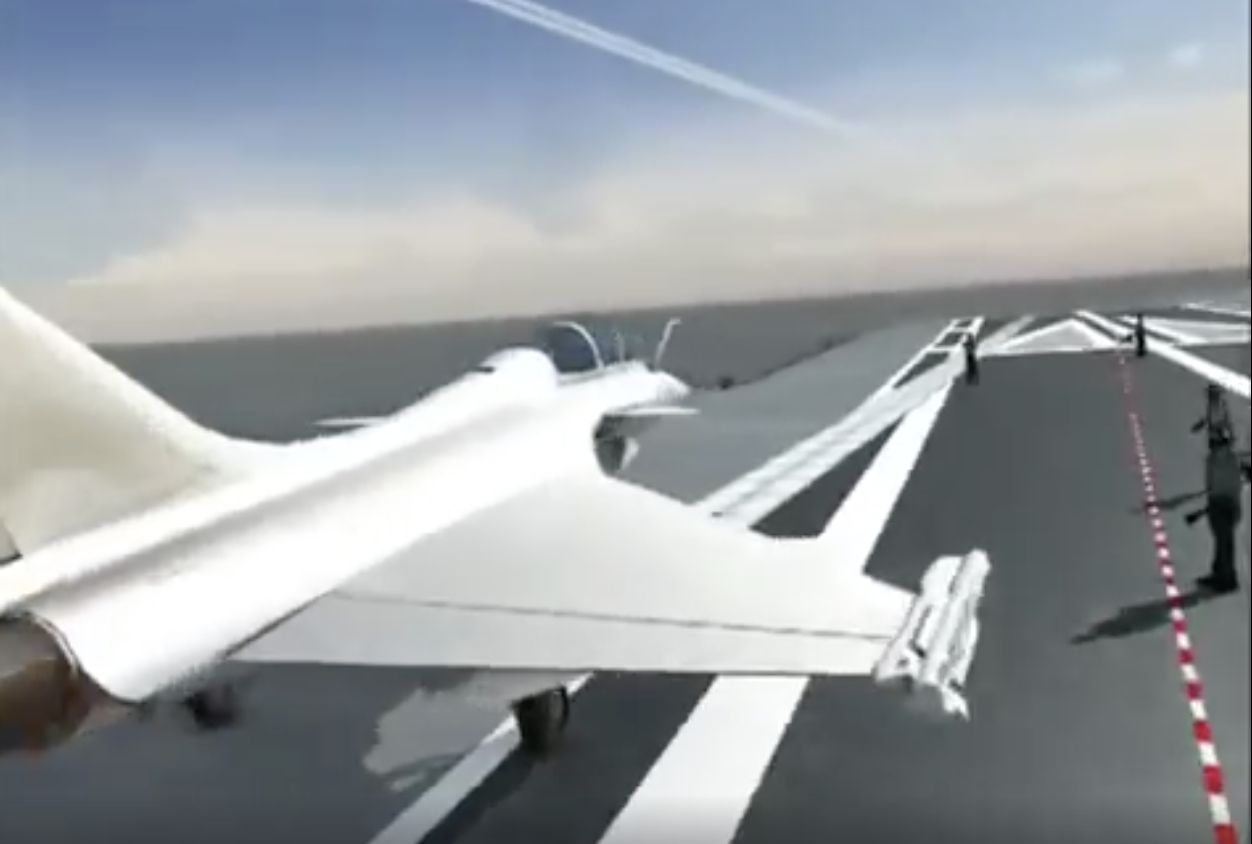 Paris – A US electromagnetic catapult on sea trials has sparked industrial interest and political debate as France considers launching a project for a new aircraft carrier estimated to be worth at least €5 billion ($5.6 billion), a French senate report said.

Fitting two 90-meter Electromagnetic Aircraft Launch System (EMALS) offered greater “flexibility and reliability” than steam catapults, and made the French vessel interoperable with aircraft flying from US carriers, said the June 24 report from senators Olivier Cigoletti and Gilbert Roger of the foreign affairs and defense committee.

That new catapult raised questions of dependence on US technology while France sought strategic autonomy, said the report, which gave a positive view of transatlantic ties in the carrier community.

US catapult seen as essential

Nuclear power and catapult assisted take-off but arrested recovery (CATOBAR) were strengths of the French flagship Charles de Gaulle carrier, which could be maintained on a successor vessel, the report said.

That catapult distinguished the French warship from the British carriers, Queen Elizabeth and Prince of Wales, equipped with a ski jump flight deck for Short Take-Off and Vertical Landing (STOVL) for the F-35B fighter jet, the report said.

The Charles de Gaulle, dubbed 42,000 tons of diplomacy, was a military capability of nuclear-powered force projection, and a symbol of national sovereignty and strategic autonomy, the authors said.

“The American electromagnetic catapult system EMALS seems highly appropriate, offering greater flexibility and reliability than the present steam catapults while maintaining the equipment as the reduced stress extends the service life of the aircraft,” the report said.

Steam catapults were likely to be withdrawn from service in 20 years’ time, and EMALS would make the French vessel interoperable with US aircraft flying from the Gerald R. Ford class of carriers, the report said.

The Charles de Gaulle operated with a US catapult, and British catapults equipped two previous carriers, Foch and Clemenceau.

The French naval trade association has presented ideas to the government for potential industrial offset if the American catapults were ordered, said Hervé Guillou, chairman of Gican, the industry body which represents some 20 companies, including Naval Group.

Those offsets could include local assembly and maintenance of the catapults, which would require a limited amount of technology transfer.

While there is little expectation of extensive technology transfer, there is a search for work for French industry in exchange for ordering the US equipment.

“The ideas for offset are not limited to EMALS and could include a wider range of activities from General Atomic such as drones, energy and other sectors,” he said.

The catapult was one of the concerns of the rapporteurs, and French industry should be able to take part in the project, which would grant a certain autonomy, co-author Roger said.

“American aircraft carriers of the Nimitz class will continue to operate with steam catapults but this technology will probably be discontinued in some 20 years time,” the report said. To continue steam catapults or build its own electromagnetic system, France needed to set up an industrial capability.

“The requirement would not deliver the critical mass needed to set up this industrial sector,” said the report, which pointed up close ties with the US.

The US is very much aware France is the only power to have a nuclear carrier with catapults and arrestor gear interoperable with the US navy, with cooperation dating back to the pot second world war era, the report said.

“Moreover, the United States is also mindful of the interests of its industry; it would be highly prejudicial to them not to remain a reliable partner,” the report said.

A US catapult on the Charles de Gaulle required an American officer to be on board, reflecting carrier cooperation which remained close even when relations were strained between Paris and Washington in 2003, the report said.

Bilateral ties weakened in 2003 when France stayed out of the US-led invasion on Iraq, such that a congressman renamed French fries as freedom fries.

Installation of EMALS brought reliance on the US, which seemed to contradict French  autonomy, but the report found no major obstacles to using the catapults. The 75-meter steam catapult on the Charles de Gaulle was American, posing no problems for the French navy.

The new carrier could be equipped with two catapults, allowing a back up capability, the report said. The vessel could also launch and receive aircraft simultaneously, a capacity unavailable on the Charles de Gaulle.

The US navy was testing EMALS, with almost 3,500 launches conducted, and the system would be largely tested by the time a new French carrier were built, the report said.

A fault on the EMALS on the Gerald R. Ford meant the carrier could not launch aircraft for five days while at sea, the US navy said in a June 7 statement, USNI News reported.

The featured graphic is from a Naval Group video portraying next generation carrier for the French Navy.