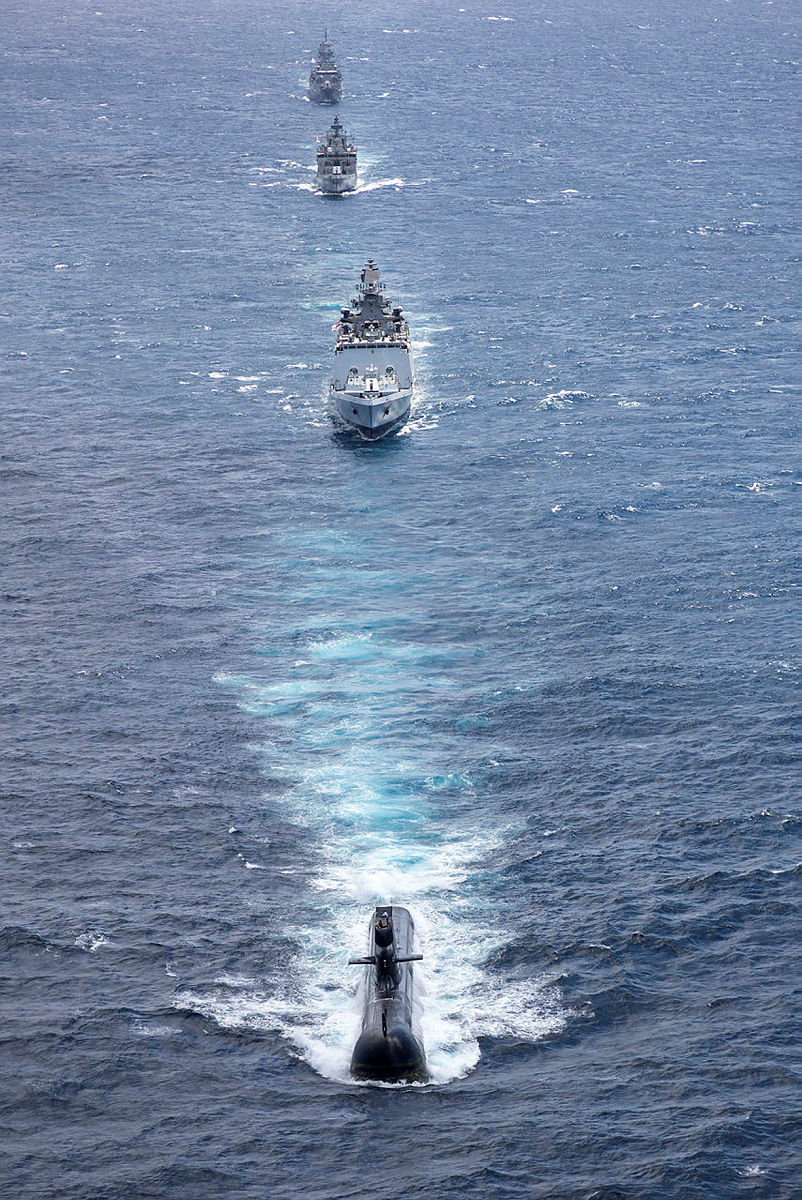 In an article published by the Australian Department of Defence on September 5, 2021, the latest round of AUSINDEX was highlighted.

This week the Northern Territory will host the biennial AUSINDEX maritime warfare exercises between the Royal Australian Navy and the Indian Navy.

AUSINDEX 21 provides our Navies an opportunity to strengthen joint defence capabilities in support of a stable and secure Indo-Pacific region.

Commander Australian Fleet, Rear Admiral Mark Hammond said that the fourth iteration of AUSINDEX will deepen the Defence relationship between our two nations.

“Australia and India are comprehensive strategic partners. We share a commitment to increasing the regularity and complexity of our military training so we can be confident in our ability to work effectively to respond to the maritime security needs in our region.

“Each time our nations come together we develop further maritime interoperability by exercising more involved warfare serials demonstrating our strong commitment to an open, secure and prosperous Indo-Pacific region,” he said.

AUSINDEX 21 will be held between 5-13 September and includes a contactless, COVIDSafe harbour phase in Darwin, followed by a sea phase in the North Australian Exercise Area.

The ships will be joined by an Australian submarine, a Royal Australian Air Force (RAAF) P-8A maritime patrol aircraft, RAAF tactical fighter jets, as well as embarked helicopters from both navies.

Rear Admiral Tarun Sobti, Flag Officer Commanding Eastern Fleet, said the exercise would build on the recent navy-to-navy warfare training that was conducted during Phase One of Exercise MALABAR 21 off Guam.

“This exercise will further strengthen the bilateral partnership and interoperability with the Royal Australian Navy in the Indo-Pacific region. We are looking forward to adopting best practices from the RAN and to build on the warfare training standards achieved in Exercise MALABAR 21,” he said.

First held in 2015, AUSINDEX has increased in complexity with each iteration. The successful 2019 event in India saw the first anti-submarine warfare exercises and also the first coordinated P‑8 maritime patrol aircraft missions take place over the Bay of Bengal.

This is the first time AUSINDEX has been held in the Northern Territory.

And this is the caption provided for the photo as well: Royal Australian Navy and the Indian Navy are training together in the biennial AUSINDEX 21 maritime warfare exercise.

AUSINDEX 21 runs from 7 to 13 September and includes a contactless, COVIDSafe harbour phase in Darwin followed by a sea phase in the North Australian Exercise Area.

First held in 2015, AUSINDEX has increased in complexity with each iteration.

The successful 2019 event in India saw the first anti-submarine warfare exercises and first coordinated P-8 aircraft missions over the Bay of Bengal.