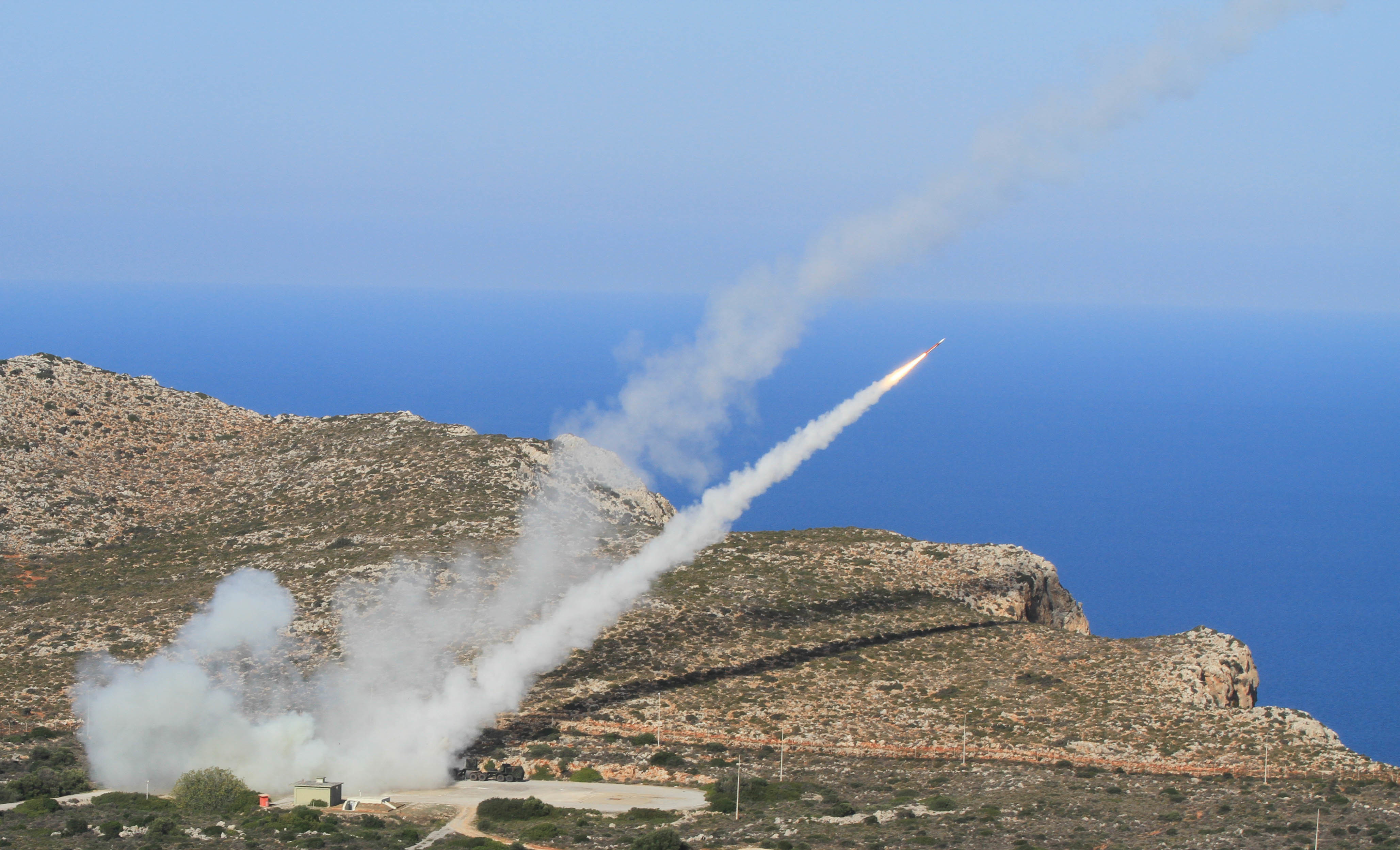 How busy is US Army Air Defense Artillery?

“We have been at war for two decades in the ADA community, operating worldwide, and hardly anyone has noticed,” one general told us a few years ago in the Pacific — and that was before the US deployed the THAAD missile defense system to South Korea.

“Whether you’re stateside, whether you’re deployed for overseas, whether you’re in a combat zone, or you’re in a friendly nation, you have to be ready for action. No matter where I am, the question is the same: are we ready to start?” air defense Sergeants First Class Nicholas Martin and Jonathan Pace told us when we visited Fort Sill, home of Army air defense. “Can we heat up the missiles now and fire them? Are we watching the skies correctly? Even if you’re not in a combat area, you’re always watching the sky, because in a scenario where nobody’s fighting, the air defense is still watching.”

For decades, enemy air defenses were the US military’s first target in a conflict. American air defenders know full well they will probably be the first target for a peer adversary.

The ADA force has shifted over time from anti-aircraft defense to missile defense as Patriot and THAAD have become the most visible parts of the force, while Short Range Air Defense (SHORAD) has atrophied. Now the Army is urgently trying to rebuild its SHORAD capability against drones, helicopters, and attack jets, even as it seeks to expand its missile defenses against cruise and ballistic missiles. Stopping a few North Korean or Iranian missiles is no longer enough, as it was in the 1990s: Now the concern is increasingly a massive (non-nuclear) strike by Russia or China, who see ballistic missiles as simply a longer-range form of artillery.

All told, Air Defense Artillery is at the heart of Army’s transformation from a counter-insurgency force to one prepared for higher-tempo, higher-intensity combat operations against a major power. The ability to protect the force against enemy missiles and aircraft is a key element of what is being referred to as multi-domain warfare, part of the broader shift by all four services towards dealing with peer competitors in contested environments, where air superiority needs to be created, not assumed.

The deployed air defense forces are priority systems, kept well supplied and well trained. They have demonstrated a remarkable level of availability: according to our discussions at Fort Sill, more than 95%.

Their training has been historically tied to specified geographical regions where they expected to deploy, but the increasing global nature of conflict means that you may need to move to an unexpected fight. As we learned during our visit to Fort Sill, the ADA force is training for that shift as well.

For example, the Patriot batteries train to two types of mission. The first is to prepare for the specific area of interest where they are specifically scheduled to be deployed; with the simulators programmed for the real combat situation likely to face the operators. But increasingly there is a second type of training as well, for what the Army calls Global Response Force or GRF scenarios. These scenarios put a premium on flexibility because they involve preparing for rapid deployment to a crisis, which might pop up worldwide, training against a variety of threats and scenarios.

The US air defense community is at the cutting edge of international practice. Indeed, there is a Patriot global enterprise of several allied nations operating Patriots, and with the Poles becoming the latest Patriot operator. This creates important opportunities to work together in a crisis — albeit limited by the differences among the Patriot variants operated by different countries,

For the future, there is a lot of discussion about the importance of artificial intelligence for the force. But again it must be noted is how much AI is already in the force. Patriot and THAAD are fully capable of automated launch. The constraints on the man-machine interface going forward will depend on the nature of the threat – the speed and scope of incoming strikes – as well as the nature of the Rules of Engagement (ROE) in place.

With regard to ballistic missile threats, the ROE are very clear: the ADA warriors can respond rapidly. With aircraft and cruise missiles, the situation is different because these air-breathing threats move more slowly. One thing that will have to change is how to shape ROEs that allow for rapid response in case of adversary cruise missiles and aircraft. As AI decision making tools evolve, the ability of the machines themselves to discriminate among threats and to inform the operator will allow more rapid decision making at the appropriate level as well.

A foundational change in the Army’s approach to ADA command and control can pave such a way ahead. The Army has decided to have a common C2 system across its missile defense force, first integrating Patriot and THAAD, then future systems such as IFPC (Indirect Fire Protection Capability). The Army calls this new C2 the Integrated Air & Missile Defense Battle Command System or IBCS. Indeed, when Poland recently acquired Patriot, Warsaw insisted that IBCS be packaged with its Patriot system. IBCS’s open architecture will allow Poland to integrate their shorter-range air defense systems with Patriot as well.

IBCS has been tested last year and clearly works. It is a significant acquisition breakthrough for the Army. Instead of having every missile defense system requiring its own expensive, tailor-made command-and-control, the Army can make it a requirement for companies to provide systems that are IBCS compliment. This means that the Army can then focus on buying missiles and sensor as commodities to be plugged into the IBCS network, rather than buying a stovepiped C2 system for each one.

There is a challenge, however, which occurs across the software-enabled 21stcentury combat force. Whether an F-35, a Triton drone, or IBCS, it is hard for Washington decision makers not to keep adding requirements that require rewriting code, rather than getting it good enough to deploy and then upgrading it over time through a spiral development process. Clearly, IBCS needs to get into the field, rather than endure a drawn-out process of requirements growth and software rewrites. The US Army needs to have a Nike moment with regard to IBCS: just do it.

This article first appeared in Breaking Defense on April 17, 2018.