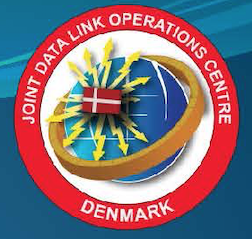 During my visit to Denmark in October 2018, I had a chance to visit Karup Airbase.

And while visiting the airbase met with Major Knud Agis Larsen and his staff working the major challenge of shaping and working a connected force.

They are a joint center and have evolved through the growth of Danish Air Force expeditionary operations and have worked the Link 16 joint force effort over time.

I had a chance while visiting Skrydstrup to talk with the F-16 squadrons and to focus upon the path of modernization of their F-16s through the transition from being a garrison force to an expeditionary force.

This transition has entailed many changes for the Royal Danish Air Force, including carrying new weapons and being linked into coalition partners as well as other Danish platforms through various evolving link capabilities, notably Link0-16.

In a 2006 briefing by Michael Tarp Hansen, then the Link 16 Program Manager for the Royal Danish Air Force, the journey being undertaken by the Danes to become a linked force was outlined.

In that briefing is a statement by the late Vice Admiral Arthur Cebrowski, which is to be found in the offices of Joint Data Link Operations Centre: “If you are not Link 16 capable, you will not be welcomed on the US battlefield, and in fact you will be considered a blue on blue engagement generator – a threat to friendly and coalition forces.”

In the 2006 briefing, the comprehensive and forward leaning approach of the Danes to become a Link-16 capable player was outlined.

And in the briefing it was indicated that a Link 16 capacity is not driven by homeland defence requirements.

“The Link 16 infrastructure in Denmark will serve the purpose of training – to support link 16 platform aspirations to become reliable coalition partners in international operations.”

In the 2006 briefing, the Joint Data Link Operations Centre was highlighted as a key element of building a Link 16 infrastructure, and to support training.

12 years later, the Centre has been involved in a key transformation of the Danish forces to become oriented towards what a connected force can do as opposed to what organic assets can do by themselves.

They have added to the coalition habit of the Danes and link habit as well.

And going forward in dealing with direct defense of Denmark and of the broader coaltion to defend Northern Europe, this link habit is a key part of the transformation of the Danish forces, notably as they bring online their F-35s.

It will be challenge to sort through effective ways to leverage the F-35 within the national C2 system being put in place, but there is little question that comprehensive approaches and thinking about which systems and how to link them is a core capability which the Danes which to be able to leverage and deploy.

Put in other words, links are a weapon.

It is not just a question of what platforms can do organically it is about what packages of force inclusive of C2 can do in the direct defense threat environment.

Thus, although Link 16 was born in the context of the Danes looking to expand their evolutionary capabilities, it is now migrating into the extended homeland defense environment. The Joint Data Link Operations Centre at Karup Airbase is “the Danish centre of excellence to provide the planning, design, coordination, management and execution of data link activities in support of national, NATO and coalition operations within the Danish FIR.

“It is also tasked with supporting national platform and their activities outside the Danish FIR, i.e., training exercises or out of area operaitons.”

FIR refers to Flight Information Region and is a geographical area defined by the civil aeronautics authorities, as the area, in which Danish Air Traffic Control has the authority.

The JDLOC is the National Centre of Excellence within Tactical Data Link (TDL) operations.

And the core tasks pursued by JDLOC in this role were identified by Major Knud Agis Larsen as follows:

Major Knud Agis Larsen underscored that the Centre does not produce data per se.

“We design, establish and maintain the infrastructure necessary for exchanging of Tactical Data between C2 units and fighting platforms.

“We are the hub between various C2 systems, different tactical data link systems as well as across different domains.”

The expeditionary operations as well as Danish reach into the Arctic and into Greenland provide a challenge of operating over distance, that a non-Dane might simply not included, within the challenges of linking and communication of the force or between the force and military and civilian authorities.

But this means that the Danes have had to work non-line of sight capabilities for Link-16 which involves among other things ways to move Link 16 data over various other networks as well.

And with the IP revolution, the Centre has found ways to send Link 16 data over various IP systems as well.

But the coming of the F-35 and other new systems will challenge the legacy approach and the Centre will have much to do to work the new approaches to connectivity.

As Major Knud Agis Larsen argued that “the coming of the F-35 will require a fifth generation mindset in working through the challenge of linking the force.  It will be crucial to develop the infrastructure appropriate to and able to leverage what the new platform will bring to Danish and European defense.”

The need to focus on infrastructure for the new defense force notably in the context of the return to direct defense is a key one.

The concerns of Major Knud Agis Larsen resonated very much with what our colleague Air Vice Marhsal (Retired) Blackburn has underscored within the evolution of Australia defense evolution as well.

Whilst some in Australia might only think about 5thGen as being the platforms such as the JSF, the implications for how we network, integrate and use the force are fundamental.

For a Northrup Grumman publication which clearly explains the different types of data and video links, see the following:

This special report highlights Naval Group activities in the past year as well as challenges facing the Group. The featured photo is of Australian Minister for Defence, Senator the Hon Linda…

Colonel Jack Perrin on the CH-53K Program: An Update on a Key Program

Recently, I went to Pax River Naval Air Station to get an update on the CH-53K program from Colonel Jack Perrin, Program Manager, PMA-261 H53 Heavy Lift Helicopters, US Naval…

The Economic Engine for Putin’s Russia: The Kleptocracy Downside

Standing up the Second Fleet: President Trump Focuses on the Russian Challenge

Daytona 500 Versus the Oscar Moment: Trump Versus Obama and His Legacy

Europe as a Crush Zone

An Update on the Sikorsky-Boeing Defiant Compound Helicopter

As the political structure of the world changes, we confront an unknown military future. This fact is as old as war. However, the speed of change is new. In The Swarming Mind, we examined how the new paradigm of networked systems and mass inter-connectivity drives

Two questions are frequently raised about the process that selected Australia’s preferred partner for the design and build of the future submarine. The first is why the Defence Department didn’t…