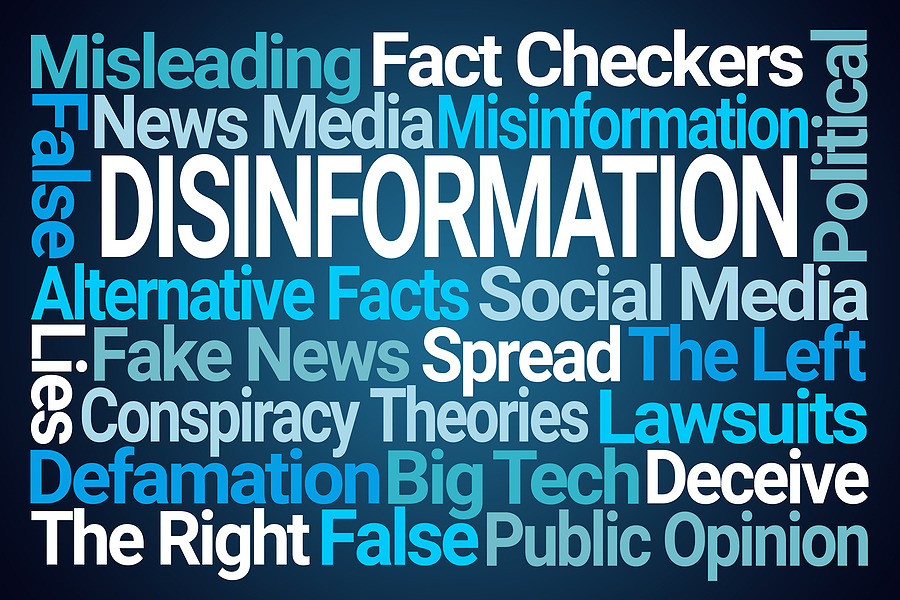 While at first glance these threats appear distinct, they are intimately linked with foreign-sponsored disinformation campaigns – disinformation is involved in varying degrees with all of them.  Despite this ubiquity, the Government of Canada does not have a strategic national counter-disinformation plan.

It is no secret that foreign actors have, to varying degrees, sponsored disinformation campaigns against the West. These campaigns are designed to encourage political polarization, demoralize, insight social unrest, and exasperate pre-existing social tensions in the West. A recent report from the Communications Security Establishment’s (CSE) Centre for Cyber Security (Cyber Centre) echoes this and adds that, while foreign-sponsored disinformation campaigns may not be targeted against Canada, our close cultural ties and physical proximity to high priority targets of disinformation such as the U.S. result in Canadians being collaterally exposed to disinformation.

This is not to suggest that disinformation should not be taken seriously by Canadians. Whether impacted directly or collaterally, the damaging effects of disinformation remain the same.

One might imagine that a national counter-disinformation strategy or some other strategic level government plan must lay the foundations for Canada’s response to disinformation.  Unfortunately, no such strategy exists.

While many national security experts agree that disinformation is a significant problem, its specific effects are difficult to empirically measure. This, and the inherent difficulties of differentiating disinformation from critical opinion, the latter forming part of the foundation of liberal democratic society, compound the difficulty in crafting effective counter-disinformation policy.

This article does not pretend to contain all the answers to this challenge, however, more must be done. In the cliché words of General Patton, “a good plan now is better than a perfect plan next week.”

Although difficult to universally define, most research generally defines disinformation as misleading information that is deliberately spread to encourage social unrest and destabilize/demoralize a target audience.

While state-sponsored disinformation has taken many forms in the past, today it is largely promulgated through social media platforms. This can be seen reflected in the MILLIONS of posts that were collectively shared by Russian internet trolls in the lead-up and immediate aftermath of the 2016 U.S. presidential election. At such a scale, anyone with a moderately active social media presence simply needs to scroll through their feeds and they will, with relative certainty, be exposed to disinformation.

This unfortunate testament to the pervasiveness of disinformation is even more true for those who – through their likes, follows and subscriptions – have indicated their interest in politics to the omniscient social media algorithms. Algorithms that are designed to favour shocking content and, as an unintended consequence, have proven to be one of the most useful tools in spreading disinformation.

The question remains – What to do about disinformation in Canada?

As mentioned, the Government of Canada does not have a national strategic counter-disinformation strategy. The closest the federal government has ever come to tackling disinformation in a meaningful way was the establishment of the SITE Task Force aimed at securing the 2019 federal election. Disinformation being collaterally included as one of many potential threats to be addressed.

If the example of disinformation’s effect on the troubled 2016 U.S. presidential election did not warrant the creation of a Canadian national counter-disinformation strategy, the events of 6 January 2021 most certainly should be.

Despite Ottawa’s inaction on this front, the Government of Canada has several versatile policy instruments and government bodies through which disinformation could be addressed. Organizations such as the Communications Security Establishment (CSE) and the Canadian Security Intelligence Service (CSIS) come to mind as obvious stakeholders in coordinating and/or leading such an initiative – but these organizations come with several drawbacks.

That is to say, being notoriously secretive and private (and for good reason), the security and intelligence community may have structural difficulties in tackling such a public threat as Disinformation. Not surprisingly, disinformation operates not behind closed doors or in private meetings, but in the metaphorical public square.  As such, any response must hinge upon open interaction and education initiatives with the public.

On the other hand, CSE’s Cyber Centre is an arguably well-placed to lead such an initiative. It is one of the only organizations in the defence, security, and intelligence community that is public-facing to a certain degree.  Moreover, the Cyber Centre is theoretically staffed by technical and policy experts who understand both the technical aspects of telecommunications as well as the social/political aspects of security policy – a counter-disinformation dream team some might say.

Although an arguably strong contender, the Cyber Centre also has several challenges facing its potential leadership of a Canadian national counter disinformation strategy.  These challenges manifest themselves across two broad fronts – financial and political.

As with any government initiative, the almighty dollar must be considered.  Having nearly reached a $1.5 trillion deficit (and with a minority government in power), the federal government may not be keen on expending resources on new projects.  Especially those related to defence and national security – an area where Canadians generally show less interest.

Building upon that, expanding the Cyber Centre’s mandate to include leading Canada’s response to disinformation could be perceived as significant mission creep.  Being a relatively young organization and with an already important mandate, CSE and the Cyber Centre may have little interest in expansion. This is especially true when considering the difficulty in securing additional funding/resources in the current political environment.

However, whether we like it or not, the Canadian information environment is being targeted. While there are no clear answers for how to address this insidious problem, doing something is far preferable to doing nothing. The costs of inaction against disinformation having been undeniably demonstrated by recent events in the United States make this clearer than ever.

Alexander graduated in 2017 from the Regular Officer Training Program at the Royal Military College of Canada with a BA Psychology and a Minor in Politics.  He is currently a graduate student at Wilfrid Laurier University pursuing a Master’s of Public Safety specializing in National Security.  His research and professional interests include national security, intelligence, and the threat disinformation poses to 21st century Western liberal democracies.  Alexander has previously published an article on disinformation policy in the Atlantic Forum’s quarterly journal, Atlantica.

The opinions expressed in this work are solely those of the author and do not necessarily represent the views of any organization(s) affiliated with the author.

He can be contacted at [email protected]

This article was published by our partner Front Line Defense in their latest issue.