An undisclosed African country has ordered $110 million worth of Arma 8×8 and Cobra II 4×4 vehicles from Turkey’s Otokar, which will begin deliveries next year.

The company said late last month that the contract marks the first order for Arma vehicles from Africa – it has previously sold a large number of Cobra vehicles on the continent.

The contract includes spares and training. Deliveries will begin next year and conclude by the end of 2022.

Otokar General Manager Serdar Görgüç, said, “With this order, our Arma 8×8 vehicle will be an African passenger for the first time; it will serve in the African continent. It also makes us proud that this new order came from a country to which we have been exporting before. Our vehicles, which our user has included in his inventory…became a reference for this new order; they preferred Otokar to meet their 4×4 and 8×8 tactical wheeled armoured vehicle needs.”

Otokar began development of the Arma in 2007 as a company-funded venture, and unveiled the vehicle in 2010. The company describes it as a modular multi-wheeled armoured vehicle with good tactical mobility, high mine and ballistic protection and a variety of medium- and large-calibre weapons integration options, up to and including a 105 mm main gun. A double walled V-shaped hull provides protection against landmines. 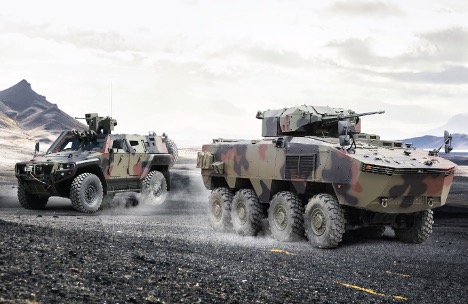 The 4×4 Cobra vehicle features a common platform that can be adapted for a variety of roles, and the vehicle can be used as a weapons carrier, reconnaissance vehicle, armoured personnel carrier, ambulance, NBC reconnaissance vehicle etc. The Cobra can transport between four and nine people, including the driver, depending on configuration.

The Cobra has been accumulating a steady stream of orders from Africa. Customers on the continent include Burkina Faso, Ghana, Algeria, Mauritania, Nigeria, Rwanda and Tunisia. Chad may also be operating the type.

This article was published by defenceWeb on November 2, 2020.