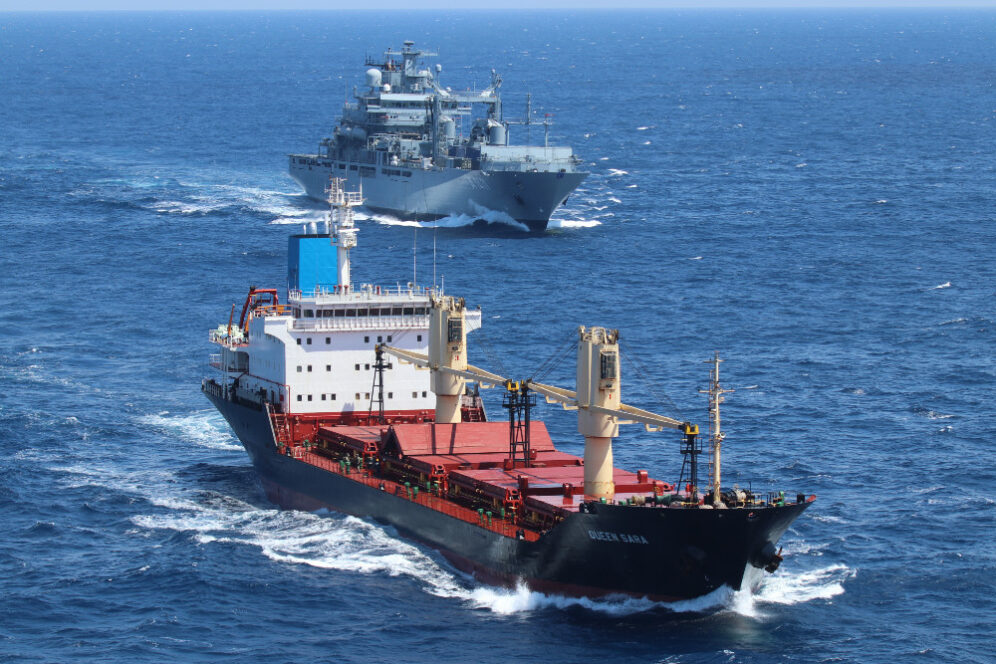 “Significant progress” en route to a political solution in Libya is, according to the UN and its international partners, welcome but has not seen any lessening of an arms embargo on the north African country.

This is primarily enforced by an EU naval task force in the Mediterranean Sea. Operation Irini is, as with other European bloc task forces, multi-national. In recent weeks vessels attached to it boarded and searched Panamanian and Sierra Leone registered ships to ensure the weapons and ammunition embargo is maintained. The Panama-flagged ship Medkom Izmir was inspected by crew of the French frigate Premier Maitre L’Her (F792) with the German naval replenishment vessel Berlin (A1411) doing the inspection of an unnamed vessel registered in Sierra Leone and reportedly en route to “a Libyan port” from Turkey.

These inspections bring to 11 the number of vessels stopped and boarded by Irini assets since it became operational in March last year. A hundred and fifteen friendly approaches have been made, 563 sets of satellite images analysed, 220 suspect flights tracked and 22 special reports produced for UN expert panels.

Assets attached to the operation also monitor and gather information on illicit exports from Libya of petroleum, crude oil and refined petroleum products; contributes to capacity building and training of the Libyan Coast Guard and Navy; as well as contributing to disrupting the business model of human smuggling and trafficking networks through information gathering and airborne patrols.

This article was published by defenceWeb on May 4, 2021.