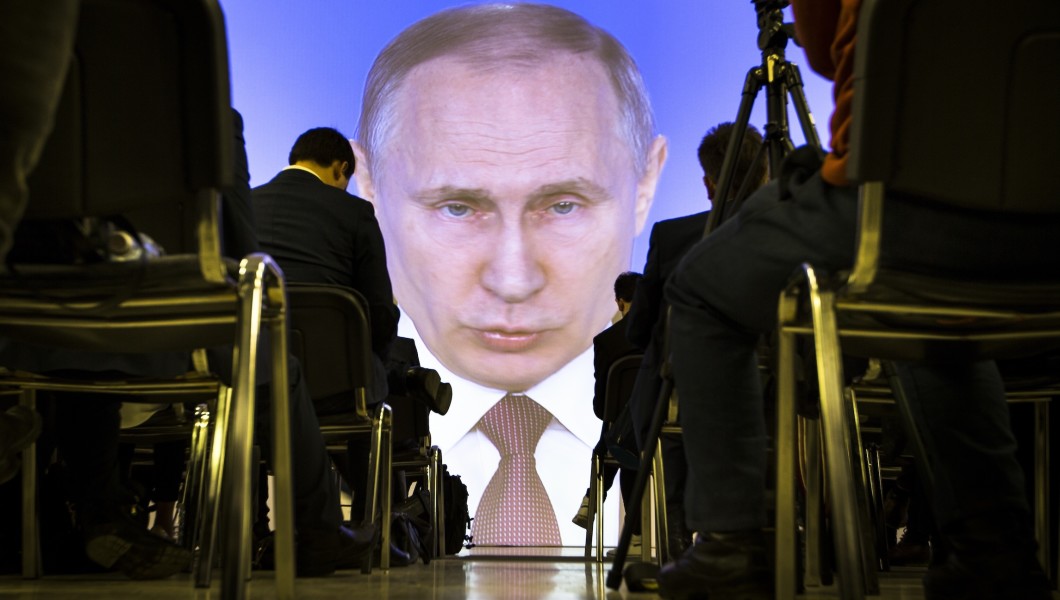 He highlighted the crucial importance of understanding the nature of the strategic competitors to the liberal democracies, notably China and Russia, and how they are reshaping their forces and engaged in a wide range of cyber and other intrusions within liberal democratic societies.

During his presentation he underscored how he saw the changing threat environment in the following manner: I had a chance to sit down with Dr. Babbage during my time in Canberra to discuss more fully the character of the adversaries we are dealing with and how best to understand the nature of the challenges being posed by Russia and China, as peer competitors.

“The starting point for any discussion of threat facing Australia and its allies clearly is the nature of the regimes we are dealing with. This is something even many people in government don’t fully understand. These are Leninist regimes of a fairly sophisticated type. They’re different in some respects, but their overall goals are very similar.”

For the West, the tendency is to think that there is peace and there is war with nothing much in between.

For a Leninist regime, there is a broad area in between peace and war in which they believe one can aggressively contest the West, and engage in political warfare and use their militaries to enhance their influence.

Put in other terms, a much broader gray zone has been created within which the authoritarian regimes are contesting the liberal democracies with little fear of direct retaliation.

“And both regimes, have got great political stories to tell domestically to support their foreign policy actions. For Russia it is about restoring Russian influence and power status and rebuilding a buffer zone.

“And doing so enhances the Russia’s abilities to act elsewhere. For Beijing, it is about restoring the Chinese civilization’s  globally dominant position to it’s their rightful place. Recently Xi Jinping has emphasized that they will spill blood if required to achieve their rightful place in the world.”

And when one looks at the nature of their domestic systems, the ever-present role of repression and tight regime control is obvious. .

“For the Russians, the national leadership comes largely from intelligence and security force backgrounds. With the Chinese, the government has developed and is developing high-technology control mechanisms, which include powerful  sets of incentives to comply with the regime’s policies.

“They have a vast national database on their citizens, something which would be completely illegal in the liberal democracies. They have developed a Social Credit System whereby they monitor citizens and evaluate their behavior and can build detailed report cards on their citizens. And dependent upon your grade, so to speak, you can receive or be denied credit for things like work promotions and foreign travel.”

In effect, the Russian and Chinese regimes are consolidating internal controls and are expanding their capability to operate in the gray zone internationally to reinforce their domestic and international authority.

“They’re waging political warfare using a very wide spectrum of instruments right now; whereas the liberal democracies continue to think of warfare as a radical shift from the normal condition, which is peace. Since the Cold War the West has paid little serious attention to operations in the gray zone.”

Dr. Babbage sees growing recognition in both the United States and Australia about the nature of the challenges facing us. “To respond is not simply about military capabilities; it is about whole of government capabilities and indeed whole of nation and whole of alliance capabilities.”

“And we need to have a much more open and frank discussion with our publics about the nature of the challenges we are facing. I think the starting point is to share factual stories about what the Chinese and the Russians are actually doing both within their own societies and also within ours. “

In short, the challenge we are facing is fundamental and requires us to take a hard look at how the Chinese and Russians are already operating against our interests internationally and and simultaneously seeking to undermine the liberal democracies from within..

My visit to Helsinki to the Centre of Excellence for Countering Hybrid Threats provided a European view of ways to get governments focused on the nature of the challenges and the nature of the responses, which we need to shape to modern political warfare, and information operations generated by the illiberal powers.

According to Juha Mustonen, Director of International Relations, at the Centre:

Adversaries are using many instruments of power. One may identify a demonstration affect from the limited use of military power and then by demonstrating our vulnerabilities a trial of a psychological affect within Western societies to shape policies more favorable to their interests.

“If you are using many instruments of power, below the threshold of warfare, their synergetic effect can cause your bigger gain in your target societies, and this is the dark side of comprehensive approach.”

“The challenge is to understand the thresholds of influence and the approaches.

“What is legitimate and what is not?

“And how do we counter punch against the use of hybrid influencing by Non-Western adversaries?

“How can we prevent our adversaries from exploiting democratic fractures and vulnerabilities, to enhance their own power positions?

“How do we do so without losing our credibility as governments in front of our own people?”

In short, although Helsinki and Canberra are literally on the other sides of the globe, the threats they face are not.