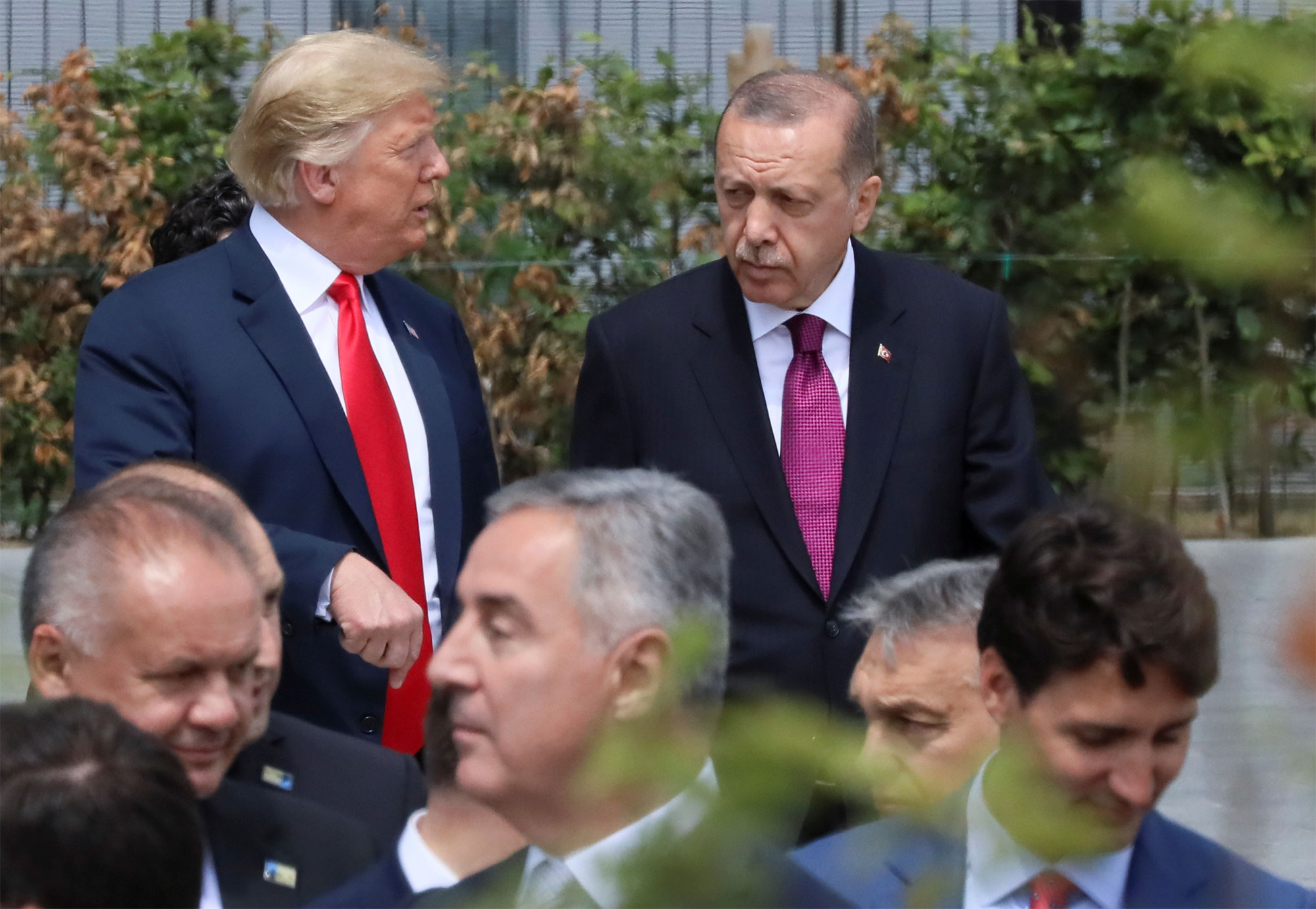 Turkish President Recep Tayyip Erdoğan’s warning that he would soon send his military forces into the region of Syria where U.S. forces are operating was apparently the immediate factor prompting President Donald Trump’s decision to announce the withdrawal of U.S. soldiers from Syria.

These Special Forces have been in the country since late 2015, aiding the Syrian Democratic Forces (SDF) to combat the local elements of the Islamic State of Iraq and the Levant (ISIL).

Both the U.S. and EU officials had warned Ankara earlier in the week before the U.S. withdrawal announcement that the Turkish armed forces should not enter the region of Syria occupied by U.S. troops.

However, the prospect of a military clash between Turkish and U.S. forces compelled President Trump to assess the stark reality of imminent combat with a NATO ally over Syria.

That country has been of lower priority in Trump’s foreign-policy agenda compared with Iran, Korea, Russia, China, and international economics.

The SDF will likely decrease its anti-ISIL operations in order to reinforce defenses against the Turks. There are reports of the SDF releasing ISIL prisoners and seeking new ties with Russia and Iran.

The various groups will compete to fill the vacuum left by the U.S. withdrawal, generating an upsurge of fighting.

If the Turks do consolidate control over the border regions, however, they could close this vacuum, which could allow many refugees to return.

In the short-term, the withdrawal of U.S troops would reduce Turkish-U.S. tensions over Kurdish separatism and unleash a major Turkish offensive into Syrian territory that, whatever its contribution to fighting local terrorists, could exacerbate tensions between Turkey and the Russian-Syrian-Iranian bloc.

Damascus fears Turkish territorial ambitions in Syria, and Turkey could more directly challenge the other members of the Astana peace process, from which the West is excluded, if Ankara does not need their support against Washington.

However, it could have the opposite effect if the Turks think they now no longer need a deal with Washington over Syria and can instead reach a deal with the Syrian-Russia-Iranian bloc at the Kurds’ expense.

The 2,000 U.S. troops in Syria were never powerful enough to consolidate control beyond the Euphrates region. Their presence did deter others from acting there, but at the risk of triggering an inadvertent conflict between the United State and other countries.

For example, the withdrawal reduces the risk of an inadvertent Russian-U.S. military clash.

Until now, Syria has been the most prominent location where Russian and U.S. forces have operated in immediate proximity on the same battlefields.

Despite a de-confliction agreement, there have been many instances of near Russian-U.S. clashes, including a major U.S. air strike against Russian mercenaries that inflicted many casualties.

In the aftermath of Trump’s election, Syria seemed prepped to become an arena for closer Russian-U.S. cooperation, in this case through joint operations against the terrorists operating there.

This clearly failed to occur, and in recent years, Syria has become yet another source of tension between Moscow and Washington.

With the withdrawal of U.S. forces from Syria, that risk of a direct Russian-U.S. military clash there will be substantially lowered.

However, the Trump administration is unlikely to help finance a Russian-Assad led reconstruction effort in any part of Syria.

Most likely, Syria will become a less important issue in bilateral relations, compared with Ukraine and other questions.

The United States should intensify its external airborne surveillance operations and missile strikes from bases in other countries and from ships sailing in the eastern Mediterranean.

Not only would these operations kill terrorists, or at least hinder them from grouping into concentrated targets, but it would also increase U.S. leverage regarding Syrian developments, such as deterring Syrian government use of chemical weapons.

The decision to halve the number of U.S. military forces in Afghanistan is more militarily problematic, since unlike in Syria, these soldiers are directly combating terrorists as well as training the Afghan Security Forces.

The U.S. decision may encourage other NATO allies, who now contribute some 8,000 troops, to cut back their forces as well.

The impact of the decision may be amplified if the U.S. and other countries cut their financial support for the Afghan government and armed forces.

As in Syria, however, the United States has faced a challenging situation in Afghanistan due to the lack of strong local allies.

The troop cut will lead some Taliban leaders to question the durability of the U.S. commitment to Afghanistan, which could make it harder to achieve peace since they will not negotiate in good faith as long as they believe they can win the war on the battlefield.

Yet, this step could also make U.S. professions of interest in a peace agreement more credible, since a Taliban condition has been the eventual removal of all foreign forces (including ISIL fighters) from Afghanistan.

The Taliban intentions should become clearer now—hopefully they will begin engaging with the Afghan government and other Afghan parties interested in peace.

These decisions, compounded by Secretary Mattis’ departure, have exacerbated concerns about the Trump administration’s commitments to U.S. friends and allies as well as general U.S. foreign-policy credibility.

No one notified the SDF or other U.S. allies in advance of the presidents’ tweets. The U.S. network of global allies, as the president’s National Security Strategy notes, is a unique asset of international power available to the United States but no its major competitors.

However, President Trump’s decisions and decision-making process reflect his long-standing aversion to having U.S. ground forces engage in protracted conflicts as well as his desire to rebalance U.S. global commitments and make other countries assume more of the burden where possible (which he now believes is possible in Syria and Afghanistan).

He has argued that he can restore U.S. respect and influence by ending the U.S. role as a world policeman but increasing U.S. military strength to deter threats without the use of U.S. military force.

In terms of process, Trump cultivates unpredictability as enhancing his negotiating position and U.S. diplomatic flexibility—which can help deter some opponents but makes reassuring partners harder.

He is content making decisions based on his commercial experience, intuition, gut instincts, and faith in his negotiating skills—with minimal consultation with advisers but strongly influenced by his most recent discussions with foreign leaders like Erdogan.

These recent decisions remind us that President Trump is comfortable resisting international and domestic opinion on controversial issues such as the Iran nuclear deal, the Paris climate agreement, and tariffs.

More than any recent U.S. President, Trump has been willing to accept high risks for high potential gains.