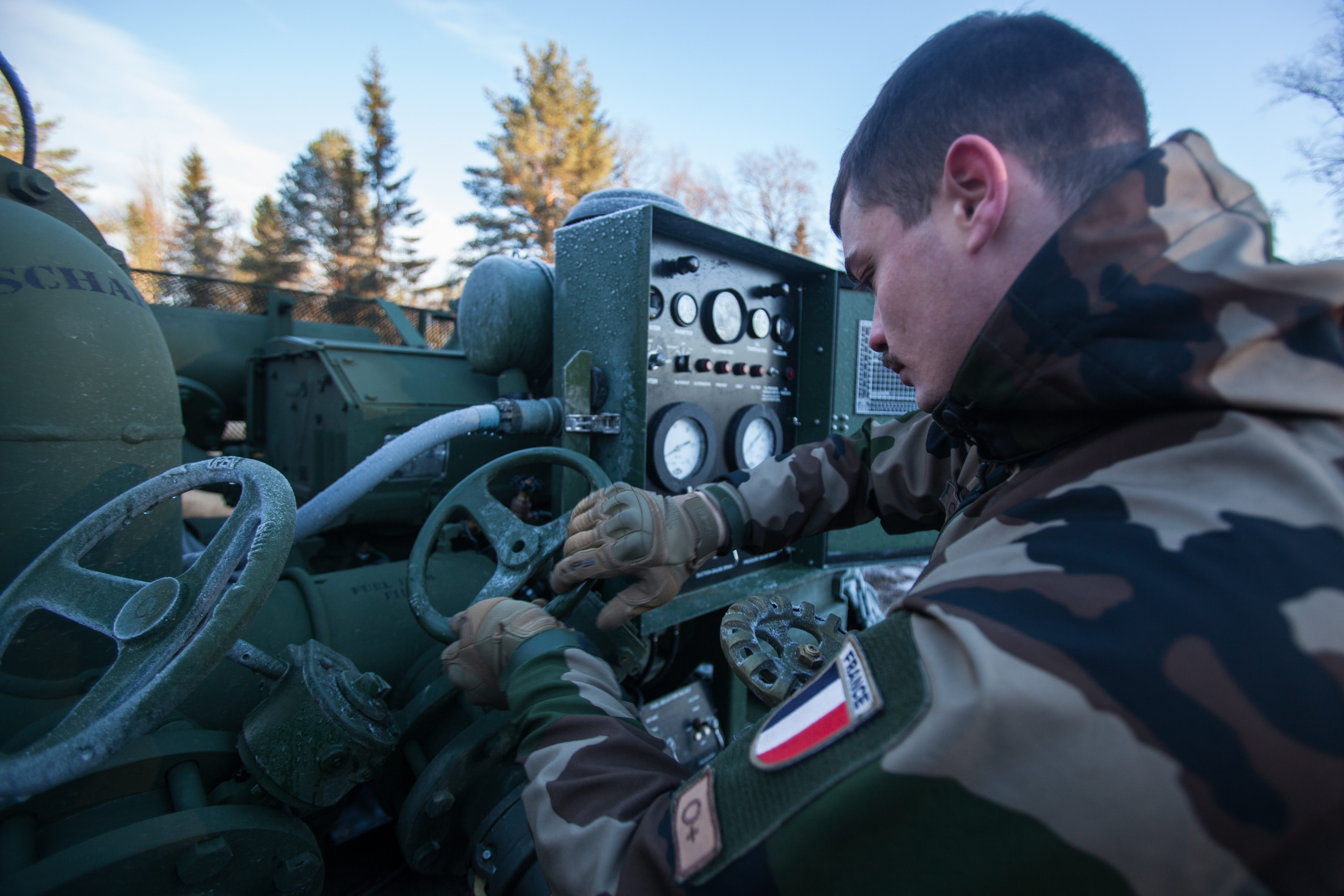 At a time of transatlantic fingerpointing and GDP percentage endless discussions, it is soothing to focus on some of the bricks that have been cementing NATO allies and triggering as a result their ability to work together within ad hoccoalitions against a common enemy, such as terrorist groups.

One key success of the Alliance – if not THE success – has been the development of interoperability among now thirty countries,  and there is an area where such an achievement has been thriving from the outset, i.e. fuel support. The reason is rooted in the nature of the required standardizations and certifications stemming from both international civilian and military bodies.

It turns out, however, that even though every military in the world needs refueling for air, ground and sea assets, very few among NATO allies have developped a full autonomous capability ranging from the ability to project sufficient equipment to manage the resource – i.e. fuel  and petroleum products – on a potentially disrupted theater.

If the Tcheck Republic is in charge of NATO’s MLCC (Multinational Logistics Coordination Center), the United States, France, the United Kingdom and Germany are the only countries in the Alliance which can be « lead nations » as far as operational petroleum logistics are concerned, not so much in terms of means than in terms of know how. However, except for the United States, none of them could afford to support alone an entire coalition. For France for instance doing so for a NATO exercise is equivalent to deploying in a new theater beyond what the Program Law authorizes.

Hence the development of a new concept called MCPU for Modular Combined Petroleum Unit, allowing more and more countries to be involved no matter what their capabilities are. « What matters at the end is that each nation can contribute accordingly to its means, while at the end benefiting from a genuine pooling and sharing venture. The Petroleum field allows the smallest player to participate, which gives valor to the idea that everyone must support the collective cost and effort », says French armed forces fuel authority (SEA for « Service des essences des Armées ») Colonel Naegellen-Roy, who developped the MCPU concept a few years ago while working on smart defense initiative at ACT (Norfolk-based Allied Command Transformation).

Tested in 2015 during a previous NATO exercise in Spain (Trident Juncture), this high readiness unit operates under the command of the Joint Logistics Support Group (JLSG) and includes today eight permanent members : the United States, the United Kingdom, France, Germany, Belgium, Lithuania, Spain and Italy. After months of planning and training, it was fully and sucessfully deployed during last Fall’s Trident Juncture exercise with Hungary as a new participant, as well as Norway as the host nation. France in this case was the lead nation, but during next spring’s Capable Logistician 2019 the MCPU will be co-led by France and Germany. A new trend.

Beyond cost-effectiveness, the other advantage of such a common concept is its flexibility which allows the MCPU to be used in NATO settings, but also in any other type of coalition, whether ad hocor EU, or even bilaterally. In spite of Brexit, France and the United Kingdom are for instance keeping close fuel support ties as part of the Combined Joint Expeditionary Force and are even going the extra mile by exchanging, for the first time, specialized officers in that area.

This story was first published on Breaking Defense on March 20, 2019.