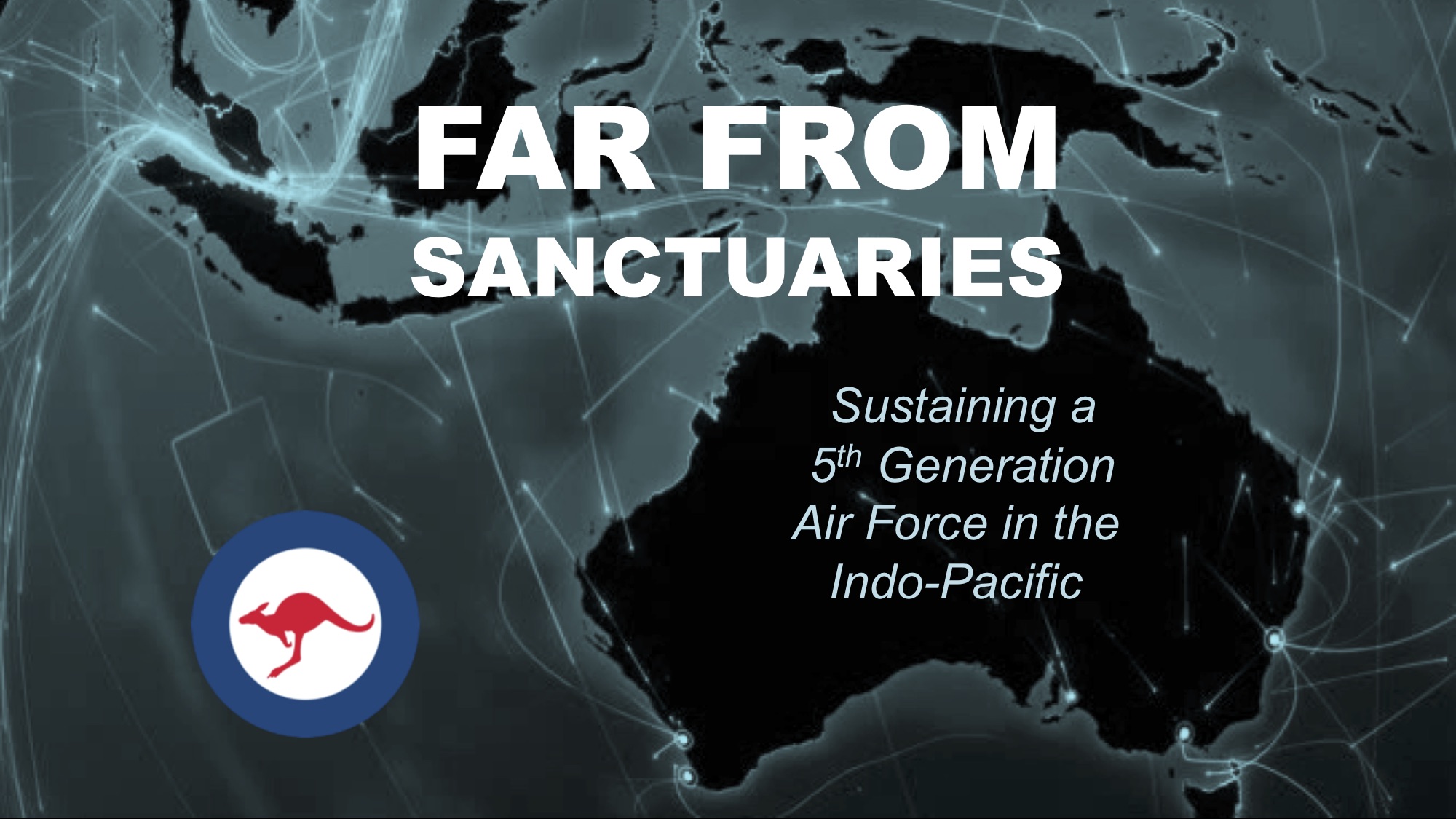 During the recent Williams Foundation Seminar examining the approach and ways to sustain Australian forces in the evolving regional context, Donna- Cain-Riva. Director of Future Logistics Capability for the Royal Australian Air Force, provided an overview on key capabilities necessary to sustain the force for anticipated regional crises.

Currently, she is working within the RAAF, but has been working in a variety of logistics positions in the ADF since 2001, and the range of experience makes a great deal of sense given the focus within the RAAF on providing a joint capability for the ADF overall.

She started with the crucial point that increasingly RAAF bases within Australia and allied support bases from the standpoint of the RAAF in the Indo-Pacific region will not be sanctuaries. The assumption is that the kinds of adversaries Australia and its allies would face would have “the capability to reach out and touch both physically and virtually.”

This would be true not just of bases but of the “national supply base” as well.

Far from the Sanctuaries: Sustaining a Fifth Generation Fight in the Indo-Pacific from ICSA, LLC

She characterized the legacy approach as the “Middle East” mindset, one in which one could operate from sanctuaries to supply the force. She argued that we needed to rethink our approaches and to shape a new paradigm.

Donna- Cain-Riva underscored that this was not just a challenge for Australia but for an overall ability to ensure “collective self-reliance as well.” She made it very clear throughout her presentation that in her view the kind of rethink and redesign which Australia was undergoing needed to be part of a broader effort within the alliance in the Pacific.

“As we introduce fifth generation capabilities, we have an opportunity to rethink how we can enhance and redefine how we sustain sovereign capabilities through deep and enduring alliance and regional relationships.”

This requires an integrated strategy for Australia and its allies and partners for sustainment and support.

This would be one in which “we identify priority capabilities that Australia must sustain or must sustain or contribute to in order to give use the reach, flexibility and the resilience to operate independently or as part of a combined operation in a high end fight.”

Where do we start?

“We need to move beyond our current Middle Eastern logistics mindset.”

“If we are honest with ourselves, the threats were asymmetric and we operated far from our domestic basses. What took place in the Middle East was a sustained buildup of logistics support structures in the Middle East prior to operations.  These hubs became part of a network that could be called upon to support a range of operations amd were underwritten by significant commercial and host nation support.

Donna- Cain-Riva underscored that by and large the operating bases were not under direct threat and the global supply chain was free to flow goods into the hubs.

“The ADF could distribute support uncontested throughout the theater of operations.”

The ADF has drawn upon commercial supplier as well as major allies to make available key supplies for operations.

She also emphasized that the IT systems underwriting the flow of logistical support was not contested and limited encryption could be used to support operations.

In short, “operations in the Middle East over the past decade have been supported by traditional global supply chain arrangements. We were not self-reliant in the Middle East; but this was not demanded of us.”

What changes as we look to the future in the Indo-Pacific?

She highlighted that adversaries will, as part of the conflict, ramp up seek to deny Australia and its allies’ access to operating areas and supplies within the region.

“Adversaries will seek to contest our freedom of maneuver, disrupt our supply chains, and challenge our defenses.”

She argued that we count on an effort to disrupt the logistics and communications pathways which the ADF relies on in peacetime operations.

Donna- Cain-Riva argued that in such an environment, “the distinctions between gray hull and white hall operations will be increasingly blurred.

“A fifth-generation air force will operate differently in this environment….Our advantages will be demonstrated not just by the capabilities we possess but how we employ them.”

She argued that the kind of innovative operating concepts, in effect, associated with what we have called the kill web, will be crucial to combat success.  But such operational innovations must be supported by evolving concepts and approaches to sustainment to succeed.

“To achieve this, we must build a network of basing and power projection options across the region to enable to achieve operational reach and effectiveness.

Donna- Cain-Riva concluded by highlighting key questions which need to be addressed.

“This entails leveraging our natural geographical strengths, building infrastructure, growing regional partnerships, enhancing coalition engagement and cooperation and developing synchronized sustainment strategies with our allies as an integrated part of our deterrence posture.”

Australian industry, in her view, has a critical role to play in shaping an effective way ahead.

“How quickly can we mobilize for war? As an Air Force? As an ADF? And as a Nation?

“How long could we sustain high-intensity operations before depleting our fuel reserves or can no longer arm our platforms?

“How quickly could we repair or replace critical platform components before we impact our fifth-generation force?

“How quickly could we recover from attack or restore critical services like electricity or power to continue operations?”

Donna- Cain-Riva ended with the blunt point that currently “logistics is the soft underbelly exposing us to operational risks.”

And she clearly identified throughout her presentation some key elements of attenuating the risks and setting in motion a much clearer focus on the challenge of empowering a more sustainable ADF in the region.

Because Australia’s allies face similar challenges, she argued that the focus of the ADF to build enhanced sustainability provided an opportunity within their broader alliance structures.

I would add that the significant readiness shortfalls seen in the past few years for the US forces significantly challenges the US as it works to repair these shortfalls to address the general working relationship between industry and the services in terms of supply Chans.

The taut supply chains seen to be useful for efficiency, but also responsible for readiness shortfalls clearly needs to be rethought and reworked.

The Australian challenge can be leveraged as suggested throughout the seminar to be a critical input to rethinking on the US side as well; and the Aussies do remind us that there is a clear priority for the systems that deliver strategic and tactical advantage to us, rather than being primarily focused on maintaining yesterday’s forces with yesterday’s logistics approach.