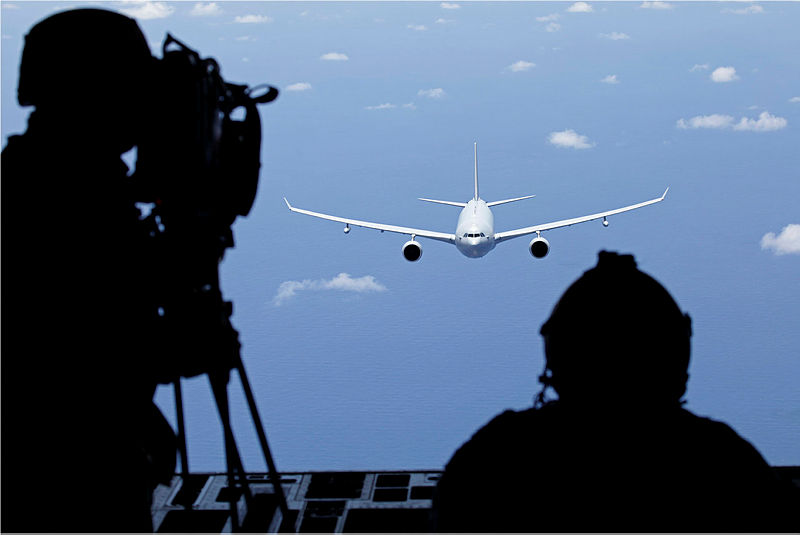 The challenge we face with regard to the 21stcentury authoritarian powers is significant.

And with the level of general non-debate and asserted facts journalism and political maneuvering strategic analysts, the narrative about what Western forces are doing to transform and to deter the authoritarian powers can get lost.

But this narrative – publicly and presented by the services, government and industry – is crucial to shaping the kind of support which public’s need to provide.

This is especially due as well to the wide-ranging threats which we are facing.

The authoritarian powers are not stopping with how to defeat our military forces; they are working to operate inside our systems, and reshape our capabilities to control our own democratic destinies.

Clearly, reworking the infrastructure in our societies is a case in point We need to build in an understanding of to build more secure infrastructure and more robust defense of our interests.

As one Australian policy maker has put it:  “We are investing more than 70 billion Australian dollars into infrastructure but there is no security perspective guiding the effort.  This makes no sense.”

There is often the point made about the need for a “whole of government policy” which often leads to even more reluctance or indeed capability to lead a public discussion or dialogue.

If our governments want to prevail in crises with the 21stcentury authoritarian states, they need to embrace public presentation and dialogue.  They will not outmaneuver of the well-practiced authoritarian leaders who know how to prevail by silencing criticism and generating “fake news.”

In a recent piece by Brendan Nicholson, an experienced journalist now with the Australian Strategic Policy Institute and the defense editor of The Strategist column published on the ASPI website, highlights the particulars of the Australian case with regard to the need for a communication policy shaped for 21stcentury democracies who are in significant conflict with the authoriatarin powers.

This essay is from ASPI’s election special, Agenda for change 2019: Strategic choices for the next government. The report contains 30 short essays by leading thinkers covering key strategic, defence and security challenges, and offers short- and long-term policy recommendations as well as outside-the-box ideas that break the traditional rules.

Restrictions imposed by a succession of governments have significantly reduced the ability of the ADF and the broader Defence organisation to tell its story to the Australian people. That has important implications for the incoming government’s ability to bring the public along with it as it spends $36 billion-plus annually running Defence—and $200 billion on equipment in the decades to come.

Progressive changes and excessive control have made it harder for the ADF to build a coherent narrative around its activities. That will affect areas such as recruitment. If the ADF is to maintain the strong public profile that it will need to crew new surface warships, submarines and aircraft and to maintain the strength of the army, this stranglehold on information must be loosened.

Allegations of crimes by a small number of soldiers in Afghanistan highlight the need for transparency and accountability. And the enormous spend of public money on defence requires transparency both to increase the likelihood of success and to sustain public support on an issue they have yet to be briefed on.

With notable exceptions, a long line of ministers has overseen an accelerating process of change, which has handed more control over information to politicians and their staff while limiting the military’s ability to speak.

This has had little to do with operational security and a lot to do with avoiding the possibility of a minister being caught out or embarrassed by enquiries from the media or questions in Senate hearings.

Contact with the media has been moved away from the uniformed side of Defence and placed in the organisation’s ‘strategic centre’. Some of the most experienced liaison officers have been ‘let go’.

Long-term communications advisers to senior officers who had built strong professional relationships over many years—to Defence’s benefit—have been told they’re not to talk to journalists or ministerial staff.

The system has built into it a very high level of risk aversion, which means some media requests are actively blocked.

Restricting or shutting down the flow of information from and about Defence is likely to reduce contestability and the fluency of discussion and debate, not just publicly but within the organisation. These are key elements of the intellectual culture and contest of ideas that a modern military needs to grasp advantages in a dangerous and technically competitive world.

And it limits the amount of open-source material available to academics and other researchers who play important roles in informing decision-makers and the public debate.

Defence personnel, uniformed and civilian, are increasingly telling any journalist who approaches them that the journalist must send a formal request to Defence Media and that ‘You’re probably wasting your time.’

Control has been tightened progressively, despite strong advice that the public needed to be much better informed about the ADF.

When the government launched the process that produced the 2016 defence white paper, it set up an expert panel that led public consultation.

The panel’s report, Guarding against uncertainty: Australian attitudes to defence, warned that, while there was goodwill towards the military, the public didn’t have a strong understanding of the ADF. ‘The consultations revealed a clear need for enhanced efforts to raise public awareness of Defence roles and missions, how it performs these tasks and the underlying policy rationale’, the panel said.

There was a sense that information was too controlled and a general view that Defence personnel were unable to communicate with the public on matters of fact or routine activity or to promote positive stories. Many people told the panel that they wanted to see personnel engaging more directly with their communities, for example through open days at bases, public talks or university lectures.

Defence needed to be less risk averse and more proactive in its public communications, including through the use of social media, the panel’s report said.

Basically, the public has said it wants more and better information out of Defence. Since then, policy and operational changes within Defence have made things worse.

Members of the media are increasingly being painted within Defence as the enemy, and personnel have been told that if they talk to a journalist without reporting the contact then they’ll be disciplined.

This makes it much harder for journalists to do their job. Under deadline pressure, they’ll find other ways to get information. Editors, seeing delays as unnecessary, bureaucratic and political, will opt to run a story without a Defence response if the response doesn’t arrive in time. If the story is inaccurate, then the damage has been done.

If forced to operate in an information vacuum, the media will find something to fill it. Those stories won’t necessarily come from smart and well-informed generals, admirals, air marshals or departmental secretaries. Some will be accurate and painstakingly assembled by conscientious journalists. Others will come from aggrieved personnel or from someone who thinks they overheard something on a bus.

The journalists most disadvantaged by the way things are set up at present are those who do their checks and try to get the story right.

A disturbing number of innocuous stories have been referred by Defence to the Australian Federal Police for leak investigations, not because national security has been placed at risk but because the issue raised might be politically embarrassing.

The process that’s stifling control of the Defence message may be an unintended consequence of the First Principles Review’s key recommendation that to create ‘one Defence’ it would be necessary to establish a ‘strong strategic centre’. Talk of this strategic centre was thrown around a lot when Defence communications personnel were told about the changing structure and restrictions on who could deal with the media. That’s bizarre, given that one of the underpinnings of the review was a need for Defence to engage more positively with risk.

A dissenting view isn’t a mutiny. A force designed to defend the nation should be able to live with—and we hope take note of—some debate and dissention.

The incoming government should acknowledge that the public wants and deserves better transparency and that to develop the future force requires ‘bringing the public on the journey’.

The government and/or Defence should also:

Defence, and the incoming government, need to address what appears to be an inbuilt fear of the media within the Defence establishment and build in much greater tolerance for spirited academic or intellectual exchange, as has typically been seen in the US—at least before the arrival of the Trump administration. To be fair, this fear of the media is, in part, a reaction to examples of ‘gotcha!’ and poorly informed reporting. Defence already has a system in place for correcting inaccurate stories.

The government and/or Defence should also:

Defence should re-establish the position of a dedicated media spokesperson, with an empowered staff across Defence, who can interact freely with journalists.

It should also increase the number of ‘embeds’ in operational areas for members of the media. Countries such as the US and Canada have long accepted that visits to their camps by journalists are normal. So should we.