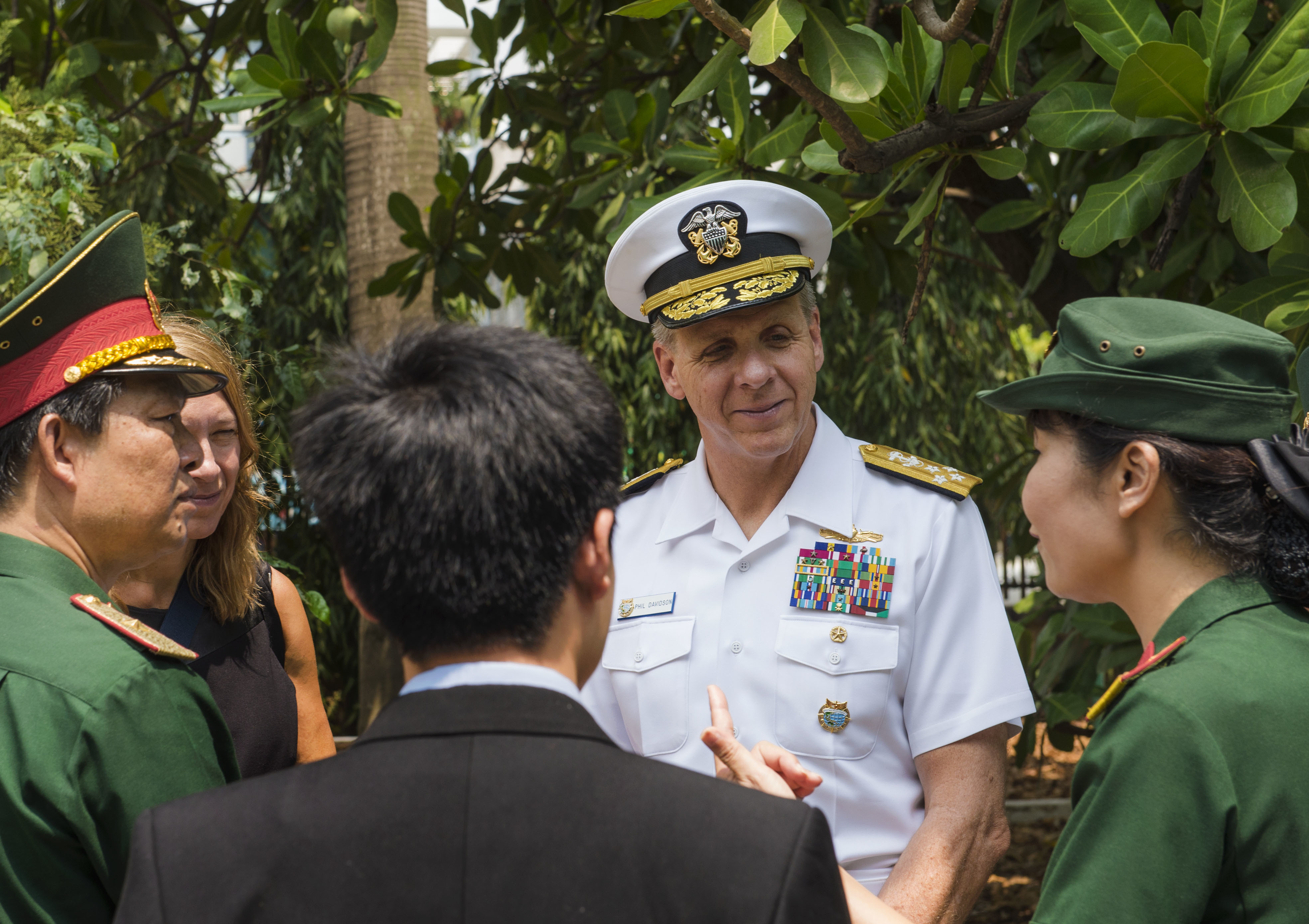 According to an article published by USNI News on April 18, 2019, Pacific Commander Admiral Davidson has requested that Congress provide funds for a number of targeted initiatives for US forces operating in the Pacific.

In an unclassified letter sent to the four congressional defense committees, Admiral Davidson highlighted those initiatives.

The featured photo shows Commander, U.S. Indo-Pacific Command Adm. Phil Davidson stopping to hear the history of a tree from the Spratly Islands during a tour of Military Hospital 175 in Ho Chi Minh City, Vietnam.

Davidson is in Vietnam to meet with regional leaders and counterparts for the first time as USINDOPACOM commander.