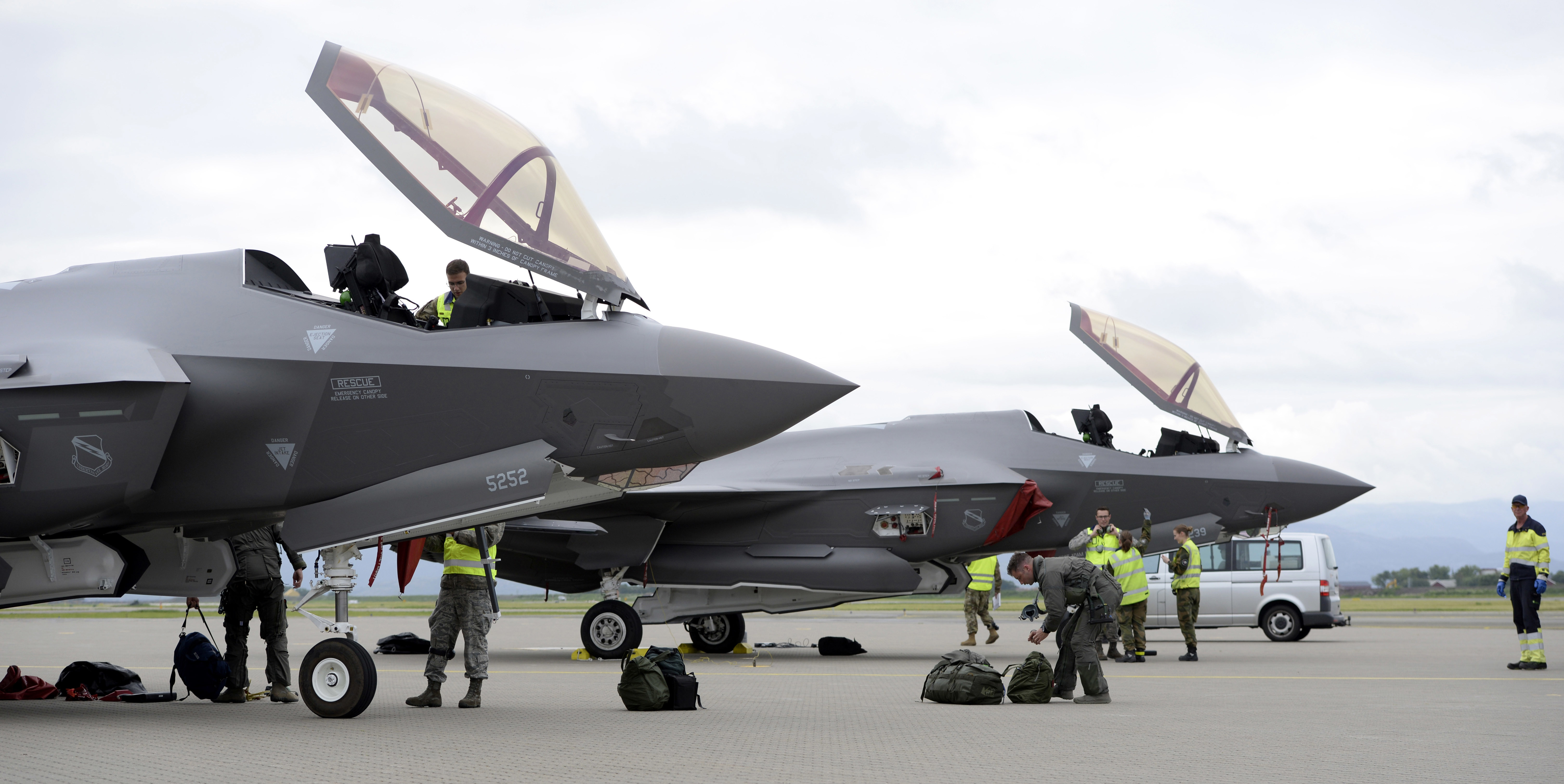 Recently, the Williams Foundation held a seminar, which addressed the core question: how sustainable was the Australian Defence Force if it faced a major regional crisis?

The challenge is rooted in part that the forces of the liberal democracies, which have participated in the Middle Eastern land wars, have shaped a Middle Eastern mindset with regard to logistics. Forces have been maintained by logistics centers fed by commercial resupply systems and with an ability for allies to support one another, without worrying about a peer competitor with the capabilities and the intention to disrupt and destroy the logistics system.

One of the key speakers at the Williams Foundation Seminar on April 11, 2019, was Lt. Col. Beaumont. Beaumont is an army logistician but one with a focus on joint logistics support.

According to Beaumont: “Logistics will give us options and the flexibility to respond in a crisis as well as defining key constraints on freedom of action.”

In a capitalist society, of course, much that feeds a logistics machine in times of crisis or war is outside of the control of the military and is really about the capability to mobilize resources from the private sector in a timely and effective manner. In effect, logistics is about taking resources out of the economy and making them available for the battlefield.

According to Beaumont, the main focus of logistics in the recent past has been tactical, but as we face a peer-to-peer environment it is important to take a more strategic perspective,

In my words the shift can be described as assumption logistics delivered by a global just in time supply chain to an assured logistics reservoir or flow in a crisis.

Beaumont also highlighted that one cannot assume even if one is operating within a coalition that the coalition partners will be able to sustain you in a crisis. “A key factor is what the level of mobilization has been achieved before a crisis to sustain a force. There is a long lead time to turn on the spickets from industry, and that is not just in Australia.”

He argued as well that different types of systems being operated across a coalition makes the common sustainment challenges that much more difficult.

He noted that “even in the Middle East, each of the nations that operated there, by and large, provided for their own logistical support and used their own national supply lines. And with such an approach, the lift assets in a crisis will be rapidly overwhelmed by demand.

“We saw that in 2003, as we all head to the Gulf, and we effectively dried up lift and tanker forces available for movement of forces.”

But how much better off is the United States than Australia?

Obviously, the US has a major advantage compared to Australia with regard to the size, scope and capabilities of the defense industrial base.

The challenge is different in a fundamental way – is the US largely domestically supported sustainment system through depots really up to higher tempo global operations facing the US in a peer competitor driven crisis?

The key here is to have sufficient available assets at the point of interest, attack or defense, which can be sustained through a period of crisis.  In other words, the goal is not just to show up; but to prevail through the duration of a crisis.

First to the fight, but without a durability to continue the fight, is not a strategic motto, I would choose to embrace.

And it is precisely the structure of the US logistics SYSTEM and its current CON-Ops that is the soft underbelly of our ability to prevail in a crisis.  A case in point is the globally deployed Osprey fleet.

Here we have a unique warfighting capability, unprecedented in warfare, globally deployed, able to operate from land or sea-bases and able to project power in unique ways in military history.

But the logistical system will shackle the fleet’ s operational effectiveness in a sustained crisis, but simply not having parts located in an effective manner globally, and having no common fleet logistics IT and parts identification system for the global fleet which could allow the Marines, or the Air Force, or the Navy or the Japanese to identify parts close to the point of operation, grab those parts and use them on a need to operate basis.

Rather, the system is Balkanized by service or customer, with no right to swap out parts except by personal connections and networks and personal handshakes.

This is not a crisis dominance approach; but a hand holding approach to the domestically determine US logistical system.

A good example is the Osprey fleet.

The small number of initial Ospreys has grown into a large fleet operated by the USMC, the USAF, and now the US Navy and with the acquisition by Japan of Ospreys, the first foreign customer of the aircraft.

And the aircraft operates world wide on the aircraft, and in the words of MAG-26 Commander, Col. Boniface, and “soon the sun will never set on the Osprey as a globally deployed aircraft.”

But unfortunately, the sustainment side of the creation of the globally deployed aircraft has not been matched by shaping a global sustainment enterprise.

It is clear that to get full value from a globally deployed platform like the Osprey, it is crucial to have a logistical system in place which can allow for sustainable global operations at the point of interest or attack, rather than simply waiting for parts to show up from the next Fed Ex shipment to a remote location from a depot based in the United States.

This is especially important as the US and its allies face 21stcentury authoritarian powers who will also focus on the disruption of an already Balkanized logistical operation.

During my visit to 2ndMarine Air Wing in April 2019, I had a chance to discuss the challenge with a very experienced Marine Corps logistics officer, Major Paul M. Herrle.

Throughout the discussion, Major Herrle underscored that with the growth of the Osprey numbers, there now was in place a large fleet.

But that it was not managed as such.

He argued that it was increasingly crucial to have an integrated sustainment system and one, which could flow parts to a globally deployed force as well.

He put the challenge this way.

“The USAF supports its ospreys from England; but we can not tap into that support structure to support our SP-MAGTF force in Europe, for example.

“Right now I cannot use USAF parts if I need them.  I cannot touch the parts on the ship as well.

“I cannot do lateral support from the amphibious ships parts as well for SP-MAGTF.”

He noted that a great deal of his work was working through his networks to find ways to fill the gaps, but from his point of view, this is clearly not the way to do business, especially with a mature global fleet of operational aircraft.

The USMC is working to take the multiple configurations of the Osprey and building a common configuration, something being worked at the Boeing plant in Philadelphia.

But alongside this effort, it would make sense to have a common sustainment system, and one which has global hubs from which parts can flow to the fleet, both in normal operations and in crisis situations.

As the USMC is the nation’s crisis response force, there is a clear need for a sustainment system which could actually function as a core element of the strategic capability to prevail in a crisis.

This would mean that the advantages which a global fleet of Ospreys could provide in a crisis would be reduced significantly as parts shortages, choke points and shortfalls would undercut the ability to leverage what the Osprey Nation could bring to the fight.

I discussed this as well during my recent visit to MAG-16 with its CO, Colonel Chris Boniface.

In past discussions with the current MAG-26 commander, Col. Boniface, he has repeatedly underscored the importance of getting a solid global support system in place.

But clearly, we are not yet there.

The way Col. Boniface put the challenge during our recent discussion at New River MCAS: “We need to right size the community; and that will require a global view.”

With regard to the supply chain, clearly the Osprey is facing major challenges.

Colonel Boniface put it this way:“ We now have an older fleet, which always ramps up maintenance and costs and time.  And now we have new players but we do not a significant plus up of parts for the supply chain. PMA-275 at Pax River have focused on ramping up Performance Based Logistics Contracts to ensure more effective delivery of parts on a timely basis, but we the growth in the community has not been fully accounted for in terms of the supply chain demand side.”

I added that from my work in Australia, the question of sustainability through a crisis simply augments the challenge, which he described. If the Pentagon believes we’re dealing with high-end warfare demands, we have to have a supply chain that can deal with high-end crises. That means however efficient the supply chain is currently, we have to actually relook at it from the standpoint of how do we maintain a global fleet for a significant period of time.

But as it stands right now, and this is my perspective, and not one I am attributing to Major Herrle, we have created a significant strategic vulnerability, which clearly our peer adversaries will seek to exploit.

Rather than being able to leverage a globally sustained fleet of global aircraft, we have a Balkanized logistical system which is designed from the outset to sub-optimize performance.

Perhaps we can do that in slo-mo war but certainly not in full spectrum crisis management, where we can assume high tempo operations will be required.

F-35 Lighting II maintainers from both the United States Air Force and Royal Norwegian Air Force work together at Orland Air Base, Norway, to turn two American jets after a sortie June 17, 2019.

The visit marked the first time American F-35s have landed in Norway, which operates its own fleet of the fifth-generation fighters, and served as valuable training for the Norwegian maintainers.

A fleet of F-35s is currently deployed to Europe as part of the European Deterrence Initiative, as as a way of proving the U.S. Air Force’s ability to rapidly deploy fifth-generation fighters to European bases.