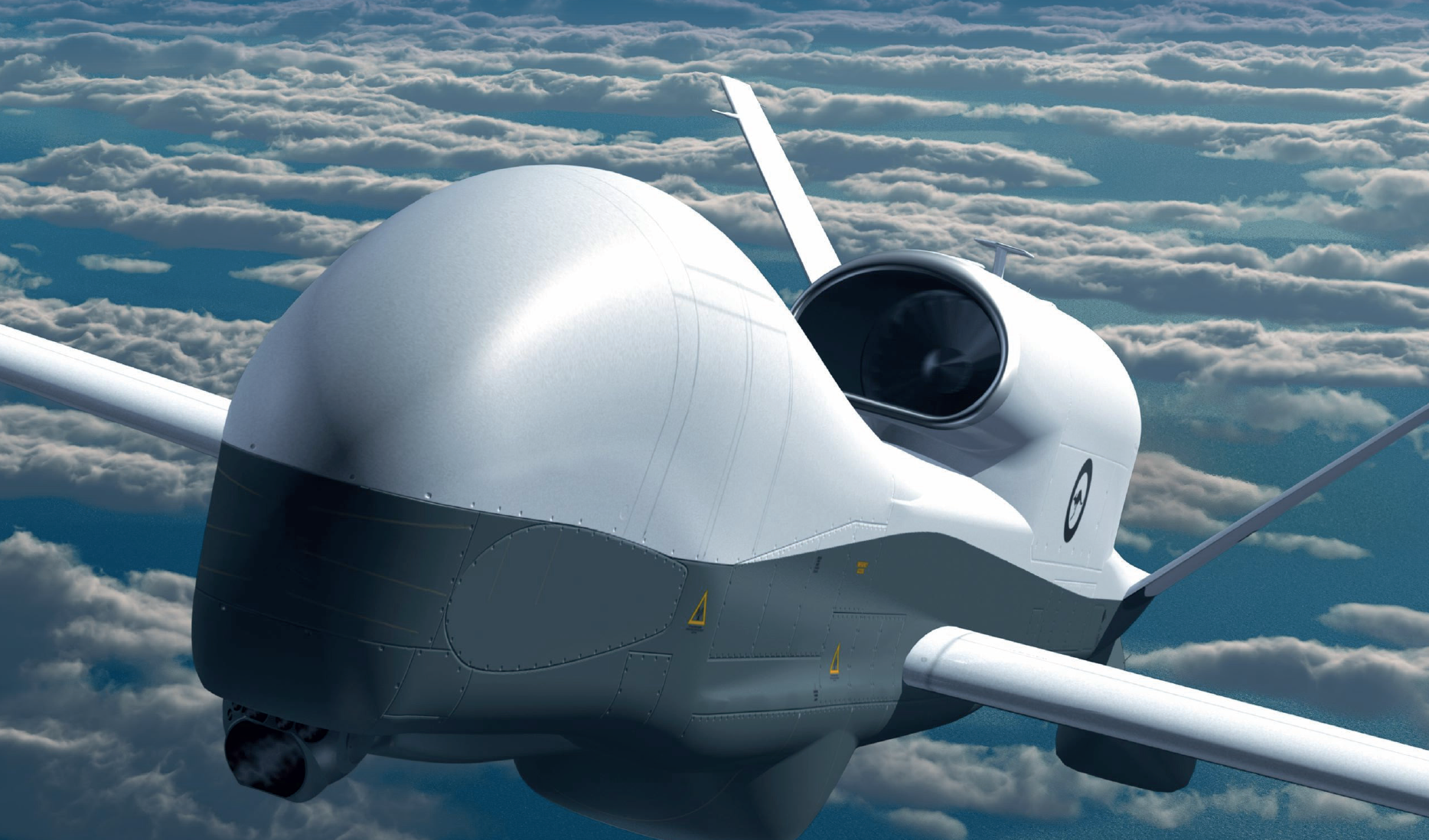 Recently, a senior US Navy Admiral noted that “The next war will be won or lost by the purple shirts.  The next fight is an ISR fight.”

This is in part why the US Navy has established a Maritime ISR or MISR Weapons School at NAWDC or the Naval Aviation Warfighting Center.

The focus traditionally has been on the right side of the kill chain, namely, target and engage.

What is happening is an increased focus in the joint arena on the left side of the kill chain, namely, find, fix, and track and assess.

Gaining ISR advantages, ensuring that one has effective proactive ISR prior to an engagement, and an ability to have the right information, go to the right time and for timely actions is crucial.

The shift to priority on the left side of the kill chain is occurring as ISR assets become more widely distributed in the force, and has led to the concept of operating form a kill web perspective, rather than a linear kill chain executed by forces operating sequentially.

The kill web perspective is founded on a core combat platform or combat group understanding what adjacent forces, whether Navy, joint US or coalition, can be leveraged for that platform or force element’s enhanced reach and combat effectiveness or alternatively, determining what your platform or team can contribute to their combat needs.

This is clearly not just an American perspective but one shared by a number of U.S. allies, no more so than Australia.

In the conclusion of his series of articles on defending south of Australia’s first island chain, Brian Weston highlighted the importance of ISR for Australia to more effectively provide for capabilities to defend itself against threats operating in the Pacific.

Intelligence, surveillance and reconnaissance (ISR) capabilities are the foundation of national security.

But in the past, Australian defence policies have used ISR in the strategic context of ‘Warning Time’ rather than in an operational or tactical context.

In this strategic context, the role of ISR is to warn of the emergence of threats as they emerge so that they are recognised and responded to by a corresponding upgrade in national defence capability.

Today, there seems little doubt Australia is in Warning Time.

Fortunately, many of the ISR capabilities that Australia has prioritised also have immense value in an operational theatre.

These include the acquisition of six MQ-4C Triton unmanned surveillance systems and 12 P-8A Poseidon manned aircraft, both recommended in the 2016 IIP.

The IIP also foreshadowed an increase to 15 P-8A, which at a mission availability rate of 75%, translates into 11.25 “mission-available” P-8A. The MQ-4C and P-8A capabilities are complementary, and when combined with the four long-range electronic warfare support aircraft based on the Gulfstream G550, the Jindalee OTH Radar Network (JORN), and coalition Australia-US ISR capabilities, Australia will possess a modest but impressive operational ISR capability.

But is this ISR capability enough to sustain ongoing operations out to Australia’s First Island Chain?

And, is it possible for these ISR capabilities to sustain ongoing operations, simultaneously, in two areas of operations such as in the North Coral Sea and off the North West Shelf?

Noting the US Navy allocates five MQ-4C to an operational node from which to sustain 24/7 ISR operations, the Australia MQ-4C capability will support only one node of 24/7 unmanned ISR operations. Whether this is adequate is debatable given long-range ISR operations are asset intensive as illustrated by the heavy AP-3C commitment in the mid-1990s search and rescue operations for round-the-world yacht racers; their heavy tasking in operations against illegal Patagonian Toothfish fishing boats; and in the search for MH370.

So, getting the MQ-4C and P-8A operational fleet sizing right and balanced, will be critical to the efficiency and effectiveness of the operational ISR capability.

But one positive from the introduction of the unmanned MQ-4C is that it relieves the manned P-8A of most of the long duration and repetitious surveillance activity, freeing the P-8A armed with mines, torpedoes and anti-ship missiles (ASM) to focus on the anti-submarine and anti-surface roles.

Given the changing maritime power balance in the Indo-Pacific, this refocus of P-8A operations is timely and, arguably, provides justification for the early acquisition of the three additional P-8A foreshadowed in the IIP.

The changing maritime power balance in the Indo-Pacific has also stimulated the development of new, technologically advanced, US ASM capabilities (noting recent US reports of a possible Foreign Military Sale of AGM-158C LRASM to Australia for carriage on F/A-18F Super Hornet). And with the AGM-158C likely to be cleared for carriage by the P-8A in the mid-2020s, there is a strong case to arm RAAF P-8As with the AGM-158C.

With both the P-8A and F/A-18F armed with the stealthy, heavyweight, sophisticated and long-range AGM-158C, the ADF will possess a strong deterrent to threatening foreign naval incursions south of Australia’s First Island Chain.

Air dominance is the prime role of the F-35A, although the in-theatre distances will make F-35A operations generally reliant on AAR support. The F-35A with its stealth, AIM-120D AMRAAM, long-range targeting ability and networked operations is a potent air dominance capability. As 2025 approaches, the operational capabilities of the F-35A will be further enhanced by the Block 4 upgrades which, apart from system and weapons upgrades, could include the integration of the Joint Strike Missile (JSM) or another ASM, and the possible integration of the follow-on AIM-260 JATM long-range air-to-air missile.

But a fleet of six aircraft translates into only 4.5 mission-available E-7A. But while the 2016 IIP includes a significant upgrade to the AEW&C systems, it’s failure to increase the AEW&C fleet to eight aircraft (which would provide six mission-available E7-A) leaves the ADF deficient in the key operational and tactical co-ordination and control nodes, critical to mission success.

The E-7A is also reliant on AAR support. A mission of about 10 hours, for a task at 1,500 km distance, involves five hours in transit and five hours on-station. Therefore, to sustain a 24/7 on-station E-7A presence, 4.8 missions must be tasked ‒ not achievable from the current fleet of six aircraft.

But E-7A on-station time can be achieved with AAR support.

The 2016 IIP expanded the MRTT capability to seven aircraft and foreshadowed a further increase to two aircraft, nominally to support P-8A operations. But even a fleet of nine MRTT aircraft ‒ with 6.75 mission-available MRTT ‒ is insufficient to provide the necessary AAR enabling capability to conduct credible air operations, at task force level, in our region.

In short, this deficiency in AAR support puts at risk the operational effectiveness of an otherwise potent Australian air combat and sea denial capability upon which successful Australian air and naval operations must be based.

In conclusion, the 2016 IIP has provided a framework of complimentary air capabilities that, in 2025, and with some augmentation, will pose a formidable challenge to any hostile air and naval incursion south of Australia’s First Island Chain.

Brian Weston is a Board Member of the Sir Richard Williams Foundation. He served tours in Defence’s Force Development Analysis Division and the HQADF Force Structure Development Planning Branch.

For an Australian assessment of the coming of the Triton, see the following:


And for an e-book version of the report: