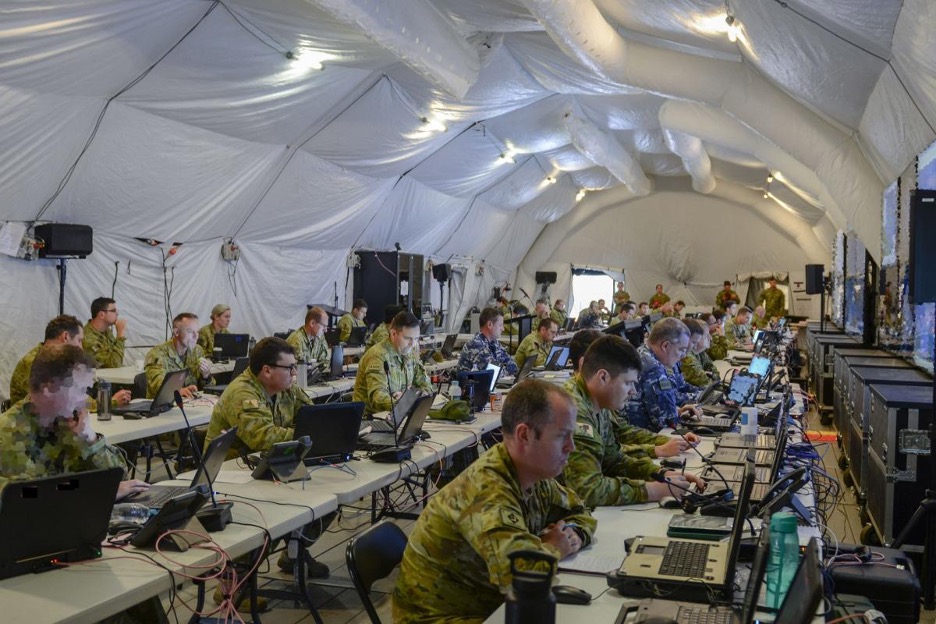 ADF personnel have been put to the test during a demanding Command Post Exercise.

Held at Gallipoli Barracks, Enoggera, from September 1-8, the aim of the virtual exercise was to establish and successfully operate an effective headquarters in complex scenarios.

The DJFHQ maintains a high readiness for scenarios ranging from a deployable joint task force for humanitarian assistance and disaster relief missions, through to high-end conflict.

“We need to be ready for any potential contingency as the ADF’s only deployable joint force headquarters,” he said.

While Vital Prospect was a long-running exercise, Colonel Shillabeer said there were many new additions this year.

The Army had the opportunity to test its long-range rocket artillery and missile system while, for many of the Navy personnel, the exercise provided their first opportunity to be deployed in the field.

“This was the first time we’ve actually exercised with a long-range rocket artillery and missile system as an Army capability,” Warrant Officer Silarski said.

In the 2020 Force Structure Plan, the Australian Government committed to the procurement of a battery of long-range rocket artillery and missile systems.

Warrant Officer Silarski said this capability would be a significant boost to Army’s long-range fires.

“With the ammunition available, we’ll be able to strike targets up to 300 kilometres away and that is significant for us moving forward,” he said.

“We’ve learnt that when we bring it all together and synchronise it well, the capability of the ADF is greater than the sum of its parts.”

This article was published by the Australian Department of Defence on October 22, 2020.