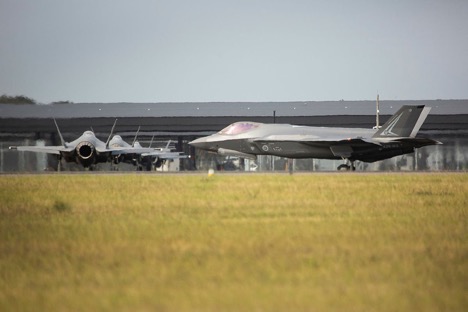 The force that Australia’s defence organisation is building will be the most powerful and capable that the nation has ever fielded. The Australian Defence Force’s massive build-up will include the acquisition of a host of new state-of-the-art platforms and weapons.

According to the Defence Department’s 2020–21 budget, the forecast expenditure for approved projects now tops $122 billion, and that doesn’t include programs such as the approximately $80-billion-plus that the government will have to commit to build the new submarines.

What’s missing, however, is a broad investment in defensive infrastructure to protect this essential capability upgrade from an adversary’s attack.

Of concern is that, to date, the emphasis in the ADF’s future capability investment has been on acquiring equipment and sustaining it, as well as envisioning how it will be used.

Except for in the cyber domain, little thought has been given to protecting those assets from an enemy, particularly one with long-range missiles that could negate the ADF’s powerful weapons.

This neglect must be corrected if the ADF is to have the opportunity to use its new capabilities before they’re destroyed by an adversary.

For example, the Royal Australian Navy is acquiring 12 Attack-class submarines, which will allow Australia to project maritime power throughout the region. When submerged, they will be hard to detect. Their stealth is their protection.

But when a cruise is over, the submarines will return to their home port and tie up alongside a wharf where they’ll remain in plain sight. At best, they might have a temporary canopy placed overhead to protect the crew and maintenance workers from sunburn. Enemy satellites or reconnaissance craft, or an agent on a nearby hill with a pair of binoculars, will have no difficulty recording every moment of their stay.

When in flight, the Royal Australian Air Force’s new F-35s will be able to hide in the sky due to their stealthy characteristics. Enemy planes and ground radar will find it difficult to locate and lock onto these fifth-generation aircraft.

Yet, at some point, the pilots must descend and land at an airbase, where they’ll park the planes on the tarmac, exposed to an enemy’s visual and electronic sensors. The jets’ expensive stealth technology will be for naught in the absence of ground protection.

The Australian Army’s fleet of new armoured vehicles, when not in use, will rest under tin roofs or in open transport yards where they’ll be easily detected.

In designing these capabilities, ADF planners prioritise operational defensive measures, not measures for when they aren’t in use.

For example, those designing the submarines will strive to render the hull and propulsion system as silent as possible, thereby making the boats hard to detect. Similarly, army program managers will incorporate features and devices into the design of vehicles to negate the effect of blasts, thereby improving the survivability of the crew and the platform.

However, much less thinking is given to the protection of those capabilities when they’re at ports, airfields or barracks. Yet the likelihood of adversaries striking from a great distance means that the point of greatest danger and exposure is when those assets are at their bases.

This hasn’t always been the case.

During World War II, German U-boats, when not on patrol, remained safe and secure inside concrete pens that protected them from aerial bombardment. A 13-month campaign by British and US bombers had hardly any operational effect on Germany’s submarine campaign. So well constructed were the pens that most remain in place today; the French navy still uses them.

Unlike in other countries, no Australian airbase has a hardened shelter in which to hide and protect aircraft.

This isn’t a hollow threat.

One US Air Force study estimates that 70% of aircraft at some overseas bases will be lost in a war’s first minutes. It could be safer for the ADF’s platforms to risk the hazards of operations than to remain at their home bases.

Australia should anticipate that the news of the commencement of war with a peer rival will be the detonation of missiles and other kinetic devices at bases across the nation while swarms of drones descend on army transport yards.

Just as the Japanese warplanes that swept over Pearl Harbor or Manila brought war to the United States, Australia shouldn’t expect prior notice of an attack that would give us time to prepare our defence. In fact, the launching of an attack has only gotten easier because of the range of modern missiles, the weaponisation of drones and the effectiveness of sensors.

Unlike for some problems, the solution to this risk is fairly straightforward. The Attack-class submarines are still many years off. There’s time to design and construct strong pens in which they can safely remain when they’re in port.

The design of reinforced aircraft hangars is well known and provision should be made for their construction, as should protective structures for army vehicles.

There’s nothing challenging in this suggestion—it’s just concrete and steel.

There might even be a coastal cliff or two or a mountainside that can be hollowed out to hide critical platforms. The Chinese, for example, have an underground submarine base on Hainan, and one of their boats was recently spotted entering it. Smaller economies than Australia’s have accepted the need for such investments: mountain redoubts are commonplace in Switzerland, where repair, arming and fuelling are all done underground. Swiss pilots can even take off from inside a mountain.

Australia does recognise some of the need to take defensive measures to safeguard the nation. After all, Defence and other agencies are making large investments in protecting Australia from cyberattack. Similarly, electronic countermeasure technologies attract considerable resources in the ADF. Still, it is rather odd that, although the possibility of a potential adversary satellite being overhead is so great, the basic defensive principles, such as physically hiding your assets from observation, are so neglected. That needs to change. A concrete structure might not be sexy from a warfighting point of view, but it’s still an essential preventive measure.

Every new acquisition program should include a protection phase that funds the installations needed to safeguard equipment from enemy attack. This isn’t a call to cancel such programs, but rather to provide the protection they need.

This will also require defence planners to develop a new mentality. They must put themselves into the enemy’s mind and think about how they would disable the ADF’s ability to wage war, maybe even before the war officially starts.

Cyberwar may be the new thing, but the old ways are still very effective and warrant attention. The proposed solutions may include building a redundancy of reinforced shelters, but there are also other options, ranging from camouflage, deception and dispersal all the way up to a ballistic missile defence shield.

Building submarine pens, aircraft hangars and vehicle shelters will require a massive investment in concrete and reinforcing steel, but that expense is like the premium on an insurance policy: you neglect it at your peril. It makes little sense to spend so much on cutting-edge capabilities and ignore the basics.

It isn’t enough to just buy capability; the ADF must also secure it.

If the ADF is to retain the ability to fight the next war, then defensive infrastructure investment must become a higher priority.

Albert Palazzo is the director of war studies in the Australian Army Research Centre.

The views expressed here are his own.

This article was published by ASPI on December 3, 2020.