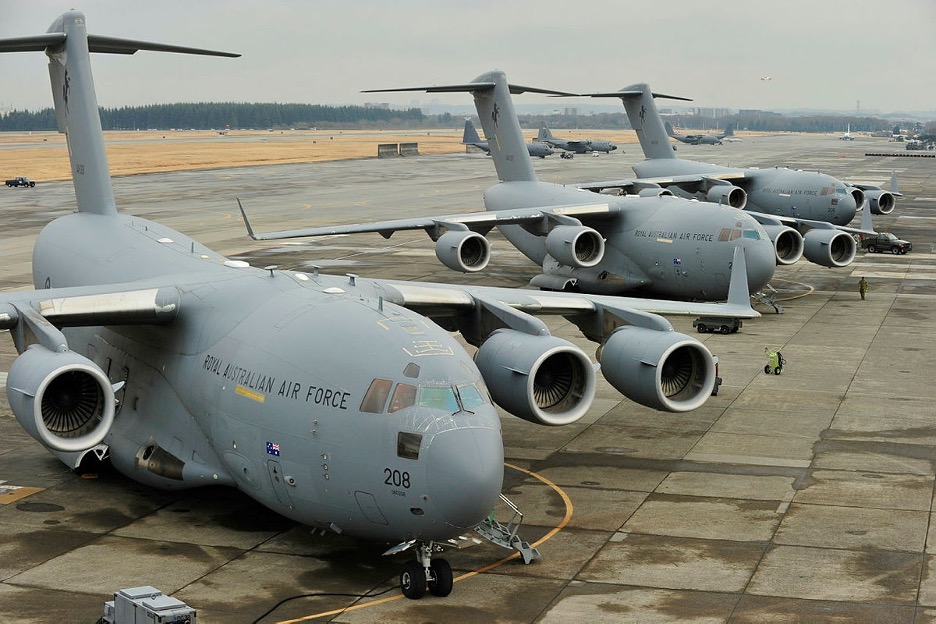 The 11th of March 2021 marks the 10th anniversary of the earthquake and tsunami that devastated northeastern Japan, killing more than 16,000 people and leading to the Fukushima nuclear accident. On hearing of the disaster, Australia’s well-practised and disciplined crisis-response mechanism swung into action. The government decided to send an urban search and rescue, or USAR, team, which was to fly to Japan on a Royal Australian Air Force C-17 heavy transport aircraft.

In Japan, unsurprisingly, there was a great deal of confusion. The devastation was widespread, communication systems were down and the government was mobilising national resources to respond to the catastrophic event. The Japanese were also attempting to coordinate the many offers of assistance they had received from around the world, all the while enduring multiple aftershocks. In the 24 hours following the initial quake, more than 70 aftershocks above magnitude 5.0 were recorded.

Australia was fortunate that a year earlier a RAAF group captain had been sent to Yokota Air Base, a US facility in western Tokyo, and appointed to head United Nations Command–Rear, a small unit responsible for supporting international forces should they need to respond to a crisis on the Korean peninsula.

Despite having no role or authority to do so, UNC–Rear accepted responsibility for managing the arrival of the C-17 and the USAR personnel. Being co-located with US Forces Japan enabled UNC–Rear to coordinate with the Australian embassy and liaise directly with American and Japanese officials to guarantee the entry of the C-17 and the USAR team. In addition, the New Zealand embassy contacted UNC–Rear and requested that it support a small New Zealand USAR team, arriving on a commercial flight, that would marry up with the Australian contingent. This task was also accepted.

The delivery of the USAR team could have been the completion of the mission for the RAAF, but Chief of Air Force Mark Binskin approved the C-17 to remain in Japan if it could be employed to support relief operations. Following a short conversation with the US Air Force colonel responsible, arrangements were made for the RAAF aircraft to integrate into the USAF relief effort, with UNC–Rear providing coordination and support.

The C-17 remained in Japan for two weeks and flew 23 sorties, ranging from Okinawa in the south, to airfields north of the disaster area, and to Sendai, in the disaster area itself. It carried more than 450 tonnes of crucial relief supplies as diverse as water, baby formula, nappies and food. It also carried Japanese military vehicles and 135 personnel to support the relief efforts.

The Fukushima nuclear disaster added a further level of complexity to relief efforts. For RAAF personnel in Japan, it meant operating in an uncertain environment where understanding and managing risk became hugely important. No one had operated in a potentially radiologically ‘hot’ environment before, so techniques and procedures had to be rapidly developed.

The nuclear accident also added another layer to Australia’s response. Keeping the Fukushima reactors cool to prevent a meltdown was a major focus of the Japanese authorities and more pumps to keep them doused with water were required. US engineering firm Bechtel offered to supply an unmanned water cannon, which was located in Perth, and the US sent a request through UNC–Rear asking whether the RAAF could transport it to Japan.

The RAAF response was swift. The two available C-17s were diverted from their planned tasking to RAAF Base Pearce near Perth and an air load team worked day and night to develop the structures and supports needed to load the pumping equipment and pipes onto the aircraft—a task that had never been done before. As soon as they were able, the C-17s left Australia for Japan and delivered their cargo. They remained in Japan for a few days before departing and were soon followed home by the original C-17 with the USAR team on board.

Among all of the nations that supported the relief effort, the Australian contribution stood out. Australia was the only nation aside from the US that made a direct contribution of military forces, and the RAAF integrated seamlessly with its US and Japanese counterparts.

Why did it work so well? First, there was a determination by all the Australians involved that they were going to assist and wouldn’t take no for an answer. Second, military-to-military relationships are built on two pillars: the structural, which comes from agreements, memorandums of understanding and so on, and the personal, which comes down to trust. The RAAF had been investing in its relationships with the US and Japanese air forces for many years and had built both the structural and trust frameworks needed to get the job done.

While the RAAF had worked with the Japan Air Self-Defense Force before, it had not carried any Japan Ground Self-Defense Force equipment—but the USAF had in its C-17s. Tripartite sharing of information, common standards and high levels of trust meant the RAAF could move Japanese forces without any undue concerns on anyone’s part.

Australia had a choice; it did not have to respond in the wake of the earthquake and tsunami, and when it did the contribution of the USAR team would have sufficed. It must be remembered that in 2011 the RAAF operated only four C-17s (it now has eight). In the middle of the crisis, three were deployed to Japan and the fourth was in Australia undergoing heavy maintenance and couldn’t fly. To commit Australia’s entire available C-17 fleet came with a level of risk, but also demonstrated a significant level of commitment, and the contribution they made in a short period of time was invaluable. Japan noticed what Australia did.

The RAAF personnel understood how to work with their US and Japanese counterparts, they acted whether it was in their job description or not, and they accepted responsibility for the task. By integrating an Australian air component in the middle of a triple disaster and operating in uncertain conditions, they demonstrated agility, flexibility, professionalism and compassion.

In the aftermath of the disaster, the majority of the accolades and formal honours went to Australian embassy staff in Tokyo, and the contribution of the RAAF and UNC–Rear was largely overlooked. Yet, arguably, the air force contribution, enabled by the UNC–Rear staff, was the defining factor that demonstrated to Japan that Australia was not only a committed friend, but also a highly competent security partner—and that view has set the tone of the relationship ever since.

Tony McCormack joined ASPI’s professional development staff in April 2018 after an extensive career in the Royal Australian Air Force. He was the commander of UNC–Rear during the 2011 earthquake and tsunami response.