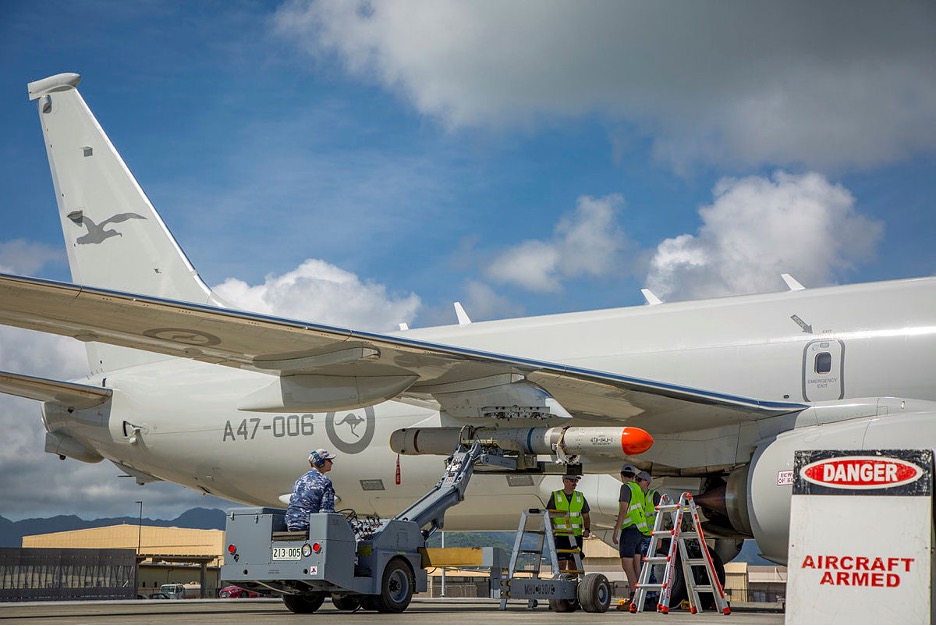 In 1503, Niccolo Machiavelli warned, ‘One cannot always rely on someone else’s sword. One must be prepared to fight for one’s own cause. And to be ready for this, one must have the means.’

More than 500 years later it seems that we’re still arguing the point.

In his recent Strategist article, Bradley Perrett presents a case that Australia should be stockpiling missiles instead of making them and makes an array of statements, some reasonable and some questionable. Although his economic rationalist argument is relatively new, the strategic argument is not. And an understanding of strategy is essential for understanding why developing a sovereign capability has clear advantages in replacing, or augmenting, missile stockpiling.

The essence of Perrett’s argument is that it’s cheaper and supposedly more secure to buy, and therefore it’s better to buy. We’re wasting our time in considering developing and producing missiles on Australian soil, he says. He sees only an all-or-nothing solution.

Perrett notes that we won’t be giving up stockpiling because we won’t make all the missile types we use. This is a reasonable assumption, due in part to the requirements of platform integration rather than an inability to do it. As an example, integrating a new missile into the F-35 would not be a simple task.

He also makes the reasonable point that capabilities have different operational importance, although his argument is that ‘flashy equipment gets the money’, rather than being an assessment of operational risks and the importance of mitigating those risks, particularly in times of conflict.

Taking these two reasonable points together, we therefore need to ensure that the missile types that we might want to develop are actually those with the greatest strategic impact.

The economic argument as to why this endeavour is beyond us is tenuous at best. True, Australia has a small defence force and is a very small part of the global market. But sovereignty in defence industry is not just about making money and creating jobs. It’s about addressing the capabilities and undertaking the industrial activities that mitigate the strategic risks that we cannot accept as a nation. The level of acceptable risk will depend in turn upon the level of the assessed threat. And countries such as Sweden have long adopted a policy of defence export in order to offset the domestic costs.

So, what are the risks that we need to mitigate?

The ‘operational advantage’ risk depends on the specific threat, and we could, in theory, address the threat through buying and stockpiling. The ‘freedom of action’ risk is the one that Perrett bases his argument on—that is, we can simply buy, in advance, the number of missiles that we need and then forget about the whole thing. Basically, we just don’t need to resupply.

Is that right, though?

The Perrett argument is that ships and planes, and the multitude of Australian Defence Force personnel who operate them, will be ‘knocked out of the fight’ after a few engagements, and missile resupply will therefore not be required.

What if he’s wrong?

What if, against his best calculations, the odd fighter or frigate survives longer than the time he has allocated?

What if, as he points out, the missile supplier can’t fulfil our request for additional supply because it’s busy meeting it’s home country’s requirements or trade routes are interdicted?

What if, as a result, we simply can’t put the ships and planes that we continue to possess into the field because the smart calculations of missile expenditure and platform longevity are wrong?

We will have achieved, ourselves, the result of taking our own platforms out of the fight since we can’t usefully operate them.

So, we need some level of sovereign development and production of missile systems.

Importantly, we do need to determine the types where we can maximise benefits and minimise costs.

We do have the local capability, and we can develop the capacity, but we need to start now.

The Covid-19 pandemic should have taught us some lessons about reliance on overseas supply chains and the importance of resilience.

Michael Heseltine, then the UK defence secretary, echoed Machiavelli’s comment in 1986 when he said:

“It is quite right that … there is practically nothing you cannot buy cheaper from the United States of America because they have huge production runs, huge resources, huge research programmes, funded by the taxpayer, and if we want to cut down Britain’s industrial capability all we have to do is to go to the United States of America and they will enable us to buy the products cheaper, and they are very good products, which would satisfy most of our demands, I might add with defence as well. But it would be, in my view, totally unacceptable [because] … you should never allow the strategic control of your essential defence requirements to be outside your hands.”

If we take the Perrett argument to its logical conclusion, not only would we not produce missiles in Australia, but we would not produce any defence materiel, and moreover we would be wasting our time having a defence force.

Graeme Dunk is a PhD candidate at the Strategic and Defence Studies Centre at the Australian National University.

He is also the head of strategy at Shoal Group, a defence-oriented company.