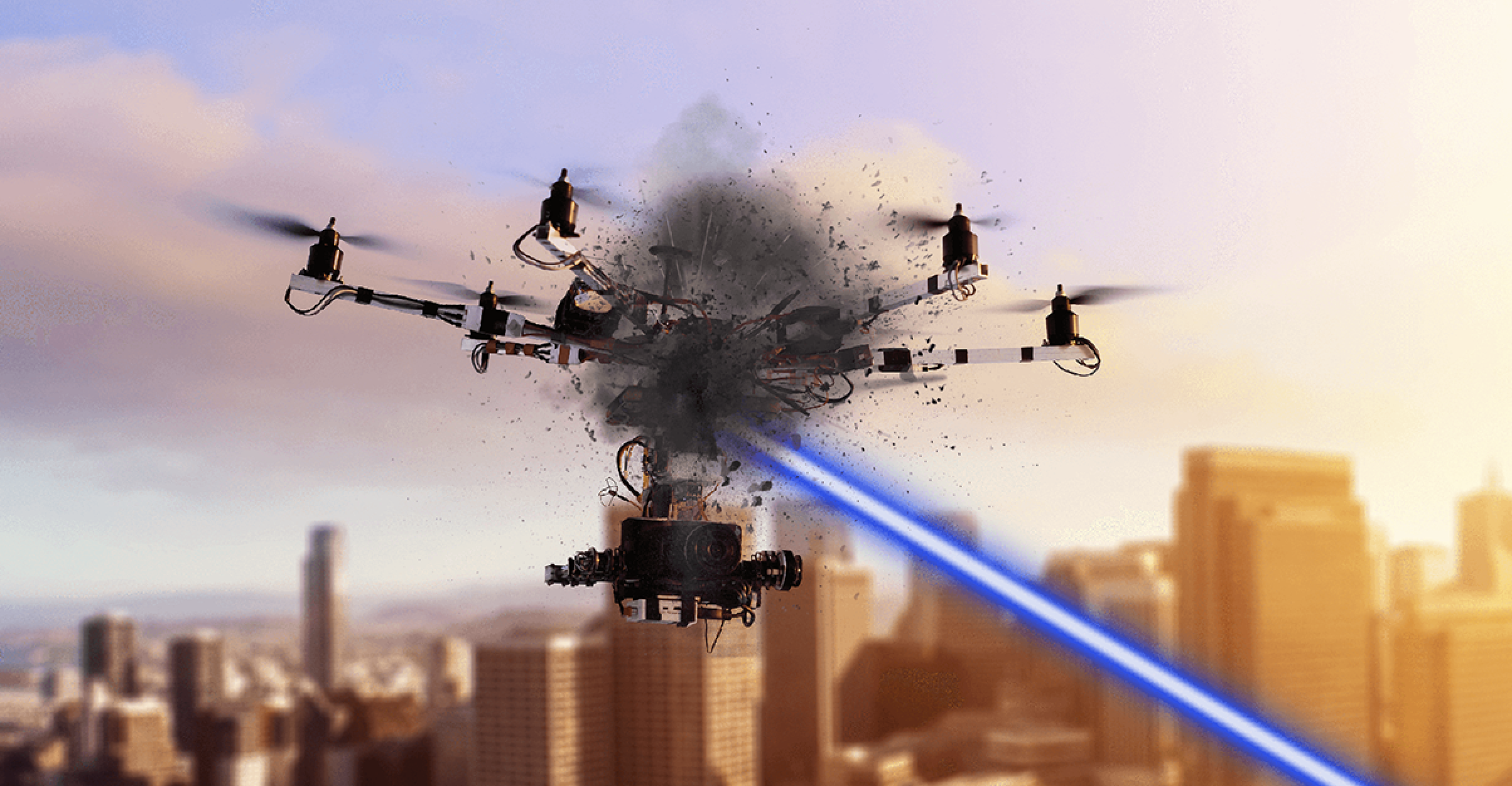 Paris – French efforts to build a military laser to hit an unmanned aerial vehicle could be seen with the July 7 demonstration of the downing of a drone in flight by a laser weapon under development.

That political backing indicated the French effort to deploy anti-UAV weapons for the 2024 Olympic games and 2023 rugby World Cup competition, both to be held in France.

The need for weapons could be seen in the US downing a drone attacking the American embassy in Iraq, the office of the minister said July 7.

The US forces fired rockets into the skies above Baghdad, hitting a drone armed with explosives, Iraqi security sources said, AFP news agency reported July 6. There have been six drone attacks against US forces in Iraq so far this year, out of a total 47 strikes against American services in the strife-torn Arab nation.

The anti-drone exercise at Biscarosse used the Helma-P laser developed by laser specialist Cilas and was the first live demonstration in Europe, the minister’s office said.

Cilas shot down in mid-October a UAV in flight, the first time a drone was destroyed by laser in France, the company said in a statement Oct. 11, 2020, with the French Defense Innovation Agency and DGA supportng Cilas in its laser work at Biscarosse.

Cilas is a unit of Ariane group, which builds the Ariane space rockets.

The US and Israel are leading the way in developing laser weapons, with American  technology nearing maturity and the forces close to receiving operational systems, the minister’s office said.

The Biscarosse demonstration used a laser against a UAV in the 20-50 kg range. The laser’s detection range was one to three km, and the laser could hit the target one km away with two kilowatt of laser power.

The power of a laser beam could be used to “burn” a drone or its precision could be used to destroy the UAV’s video camera. The plan was to make the weapons compact enough to be deployed overseas, as well protect sensitive sites on national territory, as well public events such as the international rugby competition in 2023 and the Olympic and Paralymplic games in 2024. There was close concern over lasers potentially damaging eyesight.

The French anti-UAV roadmap included work on an interceptor drone, with a demonstration in the second half of the year.

There was also work on an “electromagnetic cannon” as a directed energy weapon, which would disable onboard electronics on drones and hit several drones.

A DGA competition for an off-the-shelf system with electromagnetic capabilities, dubbed Parade, is under way and has attracted offers from industry, the minister’s office said, declining to say which companies had submitted bids.

The initial requirement is for six systems, with first delivery by the end of 2022 and  the possibility of further orders to be made. That deal was worth €350 million and would run 10-11 years.

That Parade electromagnetic weapon would be used against micro-drones of 100 g to two kg, and mini-drones of two to 25 kg, the official notice of the tender said.

The Parade project could interest CS group, MBDA, and Thales, as well as smaller companies such as Cerbair and MC2 Technologies, Forces Operations Blog, a specialist website, reported May 4.

The armed forces have deployed the CS Milad anti-drone system in overseas operations, the minister’s office said. CS won a contract in 2018 for Milad, which jams signals to drones.

Featured graphic: An illustration. In real life, the laser beam is not visible.  Credit: CILAS