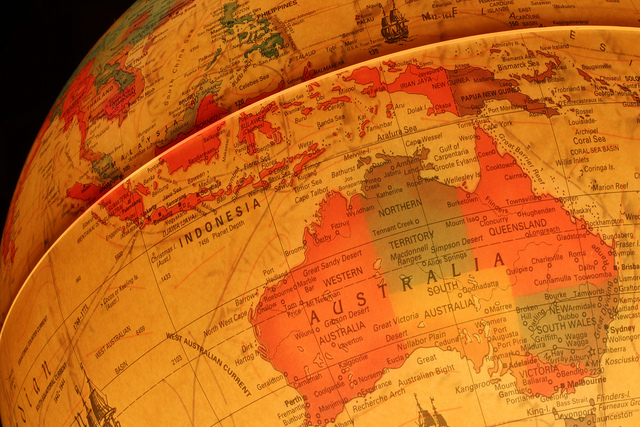 The independent leads of Australia’s defence strategic review, Stephen Smith and Angus Houston, have a tough task on their hands. It’s the first such review since Paul Dibb’s in 1986, which largely governed the 1987 white paper—and the first since consensus sees us ‘out of warning time’.

The then government accepted Dibb’s thesis that we planned against capability challenges in the region amounting to an ‘escalated low level’ threat. The facilities, personnel, industry and weapons systems he recommended could deal with that from ‘the force in being’ emanating from the paper. It also assessed that an ‘expansion base’ would be developed from it should a serious threat develop—and such a threat would take 15 years to emerge.

That threat has taken 30 years.

Looking back to look forward, we confronted in 1939 an existential threat, particularly after Japan entered the war in 1941.

How did we handle that?

What was required of us and how did we meet it?

We assumed our allies would struggle, and then we would. Prime Minister John Curtin had said as opposition leader: ‘The dependence of Australia upon the competence, let alone the readiness, of British statesmen to send forces to our aid is too dangerous a hazard upon which to found Australia’s defence policy.’ The response was handicapped by the Great Depression. Defence expenditure as a percentage of GDP was about where it has been for the past 25 years.

That was enhanced by BHP head Essington Lewis’s stockpiling of iron ore and steel to feed industries we’d created since federation and accelerated after 1919. As Andrew Ross wrote recently in The Strategist and in his 1994 book Armed and ready, we put in place a major scientific, technological and industrial base.

By 1941 we’d been in a full war economy for 18 months and had created the capacity to equip six divisions on our way to more. Equipped to fight the Germans, ours were superior to Japanese divisions. Our field artillery outranged theirs, and our anti-tank guns outranged Japanese tanks and could penetrate their armour.

Americans, including General Douglas MacArthur, weren’t familiar with the effective performance of Australian forces in the Middle East. Some had noted their fighting performance in Malaya. Curtin was anxious to persuade the U.S. it had a capable ally that could carry its weight. It’s worth quoting Curtin’s address to America on 20 January 1942, six weeks after Pearl Harbour, outlining the potential effectiveness maintained for the rest of the war. It should enhance our understanding of what we were capable of then and could aspire to now.

Curtin said four out of every 10 Australian men were wholly engaged in the fighting forces or making munitions and equipment. The other six, aside from feeding and clothing the whole 10 and their families, produced the food, wool and metals Britain needed. ‘We are not, of course, stopping at four out of 10,’ he said. ‘We had over three when Japan challenged our life and liberty. The proportion is now growing every day. On the one hand we are ruthlessly cutting out unessential expenditure so as to free men and women for war work, and on the other, mobilising woman-power to the utmost to supplement the men.’

With single women civilly conscripted and married women pressured to work, we were the most mobilised belligerent of World War II.

Spending on defence hit 34% of GDP in 1942–43. The percentage of all federal spending to GDP is currently 27%. Seventy percent of our federal budget was devoted to defence. It is now around 5.56%. US President Harry Truman in his report to Congress on the Lend-Lease program in 1946 spoke of his surprise to find Australian and American participation about equal. He was wrong. Australian contributions were superior, producing a debt we forgave at war’s end.

In February 1942, Japan’s army and navy debated invading Australia—army opposed, navy supported. Distance, the commitment in China and the fighting capabilities of Australian forces were cited as reasons they didn’t. The navy was asked to concentrate on movement through the South Pacific islands to cut Australia off from America. A largely Australian effort in Papua and American in Guadalcanal put an end to that. I have put to Chinese interlocuters that their diplomatic endeavours resemble a ghost of Japanese strategy.

What chance now of 20% of GDP devoted to defence? We have settled at around 2%. That was a figure the U.S. administration, when I was ambassador, pressed on me. I responded that we both devoted roughly the same percentage of GDP to spending at the federal level.

In America’s case, as well as defence, spending concentrates on social security, Medicare and Medicaid. In most other areas, U.S. federal spending leverages the states and private sector. That includes the states on unemployment benefits and that only for 12 months.

Australia funds pensions, universal health care, full unemployment benefits, supporting parent benefits, the bulk of funding of 35% of school children in the private sector, and a substantial contribution to state schools and universities. The federal government also contributes to infrastructure, childcare and an array of social spending including the national disability insurance program. When a defence minister sits in a cabinet spending review, he or she doesn’t see an array of friendly faces. In the US, they largely do.

During World War II, Australia was still in the umbra of a united defence as a major factor in the decision to federate. Many major programs that are federal now were handled then by the states. World War II and post-war exigencies with taxation changed that, and its impact on the distribution of functions has changed the 1939 picture dramatically. With an end to warning time, that anxiety should motivate us. Lifting defence spending to 3% or the American level of 3.5% should be doable, but one suspects not. Hopefully, the review might encourage some movement.

Curtin’s spirit might encourage sympathy for the reviewers’ desire not to see a defence dollar wasted. We can’t afford expensive propositions where cancellation is likely. The services’ professionalism leaves them conscious of allies’ capabilities, but we need to look at what’s effective for us. Focusing on missiles and mines; on many areas of surveillance technologies; and on the use of artificial intelligence, advanced computing, cyber and unmanned systems needs to be priority. Australia has many inventive scientists and businesses, though enhancing legacy platforms may throw up products and requirements outside our normal deployments. Aspects of them are not necessarily popular with our force’s planners.

The burden shouldn’t fall on the defence portfolio alone.

Resources, transport and industry must be engaged in national resilience. States, local governments and the private sector have roles.

All levels have an interest in massively enhancing our fuel reserves.

Roads in the north might contain stretches aircraft could fly from.

Submarines could go deep more quickly and with more channels to exit Albany and Exmouth than from Stirling.

They did that in World War II.

We and our allies can mine and process most of the critical minerals on U.S. President Joe Biden’s list of 50. Rare earths are used in 3,400 American weapon systems, but 90% comes from China.

Our capacity to mine and process rare earths should be a major AUKUS program.

Our readiness before World War II was industrial. We are nowhere near that now.

But our military is in much better shape. So is our ally, which has a superb force. It is desperate to focus on the Indo-Pacific.

But as a global power, the U.S. is being taken in directions it would prefer not to go because of the Ukraine war. The situation has become very dangerous.

Curtin used to portray us to the Americans as their last bastion, certainly in the Southwest Pacific. Some of that quietly slips into the American consciousness now. They’re responding to the perception that developments could affect communications with us.

We need to put back at the forefront of our thinking what we did in World War II.

It’s a challenge to contemplate the price we might have to pay.

The review’s reception will be put into proper perspective as we contemplate challenges we once met.

Kim Beazley is a distinguished senior fellow at ASPI. He served as defence minister from 1984 to 1990 and was Australia’s ambassador to the United States from 2010 to 2016.

This article was published by ASPI on October 5, 2022.