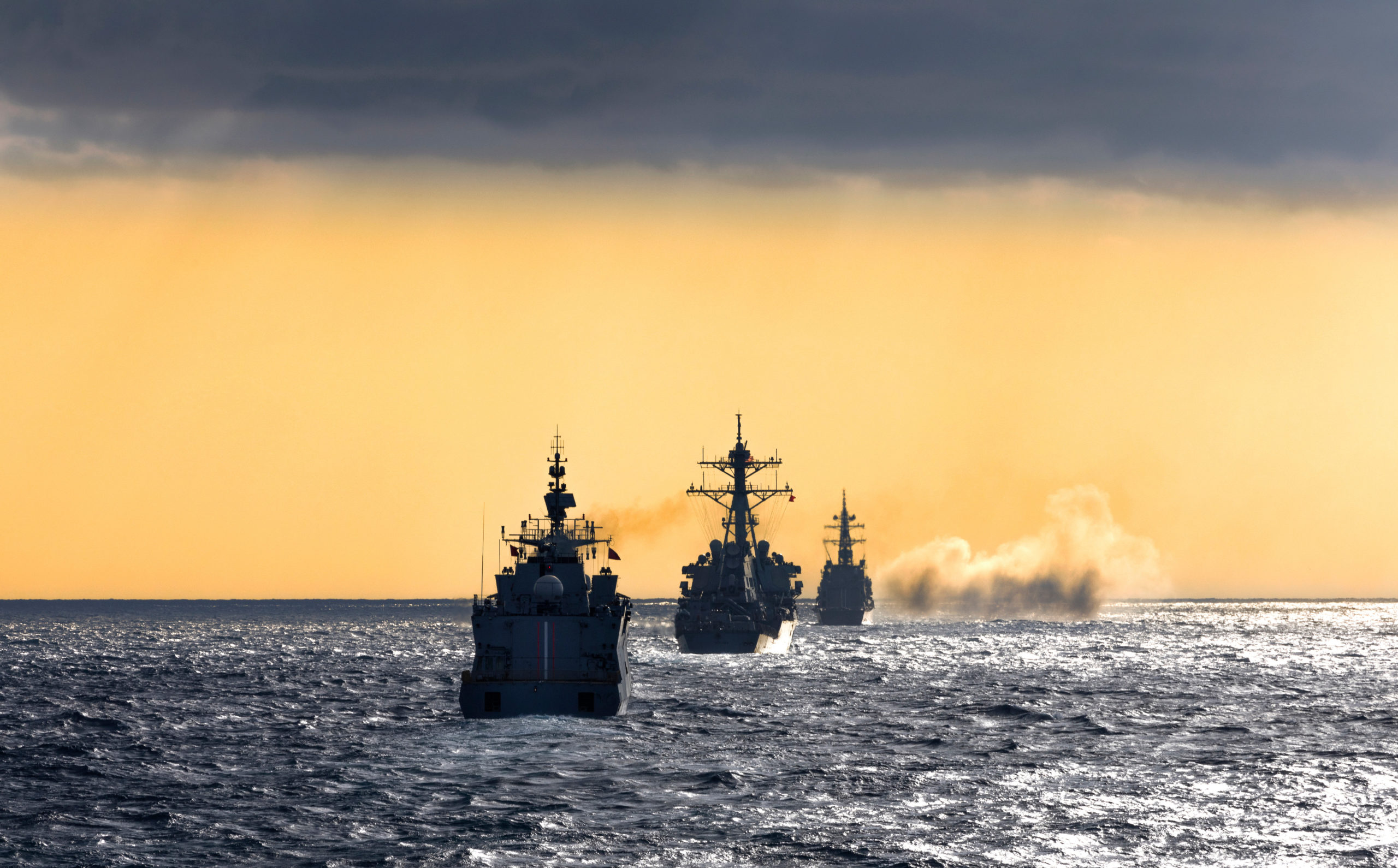 This year marked the 26th iteration of the Malabar series of exercises, and the third time that all four nations integrated to advance collective planning, integration and employment of advanced warfare tactics.

“Australia regularly participates in exercises and training with regional partners to build mutual understanding and interoperability in support of an open, inclusive and resilient Indo-Pacific,” Air Vice-Marshal Kitcher said.

“The inclusion of a RAAF P-8A Poseidon for first time, along with RAN ships and a submarine, provided a valuable opportunity to focus on complex maritime warfare, interoperability and air-maritime integration.”

HMA Ships Arunta and Stalwart will continue with their regional presence deployment, returning to Australia in early December.

Published by Australian Department of Defence on 15 November 2022.

(Front to back) JS Takanami, USS Milius and INS Kamorta conduct a 5-inch naval gun shoot during a cooperative activity as part of Exercise Malabar 2022.