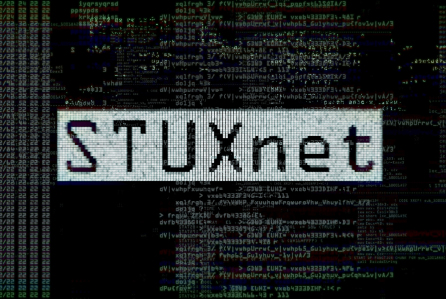 That’s the crux of the problem.

Nuclear rivalry was a defining feature of the first nuclear age, the Cold War.  In the 1990s and 2000s it seemed to many people that repeating this a second time around, after the Cold War was over, was truly insane.  It was beyond folly.  On this there was wide agreement that crossed all political divisions of right and left, hawk and dove, in the United States and Europe.

Yet here we are.

The bomb has spread to three countries in Asia: India, Pakistan, and North Korea.

The United States went to war to disarm Iraq of WMD it did not have.

It is trying to stop Iran from getting the bomb now.

China and India are MIRVing their forces, and building SLBMs.

What is also missed, or is intentionally overlooked, is the way  new “conventional” weapons relate to the nuclear forces.

The most strategic use of cyberwar hasn’t been to hack intelligence.  It’s been to disrupt nuclear and missile programs in Iran and North Korea.

Hypersonic missiles, likewise, are strategically important because they can destroy nuclear missiles  quickly, before there’s time to fire them.

But let’s return to crux of the problem: the second nuclear age wasn’t supposed to happen.

There is reluctance in intellectual and academic circles to admit that nuclear weapons have returned, and that they play a major role in today’s great power rivalry.

Because to acknowledge this would mean that the legacy framework of nuclear nonproliferation no longer describes important dynamics of our age.

Can anyone seriously look at India or Pakistan today and argue that the world’s anti-nuclear regime needs to be patched up —  by compelling both nations to give up their nuclear forces?

To argue this straightjackets international politics into nuclear nonproliferation theory.

A non-nuclear India couldn’t do this.  It wouldn’t have the confidence to do so.

Reluctance to admit that we are in a second nuclear age, with new strategies, power dynamics, and technology, in a way makes a certain kind of sense.

It is sometimes useful to pretend that there are only a few bumps in the road, and that we’re still in a post Cold War world where everyone understands the risks of nuclear weapons.

This argument might even encourage the view that old deterrence and nonproliferation frameworks are still working.

But at some point holding this view becomes like the Catholic Church and its child abuse scandal.  One of the reasons these horrors went on for so long, and reached the catastrophic levels that they did, was because the issues raised were so unpleasant and upsetting.  There was great resistance to even talking about them.  In the absence of any higher level conversation,  the Church fell back on whitewash reports, cursory investigation, and kicking the problem of abusive priests to another jurisdiction.  The sad results of this are now well known.  They are apparent for all  to see.

In the same way the challenge of managing a second nuclear age that is structurally, technologically, and politically different from the Cold War are unpleasant and horrible to consider.

Like the Catholic hierarchy, we wish it would all go away.  There are discernable problems and difficult situations that people do not want to talk about.

But we have to talk about them.

We have to think about them.

Because to do otherwise is avoid the central challenge of world order the 21st century:  the return of great power rivalry in a multipolar nuclear world, a world also with weaker, insecure, dangerous, regional nuclear weapon states like North Korea.

As to how this second nuclear age plays out in Asia I would make two big points.

First, nuclear weapons are altering Asia’s strategic geography.  At one time Asia could be divided up into regions, like South Asia, Southwest Asia, Northeast Asia, and Southeast Asia.  These divisions arose from the vocabulary of the Cold War.  They were a way to neatly separate regions where the issues in each were only loosely related to one another.  For example, Southeast Asia meant the Vietnam War, the domino theory, and counterinsurgency.

Now Asia is being stitched together as a larger strategic region.

Two forces seem to me to drive this.

First, business has gone from a national to a continental and global scale in Asia.  Business is a major driver in China’s One Belt, One Road initiative, because it expands China’s export markets with improved roads, rail, and ports.

At a time when China fears an even larger trade war with the United States, and more severe curtailment of its exports to the EU, selling to the Asian market becomes much more important to Beijing.  Not only is this to expand markets.

It is also to improve their bargaining power with Washington and Brussels on exports and future trade agreements.

The other factor stitching Asia together is military.

Here, nuclear weapons must be recognized.

China now has the capacity to reach deeply into the Pacific.

China can also cover all of India with missiles that may carry conventional or nuclear warheads.  In the old Asia of the regions the Himalayas prevented the two giants from getting at each other.  China was a land based infantry power, with no capacity to attack the U.S. maritime secuity system.

None of these things are true any longer.

The new military technology, things like cyber, drones, hypersonic missiles, AI, etc. make the risk of something “nuclear” going wrong that much greater.

Let me explain this.

In the Cold War nuclear weapons were mainly, overwhelmingly in fact, looked at as necessary to offset the other side’s nuclear forces.  Deterrence was the core strategy, of course.

But even here, it was a defensive deterrence, intended so the other side couldn’t exploit any one sided advantages it might obtain with nuclear blackmail, which in any case never arose a single time in the Cold War.

Both sides were risk averse, prudent when it came to nuclear threats, yet willing to keep nuclear arms at hand to counterbalance the other.

In contrast, the second nuclear age offers many opportunities for an offensive deterrent.

This is because there are so many different strategic cultures and personalities in it.  And because new technologies make this possible.

Nuclear forces could be used to deter others from interfering with operations of much lower intensity.

Strikes that use conventional precision weapons, cyber, and hypersonic missiles are altogether more threatening if they are backed up with a nuclear hammer.

Unfortunately, there is historical precedent for this type of second strike force.  Hitler used his air force and army as a threat to deter Britain and France from interfering with his moves into the Rhineland, Austria, Czechoslovakia, and other places.

But there was nothing comparable to this in the Cold War.

The prospect of offensive nuclear deterrence is just one of many ways that the new nuclear order is different.

This brings up another way the second nuclear age plays out in Asia.

The old Cold War categories of deterrence do not adequately conceptualize the problems of a second nuclear age.

Consider the fundamental idea of central war.  Central war was a conflict that had strikes on the homeland of the enemy.

In the Cold War this meant nuclear attack.

Now there are many ways to strike the enemy homeland, that is, to wage central war.

EMP, cyber strikes, precision strike, anti-satellite attacks.  Attack on the U.S. financial, transportation, and electric systems could cause enormous chaos.  It would be an act of central war.

In the context of a crisis showdown it’s also a way to raise the risks that never existed in the Cold War.

New technologies can also be used to attack nuclear forces.  They can destroy a nuclear deterrent with conventional weapons alone.  Conventional counterforce is going to be one of the big businesses in the second nuclear age.

Nuclear forces depend on commercial power from the electric grid, have connections to headquarters, and require a lengthy setup time to use them.

All of these create large new vulnerabilities.

It is hard to imagine that intelligence services won’t focus on just these weaknesses.

In sum, it isn’t that targeting strategies are changing.

It’s that the underlying target categories themselves have changed.

Central war, counterforce, countervalue, and even threats that “leave something to chance” have ambiguous meaning now.

Is an ASAT attack “a threat that leaves something to chance”, to use the astute phrase of Tom Schelling to describe NATO’s tactical nuclear weapons in the 1960s?

A Chinese ability to degrade U.S. precision strike with anti-satellite attack could easily spill into upsetting the stability of the entire U.S. command structure.

Nothing remotely like this existed in Cold War targeting categories which provided a “clean” separation of target classes, and were used to build operational war plans.

We are in a world where technology is far ahead of strategy.

I would go further.

With the reluctance to acknowledge that we’re in a second nuclear age, the dominating strategy today in many quarters seems to be one of “ignorance is bliss.”

It is surely better to think about these things before a crisis hits.

Now, the risk of an eruption to nuclear use seems low.

There are no serious crises like the ones of the Cold War.  It is precisely this time when we need to focus on the important but not necessarily urgent questions of national security and nuclear order.