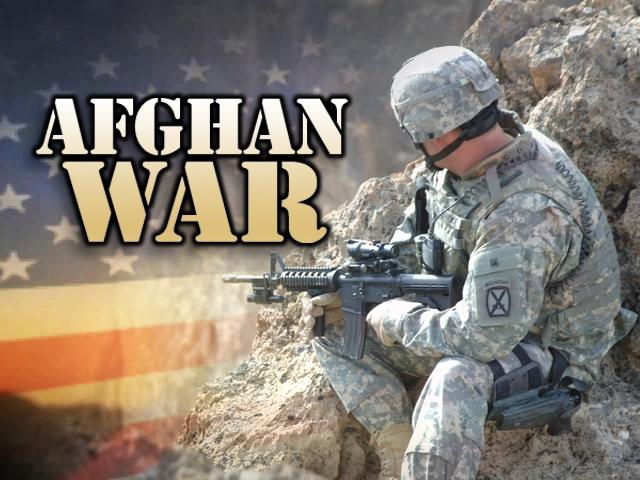 The Trump Administration has focused in its defense strategy upon the urgent necessity to deal with the direct threats to the United States and its allies posed by peer competitors.

And a crucial skill set in succeeding in this competition will be to know how to manage crises, use force and diplomacy to terminate crises effectively.

But with the endless war in Afghanistan demonstrating clearly that the Administrations which launched and conducted the endless war simply can not terminate US engagement in a conflict, how will this work.

War termination in Afghanistan is not only important in terms of redirecting out efforts to protect core American interests and to deter adversaries investing and building for the high end fight, but also in demonstrating that the US can actually do war termination effectively.

The Afghanistan “warfighting school” is simply teaching the US very bad strategic habits.

It is time to learn a new set of habits.

Strategic battlefield past combat success with the treasure of American Families going to war can be seen in contrast with the Afghan time line of the current 6,175 days and still counting “forever” Afghanistan war.

Something is seriously wrong with the ongoing US military strategy.

A simply historic review with a day count of American combat history shows that in all wars, there has been in retrospect a tipping point of a successful battle that shows eventual victory.

Vietnam excluded because we won that war in combat but lost it on a political battlefield.

After 17 years, except for the very successful opening engagement in Afghanistan, a tipping point engagement has yet to have been seen.

And simply projecting one into the endless time horizon is not a strategy; it is an abdication of leadership and strategic responsibility.

From Nation Building to Counter-Insurgency, to Stability Ops, whatever that means, tremendous treasure has been squandered with limited progress as the US begins to face deadly peer-to-peer adversaries.

The assumption that the US can drain treasure and blood in the endless war while we refocus on peer competitors, who are directly threatening the United States at home and abroad is simply misplaced.

China has built up its forces by investing in the high end fight, while the US has spent precious human and investment capital in an endless war, which will have little or no impact on deterring peer adversaries.

US/NATO combat actions the warriors have won at the small unit level.

It is not the valor and undaunted courage of the troops, nor their battlefield tactics, that is in question.

It is the grand strategy that has failed, because how can the Taliban be so successful against the Afghan Army when they do not have American advisors and air cover?

If we look back at the timelines of past wars compare to the Afghan war, it is readily apparent what endless means.

Excluding the great insight that the US frontier expansion was actually over a century of warfare, the longest war American’s had previously fought was the Vietnam War.

On August 7, 1964 the US Congress approves “all necessary action” in Vietnam.”

However, prior to Congressional action causalities began to happen taken from the history of Vietnam:

He served in Korea, where he was injured and awarded the Purple Heart, as well as in Vietnam. He was the first US Army soldier to be killed in the line of duty in the Vietnam War. A street at Fort Lewis, Washington, is named in his honor.

He is buried at the United States Military Academy, West Point, New York.

During that period of 1964-1975 there were approximately 9 million men and women in uniform with around three million serving in South East Asia.

An actual census count in the 2000 Census determined that the surviving U.S. Vietnam Veteran population estimate is: 1,002,511.

My personal belief is exposure to Agent Orange created a lot of uncounted causalities.

Because it wasn’t until 1990 that Secretary Ed Derwinski in a visionary move, service connected Vietnam Veterans exposure to Agent Orange to early life ending diseases.

On a personal note I tried to get the Obama Administration to count number of living Vietnam Veterans in the 2010 census but failed.

I hope the Trump Administration has collecting that data as part of the 2020 Census.

The Afghan war essentially began on October 7, 2001 and continues to this day which is so far 6,175 days.

Taking nothing away from our very courageous NATO Allies whose service members fought and died shoulder to shoulder in Afghanistan and Iraq, the US Killed in Action has been reported as:

1,695 American soldiers have died in the war in and around Afghanistan.

82 American soldiers have died in other theaters of war.

Approximately, an additional 20,320 American service members have been wounded in action during the war.

Speaking “ground truth” reported September 2 2017, the departing US Commanding General stated that it was time to end this war.

Of course the question is simple, with six previous combat tours in Afghanistan, he was perhaps the most experienced Four Star Commander to take command so why didn’t he create a strategic “tipping point” to end the war on his watch?

How many tours are necessary in the endless war while you are doing open-ended stability operations?

Gen. John W. Nicholson Jr., (West Point 1982) the commander of U.S. and NATO forces in Afghanistan for the last 31 months, urged all sides to bring an end to the war there as he departed his post,

Another Afghan hand was even more blunt:

“Our soldiers are volunteers, permitting the American people and their elected representatives to be indifferent about the war in Afghanistan,” Karl Eikenbery, (West Point 1973) a former American commander in Afghanistan and U.S. ambassador to Kabul, told the Times.

“We continue to fight simply because we are there.”

“Military commanders in Afghanistan, absent political guidance and a diplomatic strategy, have filled the vacuum by waging a war all agree cannot be won militarily,”

Eikenberry added “Their mission has been to ‘make progress,’ which they themselves define and which is often unrelated to the tasks of delivering a sustainable peace and the withdrawal of U.S. forces.”

Time Line of the Tipping Point moments In American Wars

A very fair time line of American tactical and strategic leadership since the American Civil War shows us that:

World War I Congress declared war on April 6, 1917 and the US Marines made their heroic fight at Belleau Wood to save Paris and turn the tide from June1 to June 26 1918—446 days.

It is very obvious something is terribly wrong in our Afghan Strategy especially with the Taliban and apparently ISIS, when not killing each other, are essentially gaining ground after a 17 year US and NATO combat engagement.

The latest push for talks between the US and the Taliban also stems from the reality on the ground.

The Taliban, along with other insurgent groups, keep gaining control or influence over territory and people in Afghanistan.

So any end to the conflict would require Washington and Kabul to strike some accord with the Taliban, although the insurgent group currently only wants to talk to the US first to ensure it leaves Afghanistan.

American combat history has a similar example of warring parties joining forces until they didn’t.

Ironically like Taliban and ISIS a similar situation arose out of The Vietnam War.

It was a two front war, with the NVA and Vietcong attacking along with the Cambodia Khmer Rouge active on the South Vietnam border.

After the US pull-out, the NVA took on and defeated the very evil Khmer Rouge who were supported by the PRC.

After their defeating the Khmers the Vietnam Army severely mauled the PLA attacking on their Northern border.

The US was not engaged in this regional war!

The featured graphic was taken from the following source: