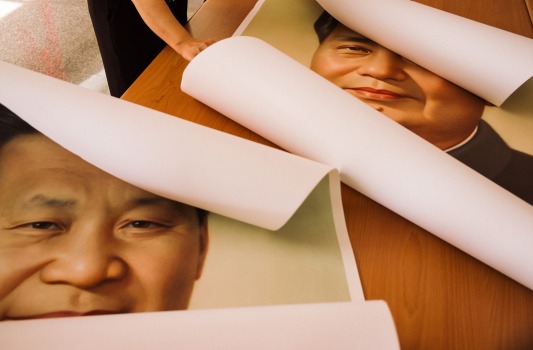 The tensions between Washington and Beijing are much deeper and longer lasting than many Australians assume.

They spring partly from a deep sense of grievance in the US that China has been exploiting holes in World Trade Organisation rules and has been gaining free access to the American market while simultaneously imposing unfair restrictions on US companies seeking to reach Chinese consumers.

Especially troubling to Americans have been the forced transfer of technologies, highly restrictive investment regimes and massive Chinese government subsidies. These distortions contribute decisively to China’s vast trade surplus with the US and both Republicans and Democrats now insist that this needs to change.

Reinforcing this negative sentiment has been a rapidly-growing American distaste for the recent behaviour of the Chinese Communist regime. The imprisonment of one million Muslim Uyghurs and Kazakhs in “re-education camps”, the destruction of  churches and the harassment of Christians, the fusion of data from some 200 million CCTV cameras and scores of computer databases to produce a 1984-type police state that coerces citizen loyalty to the Party have all triggered revulsion across the American political spectrum.

While Beijing may still have some sympathisers in Hollywood and in parts of the American technology sector, China now has few friends in Washington.

American leaders have also been affronted by China’s aggressive international behaviour, especially since Xi Jinping gained power in 2012. The theft of vast quantities of American and allied intellectual property, the surge of Chinese espionage operations to exceed that experienced at the height of the Cold War, the accelerated expansion of Chinese military and militia forces and the aggressive use of these forces to bully regional states has not gone unnoticed.

Senior Americans have also been deeply troubled by China’s effective seizure of the South China Sea. Despite Xi Jinping’s promise to President Barack Obama that China would not militarise its newly created islands, they now see the finishing touches being made to three major fighter-bomber and naval bases and an extensive military surveillance network on the Spratly Islands in the middle of the South China Sea.

Key decision-makers in Washington have also expressed dismay at Chinese Communist Party interference in the political processes and the exercise of democratic freedoms in Australia, New Zealand and other close allies.

Reinforcing these concerns is Xi’s new narrative about China’s strategic goals. Expressions of China’s “peaceful rise” and Beijing “biding its time” have been replaced by statements of its determination to achieve the “China dream” of becoming an equal, if not a superior, power to the United States.

Xi has also spelt out a “Make in 2025” strategy, revealing that Beijing plans to dramatically accelerate technological development in 10 key sectors of the economy so as to refocus the country’s manufacturing sector, reserve market share for domestic market champions and seize the high ground in future international markets. American business executives have already seen evidence of stolen intellectual property being used to turbo-charge this sprint to global economic leadership.

While Beijing may still have some sympathisers in Hollywood and in parts of the American technology sector, China now has few friends in Washington.

The impact of these developments on Washington has been profound. The lead intelligence agencies have briefed Congressional committees on the broad range of Chinese operations and this has altered the tone of many debates. There is a clear sense that the era of American dithering is over.

These issues were prominently canvassed in the recent US National Security and National Defense Strategy documents with a significant stiffening of backbones apparent.

There may not be many issues that unite both sides of Congress but the need to counter China is certainly one. A broad consensus has now been reached that Beijing poses the most serious strategic threat to the United States and its allies and strong and sustained action is needed.

What has yet to emerge is a clear American and allied counter-strategy. How can the West most effectively deter further expansionary, interfering and unfair behaviour by Beijing?

All indications are that both sides of American politics are digging in for the long haul. Donald Trump and his close colleagues appear determined to thwart Xi’s campaign to make the world safe for authoritarianism and, in so doing, they have seized the initiative. Trump’s announcement that the US would levy tariffs of 10 per cent on 5700 goods imported from China from next Monday and threatening a further rise to 25 per cent by the end of the year is driven by a belief that such steps will hurt China much more than the US.

But this week’s American imposition of expanded tariffs on Chinese imports needs to be seen as just one of a series of steps. Even if Beijing manages to conclude a ceasefire in the trade war, Washington has tighter technology transfer controls and a range of other economic and geo-strategic measures under development and is unlikely to be satisfied until China’s economic transformation is liberalised and Beijing’s international and domestic behaviour is moderated.

The psychological impact has already been profound. For the first time in decades Washington appears to be out-manoeuvring Beijing. Some Chinese commentators are suggesting that Xi has over-reached and expressing the fear that Trump is a far more formidable adversary than they had anticipated.

The implications for Australia, and especially for Australian companies, are profound. China’s assertive and intrusive behaviour has woken the great American eagle and Beijing may come to rue the day.

We are witnessing the emergence of a geo-strategic struggle that is likely to be intense and long-lasting. There is little appetite in Washington or in the capitals of the other close allies to compromise on core democratic values, principles or practices, nor on the West’s geo-strategic pre-eminence.

The imperatives for corporates to review past assumptions, risk assessments and investment plans are strong. For those enterprises that have grown over-dependent on China, the logic of market diversification is compelling. We are entering a new era.

Ross Babbage is a former senior Australian official and is currently a non-resident senior fellow at the Centre for Strategic and Budgetary Assessments in Washington and CEO of Strategic Forum in Canberra.

First published in the Australian Financial Review, September 20, 2018, and republished with the permission of the author.