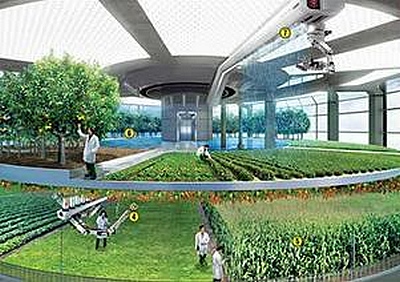 Whatever one’s religious belief, we can all can acknowledge that World War II was the closest humanity has come to unleashing what is symbolically known as The Four Horsemen of the Apocalypse: war, famine, pestilence and death.

However, that Hobbesian view of humanity can be offset by walking along a unique “trail” in D.C., called “The Peace Trail,” on our National Mall.

One of the central points of note on the Peace Trail are four bronze statues.

Two are known as “The Arts of War” and flank the entrance leading from the Lincoln Memorial to Memorial Bridge, crossing over the Potomac River to Arlington Cemetery.

The second two statues, “The Arts of Peace,” flank the road that runs parallel to the Potomac River.

The Arts of War have one word on each statue: “Valor” on one, “Sacrifice” on the other — appropriately so, given that the Memorial Bridge leads to Arlington Cemetery.

The Arts of Peace have carved in their stone bases “Aspiration and Literature” on one and “Music and Harvest” on the other.

No better connection of words embodies the power of human nature’s resiliency with pure joy as when these words, “Music and Harvest,” are joined together.

Those words take on additional importance when one reads that the stone castings were done in Naples, Italy, and they are a gift from the Italian people to the American people in 1950, just four years after the horrors of World War II.

From Roman engineers building roads and aqueducts to help harvests to the great “Green Revolution” beginning in the 1950s and continuing to this day, some of the best minds in the world have sought to meet the challenge of feeding humanity.

One key leader was Norman Borlaug, an American agronomist who is often called the father of the Green Revolution and who received the Nobel Peace Prize in 1970 for increasing food production.

His efforts to develop — and deliver — high-yielding varieties of cereal grains to India and Pakistan are credited with saving as many as a billion people from starvation.

Additional elements of the revolution were helping farmers improve their irrigation techniques and get access to man-made fertilizers and pesticides.

Thus, all people can appreciate that the advances in agriculture are a genuine “soft power” contribution to world peace!

Impoverished nations will not have to fight for basic survival if they can simply feed their citizens.

From the great land-grant institutions to scientific research labs and schools such as Cornell’s College of Agriculture and Life Science, research pioneers have played an important dynamic role in advancing knowledge in growing nutritious food.

Now, agriculture in the 21st century is entering the practical and achievable dimension of vertical farming.

This phrase — describing growing plants in multistory buildings rather than on a horizontal farm — was actually coined in 1915.

But thanks to renewed efforts in development, it is now possible to move from the scientific linear approach of advancing yields from a horizontal farmer’s field to going vertical.

This is a true step-function into creating a “fourth Agriculture Revolution.”

There is tremendous promise when the best innovations of the Green Revolution are integrated into vertical farming, especially in urban and suburban settings.

Food insecurity is a concern for anyone living in a city.

Poor quality, limited options and a fragile supply line are only some of the challenges in feeding people.

Looking at agriculture more broadly, many practices that have been used for decades — and even thousands of years — are breaking down and are ultimately unsustainable.

Fertilizers produce chemical runoff that is polluting the water supply.

This, in turn, has led to a number of aquatic “dead zones.”

Huge amounts of water and land are needed to keep pace with the population.

Vertical farming can address these concerns in ways that greenhouses and regular urban farming can’t.

Picture several high-tech greenhouses stacked on top of each other.

Now add in hydroponics, a fairly familiar growing technique that uses a third the amount of water required by regular agriculture.

Now think about a vertical farm using aeroponics, a technique that needs only a third the water of hydroponics and recycles the water so it can be used over and over.

Moreover, unlike some vertical farms, a new approach is to design the building to fully maximize sunlight to grow plants, with OLEDs (organic light-emitting diodes) as a supplement.

OLED is like a protein bar for plants whereas sunlight is like dinner with all the fixings.

With greater use of vertical farming, some of the farmlands that are currently used in agriculture could be returned to a more natural state of better soil through carbon sequestration.

This, plus reduced water needs; multiple annual harvests; recycled waste; crops protected from disease and the elements; and real 21st century jobs, are just some of the benefits that can be brought by vertical farming.

This article first appeared in The Washington Times.

The featured graphic was found here: