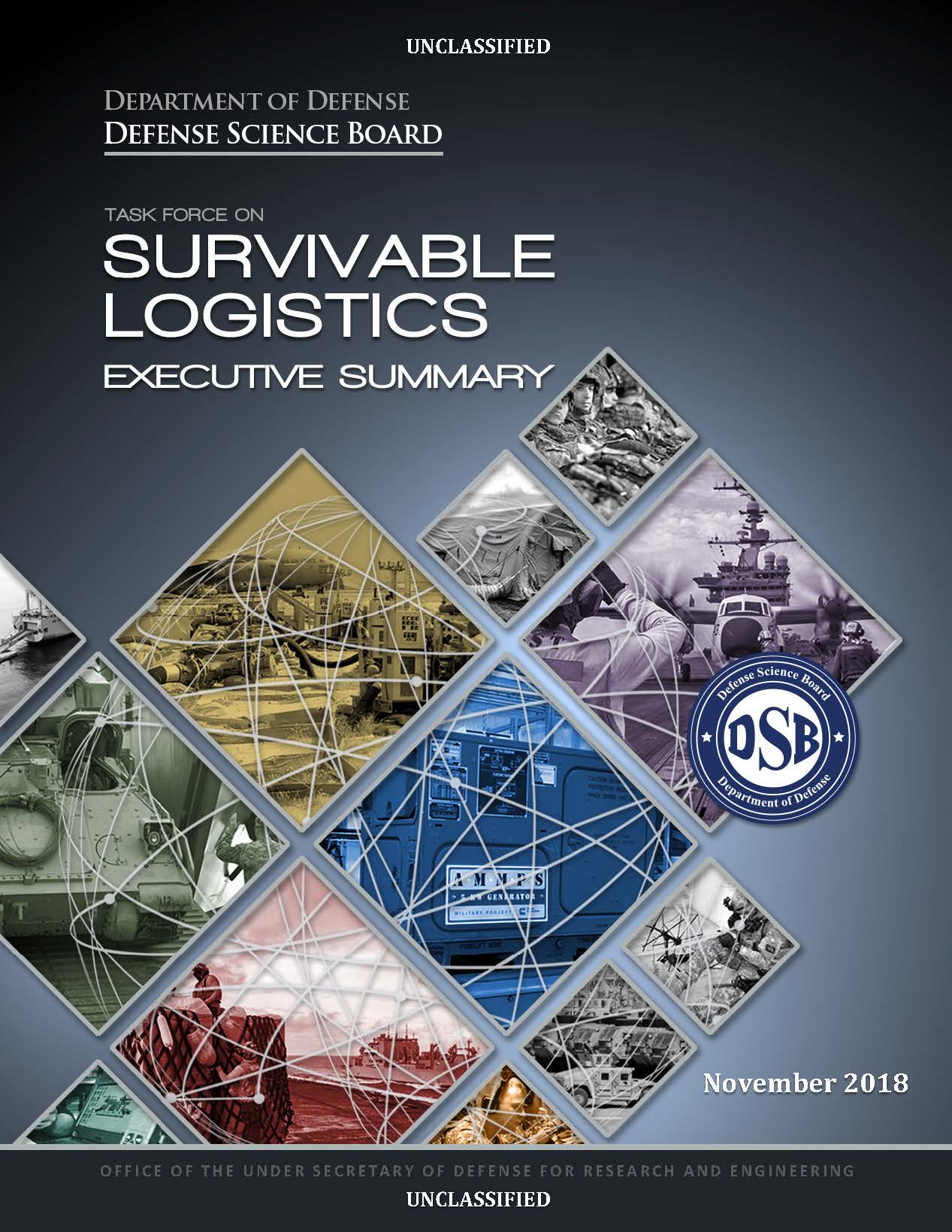 Building a 21st century military infrastructure will be key to shaping an effective deterrence in depth strategy for the liberal democracies.

We will need to leverage what new systems can deliver such as the F-35 and the CH-53K in terms of putting in place much more effective leveraging of the supply chain and in the case of the F-35 leveraging a global enterprise.

This will require significant changes in US practices, antiquated security policies, and ways to do sustained engagement, rather than moving the force to an area of interest followed by the USTRANSCOM Fed Ex fleet.

A recent report of the Defense Science Board provided a helpful look at what they called “survivable logistics.”

As Craig Fields, Chairman of the Defense Science Board, put it in his letter recommending the report:

“Without the ability to provide our soldiers, sailors, airmen, and marines with the resources needed to win on the battlefield, the development of advanced tactics and technologies will not have the opportunity to matter.”

And in overview comments on the report to the Chairman of the Defense Science Board, the co-leaders of the report made the following points regarding the findings of the working group:

The Task Force found significant shortfalls that, if left unaddressed, will put at risk U.S. ability to project power and sustain the fight against a strategic competitor. There are four main areas that require attention. First, the United States must start survivable logistics at home. This includes conducting realistic wargames and exercises that accurately reflect the threats to and capabilities of the joint logistics enterprise, as well as addressing longstanding issues with the defense industrial base.

Second, the United States must protect, modernize, and leverage the mobility triad (i.e., surface, air, prepositioning). New concepts of operations are needed to ensure that ground, air, and sea lines of communication remain open while under attack. Better prepositioning and enhanced cooperation with commercial partners will be needed.

Third, protecting and enhancing logistics information is paramount. Military and commercial networks are susceptible to espionage, manipulation, and attack by adversaries. Logistics data is neither as accessible nor used as efficiently as it should be. Technological solutions to these problems already exist, or will exist in the near future. The DoD must adopt them quickly.

Finally, the United States must exploit globally integrated logistics to support the 2018 National Defense Strategy. U.S. military units will need to be restructured to better balance Active and Reserve Component capabilities. Logistics demand must be reduced, and research, development, technology, and engineering (RDT&E) funding must be increased to meet this need. To enable resiliency and complicate an adversary’s targeting, it is imperative that logistics concepts of operations (CONOPs) be revised to align with anticipated future joint operating concepts.

Bill Gertz in a recent article published on January 9, 2019 highlighted the challenges which the report raised which require focused attention.

“The strategic American military system for moving troops, weapons, and supplies over long distances has decayed significantly and needs rapid upgrading to be ready for any future war with China or Russia, according to a report by the Pentagon’s Defense Science Board.

“A special task force on survivable logistics evaluated the military’s current airlift, sealift, and prepositioned equipment and supplies and found major problems with supporting forces during a “high-end” conflict…..

“The mobility triad, which includes sealift, airlift, and prepositioned assets, is plagued by readiness issues and shortages that must be addressed in order for the United States to defeat a strategic competitor,” the report said.

The study noted that commercial ships and vessels used for logistics have been shrinking for decades and will decrease by 50 percent from current levels by 2033.

However, both the air fleet and sealift commercial ships have not been tested in war games to determine how they would survive a large-scale conflict involving the shootdown of aircraft by missiles and fighters or transport ships sunk by submarines.

Anti-access and area denial weapons include advanced, precision-guided missiles, air defenses, fighter aircraft, submarines, and asymmetric warfare capabilities such as cyber attacks and anti-satellite missile strikes. Taken together, the weapons could prevent the U.S. military from mobilizing, communicating, and moving forces during a major conflict.

Additionally, the Pentagon’s current policy of storing weapons and equipment overseas closer to potential front lines does not meet the current demands of the Pentagon’s new national defense strategy. Prepositioning plans need to be updated, the report said.

Such stored equipment and weapons also are vulnerable to attack in the earlier stages of a conflict.

“The use of deception and ‘hiding in plain sight’ by our adversaries should be considered,” the report said. “Opportunities exist to leverage commercial networks and vessels for DoD prepositioning.”

The report urged the Air Force and Navy to develop new tactics, techniques and procedures with U.S. flag carriers for convoy operations, such as long-range maritime patrols, to protect mobility forces and secure air and sea lanes against high-tech threats.

The Joint Staff and Transportation Command also were urged in the report to develop new and innovative plans for long-range distribution of warfighting assets, such as mobile basing, airships, joint high-speed vessels, autonomous barges, and precision air drop capabilities.

Better preparations are needed for moving forces in a major conflict and the Army and Marine Corps should develop better prepositioning systems at sea and on land.

One option recommended by the task force is to put an infantry brigade combat teams aboard roll-on/roll-off ships and related equipment on other ships and on land to support the both the European Command and Indo-Pacific Command.

To save money, more roll-on/roll-off transport ships are needed, and used foreign ships that cost around $25 million should be purchased instead of building new U.S. ships that would cost up to $850 million each.

The task force emphasized the need to bolster logistics systems and supporting industrial base in the United States as a first step in preparing to wage war.

“If the homeland industrial base, electrical grid, or any other critical infrastructure is compromised, military forces will not be able to arrive in theater on time or at all,” the report said. “Therefore, it is critical that attention to survivable logistics begin at home.”

To counter cyber attacks, the task force urged developing the use of blockchain technology that allows digital information to be shared but not copied.

Ed Timperlake, a former Pentagon logistics official under President Ronald Reagan, said the task force report and its recommendations show the strategic brilliance of the Defense Science Board.

“As President Reagan’s principle director of mobilization and requirements, an office eliminated during the Clinton administration’s ‘peace dividend’ years, failure in logistics can not only limit the ability to fight a peer-to-peer war but can mean the difference between victory and defeat,” Timperlake said.

Dakota Wood, a defense analyst at the Heritage Foundation, said the report on military logistics weaknesses was not surprising.

“Logistics is the poor step child of the military,” Wood said adding that logistics systems often are short-changed in administration and congressional budgeting processes. Fighters and warships often get more budgetary attention, he noted.

For example, vital KC-135 aerial refueling tankers were built beginning in the 1950s and their replacement, the KC-46 has faced repeated development delays.

The Defense Science Board “is saying that if you want to be effective in war we do not have the material capacity to sustain that initial combat power surge and sustain that over time,” Wood said. “And it’s going to take a long time and a lot of investment to get to where we need to be.”