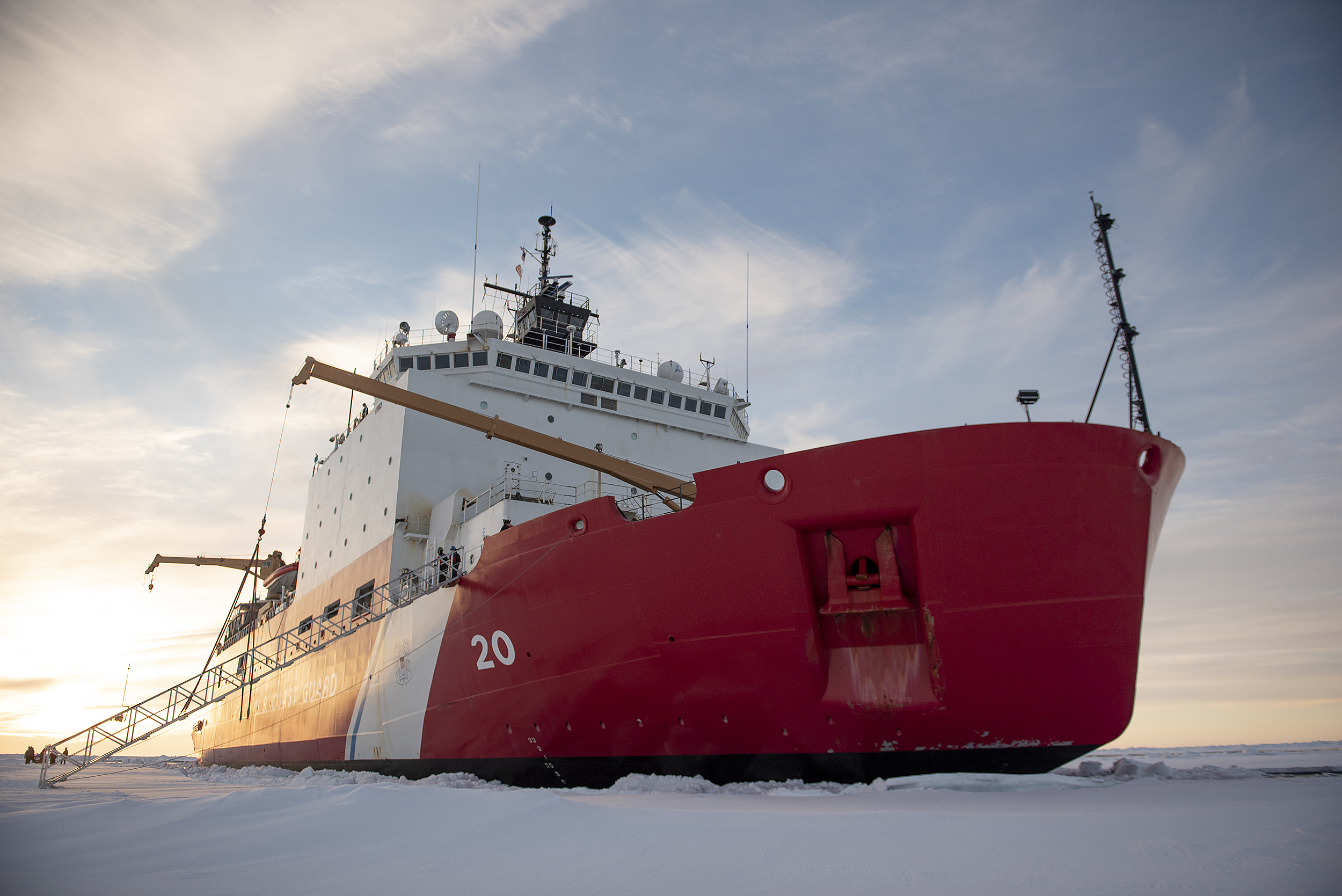 The US has been for more than a decade, a reluctant Arctic power.

We have written a number of pieces over the years on the need to deal with the strategic changes affecting peer power competition over this region.

But one wonders with a President that doubts global warming, how this really is going to be readdressed.

On the one hand, the national security strategy highlights the return to great power competition.

On the other hand, this competition is unfolding in a very different strategic context than the Cold War, and that includes the Arctic, a region clearly affected by global warming.

The commitment of resources to the USCG has been lagging for years.

Rather than a robust fleet of National Security Cutters, the USCG has seven with one more on the way.

It operates only two ice breakers, and although new build ice breakers seem on the way, they certainly are not close to operating in the Arctic.

While there is concern for Chinese “gray zone” operations, what seem to have been forgotten is that the USCG is the key player in providing capabilities to compete in this domain.

But one would find it difficult to find a surge of resources to empower the USCG to play its global role.

The United States is an Arctic Nation, and the United States Coast Guard has served as the lead federal agency for homeland security, safety, and environmental stewardship in the Arctic region for over 150 years. Since Revenue Cutters first sailed to Alaska in 1867 to establish U.S. sovereignty, the Service’s  role has expanded, including representing American interests as a leader in the international bodies governing navigation, search and rescue, vessel safety, fisheries enforcement, and pollution response across the entire Arctic. As the region continues to open and strategic competition drives more actors to

look to the Arctic for economic and geopolitical advantages, the demand for Coast Guard leadership and presence will continue to grow.

Since the release of the Coast Guard Arctic Strategy in 2013, the resurgence of nation-state competition has coincided with dramatic changes in the physical environment of the Arctic, which has elevated the region’s prominence as a strategically competitive space.

America’s two nearest-peer powers, Russia  and China, have both declared the region a national priority and made corresponding investments in capability and capacity to expand their influence in the region. Russia and China’s persistent challenges to the rules-based international order around the globe cause concern of similar infringement to the continued peaceful stability of the Arctic region.

As the only U.S. Service that combines both military and civil authorities, the Coast Guard is uniquely suited to address the inter jurisdictional challenges of today’s strategic environment by modeling acceptable behavior, building regional capacity, and strengthening organizations that foster transparency and good governance across the Arctic.

The Arctic’s role in geostrategic competition is growing, in large part because reductions in permanent sea ice have exposed coastal borders and facilitated increased human and economic activity. The warming of the Arctic has led to longer and larger windows of reduced ice conditions.

From 2006 to 2018, satellite imagery observed the 12 lowest Arctic ice extents on record.

This has led to greater  access through Arctic shipping routes.

While the near-term future of these routes is uncertain, a polar route has the potential to reduce transit times of traditional shipping routes by up to two weeks.

Russia’s establishment of a Northern Sea Route Administration, along with the use of high ice-class Liquefied Natural Gas (LNG) tankers built specifically to export natural gas from its Yamal LNG facility, have contributed significantly to the increase in commercial shipping traffic in the Arctic.

In addition, opportunities for potential resource extraction and expanding Arctic tourism offer new prospects for some of the Nation’s most isolated communities and broader benefits to America.

However, changing terrain and subsistence food patterns, as well as the impacts of increasingly frequent and intense winter storms, continue to challenge the communities and increase risk in the maritime domain.


The USCG plays a key global role of the United States but this role is rarely recognized and as long as it is put into an agency which focuses on domestic security, it is hard to see how it will be properly resourced or recognized for its key global role.

The debacle of building the littoral combat ship could have been avoided by building out national security cutters in large numbers and allocating them between the Navy and the USCG.

This is something which the Australians have figured out how to do with their new, very capable of offshore patrol vessel.

This vessel will operate both for border security missions as well as being a key part of the 21st century blue water operations.

In our book published in 2013 with regard to the rebuilding of American military power in the Pacific, we underscored how important the Arctic opening is in reshaping the global competition, one in which the Russians will reshape their maritime capabilities as well to play a greater role based on their Arctic capabilities.

The Healy was in the Arctic with a team of about 30 scientists and engineers aboard deploying sensors and autonomous submarines to study stratified ocean dynamics and how environmental factors affect the water below the ice surface for the Office of Naval Research.

The Healy, which is homeported in Seattle, is one of two ice breakers in U.S. service and is the only military ship dedicated to conducting research in the Arctic.