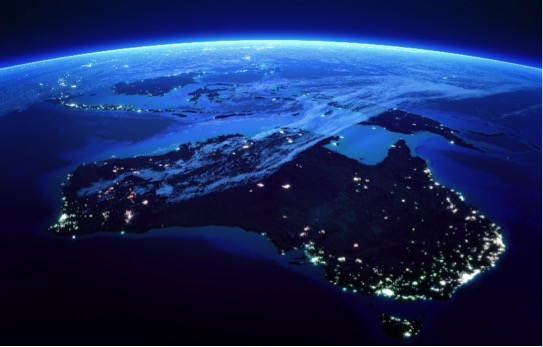 The idea of the north of Australia being central to the new concept of the defence of Australia in the 1970s derived from the key strategic fact that the only country in the region with the conventional military capabilities to threaten Australia was Indonesia.

In the 1950s and early 1960s, Indonesia had the world’s third-largest communist party and was armed by the Soviet Union with modern submarines and long-range bombers. Australia’s response was to acquire F-111 fighter-bombers and Oberon-class submarines.

However, by the 1980s, much of Indonesia’s military equipment was either out of date or suffering from a chronic lack of maintenance. Hence, the 1986 Dibb reviewand the 1987 defence white paper focused on the potential threat of low-level conflict, which could conceivably be escalated to the use by Indonesia of its deteriorating Soviet military equipment.

The 1972 defence review and the 1976 defence white paper had both emphasised the relevance of the defence of the north of Australia in such contingencies. But successive governments had done little about it, even though President Richard Nixon’s Guam doctrine in 1968 had made it clear that—short of nuclear war—America’s allies were expected to be able to defend themselves in credible conventional contingencies.

It is not generally known that the real reason why Defence Minister Kim Beazley asked me in 1985 to undertake the review of Australia’s defence capabilities was the entrenched differences of opinion between the senior military and civilian hierarchies in the defence organisation and their inability, after 12 months, to come to even a preliminary agreement on force structure priorities for the defence of Australia. The then secretary of defence, William Cole, advised Beazley that he should consider recruiting an independent expert.

The secretary and the chief of the defence force had got bogged down in exchanging 130 classified memos about the theology of defence policy on such concepts as defence warning time; low-level conflict; more substantial conflict; and whether Australia’s unique geography should basically determine its force structure, as distinct from expeditionary forces for operations at great distance from Australia. Most of the ensuing debate was not constructive: it was hostile with little agreement on even basic principles for force structure priorities.

My main policy aim was to arrive at a workable compromise between these bitterly held positions. But, at the same time, I argued strongly for the priority to be given to the defence of Australia and, in that context, to stress the relevance of Australia’s northern approaches. The focus of the review’s recommendations about the north was as follows:

The army should locate a regular infantry battalion in the Darwin area expandable to a three-battalion brigade group, as well as establish a joint force headquarters (Northern Command, or NORCOM).

The navy’s submarine base should be relocated from Sydney to Cockburn Sound near Fremantle. The review also proposed the acquisition of a light patrol frigate, which became the Anzac ships, and recommended that the navy take mining and mine countermeasures much more seriously.

The air force should complete the chain of strategically important military bare bases across the north by building an airfield on the Cape York Peninsula in addition to the bases at Tindal, Learmonth and Derby.

There were other recommendations relevant to the defence of northern Australia, with priorities to be given to army reserves, including Norforce; the protection of northern ports such as Dampier, Port Hedland, Darwin, Gove and Weipa against mining; the requirement for a significant presence of surface patrol assets in offshore focal areas such as Dampier, the Timor Sea, the Arafura Sea, the Torres Strait, Christmas Island, and the Indian Ocean approaches.

The strongest resistance came from the army, which without the leadership of the chief of the general staff, Peter Gration, would never have agreed to transfer the 2nd Cavalry Regiment from Holsworthy in Sydney to Darwin. We were fortunate when Gration became chief of the defence force and gave strong support for the 1987 defence white paper. Later, when General John Baker became CDF, he made clear his views to me about the defence of Australia by stating, ‘It was inevitable that the idea of the independent defence of Australia should be taken seriously.’

I would note here that the army has recently detached a battalion from 1 Brigade in Darwin to be relocated 2,600 kilometres to the south at Edinburgh, apparently so it can benefit from the all-weather training area at Cultana.

The navy resisted the move to shift its submarine base from Sydney to Fremantle because it allegedly would be difficult to recruit enough numbers of submariners from eastern Australia to live in such a remote location. The air force strongly resisted the review’s recommendation that ground force tactical helicopters and their crews become operationally part of the army. In retrospect, that was a mistake given the army’s subsequent operational record.

So, we now come to today’s deteriorating strategic environment for Australia.

As Richard Brabin-Smith and I argued in Australia’s management of strategic risk in the new era: ‘[F]or the first time since World War II, we face an increased prospect of threat from a major power.’

We noted that the expansion of China’s military capabilities will mean that the warning time for potential contingencies will become shorter.

China is already using coercion to challenge the presence of other countries—including Australia—in the waters of Southeast Asia. We cannot afford to have our strategic space constricted in this way. China’s military presence in the South China Sea has brought its capacity to project military power 1,200–1,400 kilometres closer to Australia’s northern approaches.

None of this is to argue that China is necessarily going to become a direct military threat.

But the simple fact is that China will increasingly have the military capability to mount high-intensity operations against us.

We must now develop our military capabilities to deny any such threat, including access to bases and facilities in our neighbourhood.

These radical changes to our strategic circumstances will require a fundamental review of our force structure and readiness and the expansion base of the Australian Defence Force. The problem is that there’s a yawning gap between the growing concerns of many defence experts in this country and the relaxed views of the general population and business community.

According to the vice chief of the defence force, David Johnston, during the Q&A following his keynote speech at ASPI’s ‘War in 2025’ conference on 13 June 2019, Defence is now undertaking a mobilisation review.

It is to be hoped that such a review will include some or all the following: a review of readiness and the expansion base to include numbers of combat pilots and submariners; proposals for greatly expanded stocks of war-shot missiles and munitions; recognition of the need to guarantee the ADF’s fuel supplies in the north of Australia; attention to the hardening of northern bases against strikes and electronic-warfare attacks; and the sustainability planning required for round-the-clock military operations against a capable modern adversary.

There is an urgent need to review Australia’s long-range air and maritime strike capabilities and the delivery of adequate numbers of platforms in a time frame relevant to Australia’s deteriorating strategic circumstances.

Unlike in the Cold War, Australia’s strategic geography as the pivot between the Pacific and Indian oceans is now assuming much more strategic relevance.

This means that we will have to revisit the disposition of our forces and their capabilities in the north and west of our continent. The most vulnerable geographic approaches to our continent are still in the north.

But, unlike at the time of the Dibb review, we will now have to prepare for high-intensity contingencies against a major power with which we don’t share national security values.

Straight-line extrapolations from the comfortable past—including the 2016 defence white paper—will not be good enough because time is no longer on our side.

Paul Dibb is emeritus professor of strategic studies at the Australian National University.

The Return of Geography in the Defense of Australia