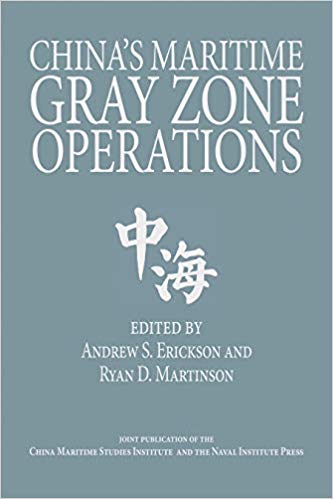 Forty years ago, Steve Jobs walked into a long concrete office building in Palo Alto, California. The building belonged to Xerox, the company that had recently invented the first ‘windows and mouse’ computer. Jobs saw the computer—the Xerox Alto—and was amazed. He thought the product was revolutionary. But why, he wondered, was Xerox not doing anything with it?

Four decades on, many of us are using Apple laptops and Xerox still makes copy paper. The problem wasn’t that Xerox had poor leadership or that it was caught napping. The problem was that Xerox wasn’t built to sell personal computers. It sold photocopiers and duplicating machines, and the PC pitted those two departments against each other. Internal politics caused strategic inertia.

The same problem has been experienced by Sony, IBM, Kodak and Blockbuster. They all knew what the future looked like, but to get there, ‘their internal silos that had been designed to work separately would have to work together’. That’s a big ask.

Australia’s national security community also knows what the future looks like. The chief of the Australian Defence Force, General Angus Campbell spoke of political, or ‘grey zone’, warfare at ASPI’s ‘War in 2025’ conference, prompting a number of pieces on The Strategistover the past two months. Yet, as Xerox discovered, knowing what the future looks like might not be enough.

The general prescription is that the government needs to better coordinate all arms of national power to compete in the grey zone, or left of boom. As Peter Hunter argued, ‘We should be figuring out how to combine the elements of national power, including defence, in smarter ways.’ In other words, our internal silos need to learn to work together.

In using the phrase ‘grey zone’, we are implicitly acknowledging that there’s a gap in our conception of national security; a zone where others can operate and we can’t. We’re not built for this competition, and so we’re suffering from the same ‘architectural’ problem as Xerox.

Yet this internal architectural problem goes beyond political warfare. A number of commentators on The Strategist have touched on other symptoms, including a lack of preparedness in the north, a lack of fuel security and a broader lack of a national security strategy.

On the security of Australia’s north, John Coyne notes: ‘If our industry and logistics base across northern Australia can’t easily be scaled up in a crisis, the ADF may not be able to defend our northern approaches.’ Is that a defence problem or an industry problem? Military or civilian? The reflex to ask these sorts of binary questions is indicative of the deeper architectural problem. Coyne himself acknowledges that the solution involves teaching our internal silos to work together: ‘[T]he entire strategy should be based on a cost-sharing arrangement within a national investment plan across both the public and private sectors.’

The fuel security issue is another symptom. Paul Barnes and Neil Greet wrote that while public and private entities have been campaigning on the issue, media attention has been ‘sporadic’. The government seems to think this is an industry problem; industry believes it’s a government problem. Government, industry and the media need to work together to solve it, but they’re designed to work separately. We’ve now arrived at an unhelpful ‘solution’ involving fuel stored in caves on the other side of the planet.

Many commentators have argued that the government’s lack of coherence on force posture and fuel security reflects a need for a national security strategy. As Jim Molan notes: ‘The analysis must go beyond purely military concerns to include social and economic factors that could affect Australia’s ability to fight a future war.’ Molan argues that only the federal government can fulfil that task. Yet those military, social and economic factors are designed to work separately. Until they are redesigned to work together, that analysis is likely to fall victim to the same politics and strategic inertia that killed the Xerox Alto.

In short, these are our major national security concerns and suggested solutions: to contest left of boom, the ADF should learn to work with other arms of national power; to protect the north, the public and private sectors need to be brought together; to improve our fuel security, the government must provide incentives to industry to stockpile locally; to create an effective national security strategy, the government must bridge military, economic and social concerns.

There’s a deeper pattern here: the silos we use to think about national security are outdated. They are the national security equivalent of photocopiers and duplicating machines. We know what the future looks like, but unless we start thinking about how we think, knowledge may not be enough.

Ewen Levick is the online editor of Australian Defence Magazine.

Ironically, this article was published on September 11, 2019 by ASPI, on an anniversary of an event which certainly drove home the point that it is dangerous of have too narrow of a focus on defense and security threats.

Editor’s Note: In our forthcoming book, The Return of Direct Defense in Europe, we focus considerable attention on the need to include infrastructure defense within the scope of direct defense against the 21st century authoritarian powers.

And our work with The Williams Foundation has highlighted that we are facing the challenge of full spectrum crisis management with regard to competing effectively with the 21st century authoritarian powers.

And certainly, the work spearheaded by Ross Babbage has argued for a significant rethink with regard to how we need to think about the broader defense and security challenges posed by the authoritarian powers.

For our review of the book highlighted in the featured graphic, please see the following: