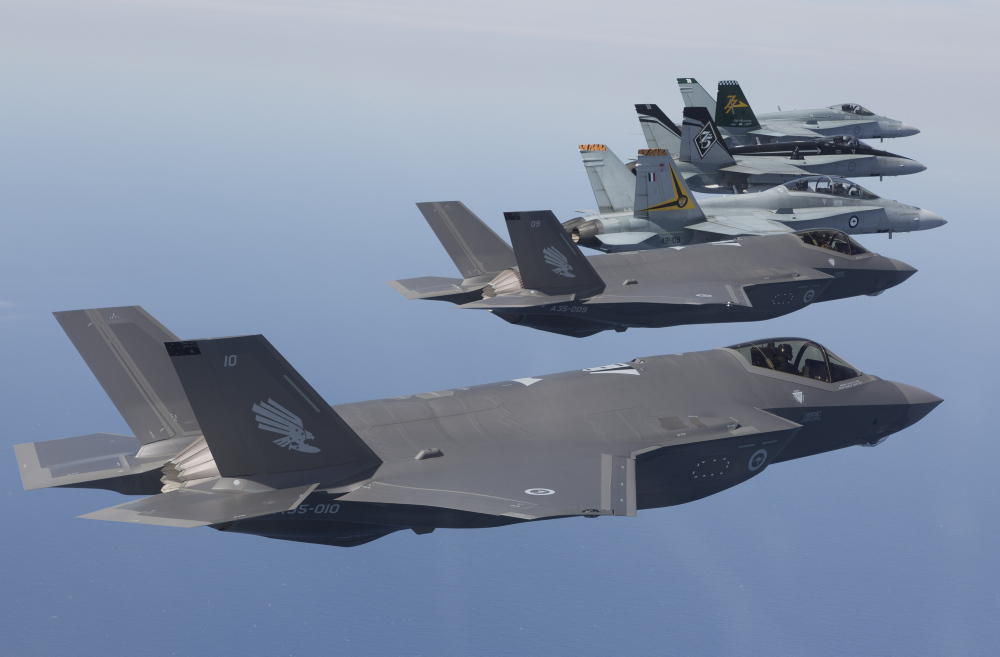 In effect, he has argued that the aperture on sustainability needs to be widened to encompass the broader society.

Recently, Roberto Guerrero, deputy assistant secretary of the U.S. Air Force for operational energy, has raised concerns about some of the same issues which Blackburn has highlighted for Australia but in Guerrero’s case with regard to the United States.

In an op ed which Guerrero published on Defense News on November 11, 2019, he proceeded from the warning from General Goldfein, Chief of the USAF: “As a service that provides global reach, global vigilance, and global power, are we thinking globally?”

This is a question that keeps me up at night. Are we prepared to defend the homeland and defeat our enemies at any location around the world? If faced against a near-peer or peer competitor, will we have the necessary infrastructure and logistical supply chain to support the lethality we need on the battlefield?

More than ever before, the United States depends on the Air Force to complete the mission. In 2018, the congressionally appointed National Defense Strategy Commission concluded that “regardless of where the next conflict occurs or which adversary it features, the Air Force will be at the forefront.”

Every year, the Air Force conducts approximately 800,000 sorties and uses over 2 billion gallons of aviation fuel, making it the largest consumer across the Department of Defense. That’s 2,200 sorties per day! The Air Force has made some relatively small investments to modernize how we plan, optimize and deliver fuel for the war fighter, but we must do more to maintain dominance in an ever-changing battlespace. Here are four reasons why.

We are strategically and tactically dependent on fuel for nearly all of our missions. From delivering cargo and humanitarian aid to transporting our troops and conducting airstrikes, we can’t get much done without fuel.

As Gen. George Patton famously proclaimed during World War II: “My men can eat their belts, but my tanks gotta have gas.” While I don’t recommend eating your belt, our tanks, ships and aircraft still need a ready supply of energy — anytime, anywhere.

Thirty percent of the causalities in Iraq and Afghanistan during the height of the war were caused by attacks on fuel and water convoys. Transporting fuel — whether by air, land or sea — is a necessary risk. But the more we use, the more of a risk it becomes. If we face external constraints like oil shortages, adversary attacks or interrupted access, our vulnerabilities become even greater.

Our adversaries are developing state-of-the-art innovations and technologies to propel fuel logistics into the future, and we need to do more to stay ahead of the game. No longer can we rely on whiteboards and markers to plan complex aerial-refueling operations. We need to provide airmen with 21st century technology that is agile, adaptive and secure — at the “speed of relevance.”

When we use our assets more efficiently in peacetime, we build a more energy-aware culture that will better prepare our airmen for tomorrow’s fight, if and when it happens. Smarter use of fuel means more funds available to invest in our airmen and weapon systems; and when we employ our assets optimally, we reduce stress on airframes and crews.

So how do we address these challenges for a secure tomorrow?

First, we must get better at understanding how, when and where we use aviation fuel to detect possible efficiency gaps and logistical challenges. To do this we need operational and maintenance data that is integrated, reliable and transparent. Data allows us to make informed decisions on critical issues like basing, fuel logistics, security, maintenance and technology acquisition.

We also need to invest in tools and hardware that optimize our fuel demand, such as new drag-reduction technologies and next-generation efficient engines. My office has identified numerous commercially developed products that would result in increased combat capability if adopted across the Air Force. We can also invest in tools that support more streamlined mission planning. For example, agile software tools that help us efficiently plan the “last mile” of fuel delivery — aerial refueling — will provide combatant commanders with greater flexibility and maximize combat air power.

Furthermore, we need to improve our understanding of energy and fuel logistics challenges as part of the modern battlespace. Through modeling and simulation, recent war games have identified a number of joint energy risks, and we now have a deeper understanding of how our energy sources, and the troops transporting them, may be jeopardized in future conflicts. However, further work must be done to increase energy supply chain resiliency and protect fuel storage and distribution networks.

We must move toward a more modern and innovative world to get the most of what we already have. We need to be able to compete against our near-peer adversaries — the advantage will not only be in technological advances in weaponry, but in the best, most efficient use of our technology.

It is time that fuel becomes a strategic imperative.