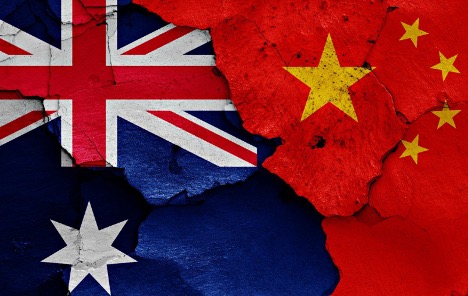 In an essay published April 14, 2020 in Quadrant, Michael Evans, the General Sir Francis Hassett Chair of Military Studies at the Australian Defence College in Canberra and a professor in the School of Humanities and Social Sciences at Deakin University, provided a provocative overview on the changing strategic environment for Australia.

He starts his essay with this argument:

Over the next decade two challenges face Australia which, in combination, seem likely to transform our strategic fortunes for the worse.

The first challenge is the need to confront the reality that the great project of Western liberal globalism conceived in the 1990s is slipping into the pages of history.

The second challenge is the return of great power competition, most particularly in the form of the rise of a revisionist China that is determined to assume global superpower status and to become the hegemon of Asia.

China’s geopolitical ambitions mean that the 2020s and beyond will be marked by a Sino-American struggle for mastery of Asia in which Australia will be directly and fatefully involved.

He concludes his essay with this projection:

America’s elder statesman, Henry Kissinger, once said that there are only two roads to strategic stability: domination and equilibrium.

As the era of unchallenged Western domination is replaced by Sino-American bipolar competition, Australia must invest in the complex process of equilibrium.

As a nation, we must reinforce the Australian-American alliance but at the same time put far greater effort into helping to shape a new ecosystem in Indo-Pacific geopolitics.

Such an endeavour will require intellectual rigour in the form of increased defence self-reliance and much greater public engagement in the country’s national security debate.

Over the next decade, the way in which Australia’s strategic choices are calibrated against circumstance and contingency will provide a test of whether the nation is philosophically capable of blending geographical and historical opposites into a new strategic tapestry.

Since most Australians can have little appetite for China’s Orwellian vision of a “Community of Common Destiny for Mankind”, the nation needs to forge a new compact on defence and security as the guarantor of freedom.

The age of global liberalism may have passed away, but this is not the same as an end to the Western ideal of liberty—for which tens of thousands of Australians have given their lives since 1914.

As Australia enters a time of turbulence when Western democracy will again be under grave threat, the words of the nineteenth-century British historian Lord Acton commend themselves: “Liberty is not a means to a higher end. It is itself the highest political end.”

As Senator Jim Molan put it about the importance of this essay:

It is gratifying to see him recognise my longstanding interest in developing a national security strategy for Australia in this superb article in Quadrant.

“In August 2019, New South Wales Liberal Senator Jim Molan, a former Australian Army major-general with command experience of American forces in Iraq, noted that in the realm of defence strategy and national security, Australia could only be described as “in many ways [being] in denial.”

As Chair of the Defence Sub-Committee of JSCFADT, Molan warned that Australia could no longer employ American alliance support as an excuse to choose “butter over guns”… “[Molan] recommended a “whole-of-nation” approach to strategy involving the development of a systematic National Security Strategy.

“Analysis,” he urged, “must go beyond purely military concerns to include social, financial and economic factors.”