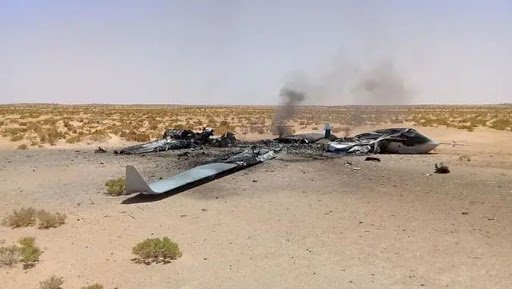 Turkey has been engaged significantly in Libya and has done so with a significant use of its domestically produce unmanned aircraft technologies.

The Turks has seen this war as an opportunity to use their UAVs in a coordinated fashion to enable air strikes against adversary forces and targets.

According to Sitki Egeli, an assistant professor at Izmir University of Economics and the former director of international affairs for Turkey’s Undersecretariat for Defense Industries:  “This is the first time weaponised drones are used to such an extent by a regular army against another state actor. Here you see a large scale use of drones as if they were manned aircraft.”

In a March 1, 2020 article by Dylan Nicholson published by Defense Connect, the use by Turkey of its unmanned air forces in Operation Spring Shield was highlighted.

The attack involved two types of drones, both domestically produced in Turkey; the Barayktar TB2 and the heavier armed, satellite linked ANKA-S, which saw its operational debut over Idlib.

The drones were used in a number of ways, including:

In a later article by Nicholson published by Defence Connect on June 4, 2020, the author discussed some of the implications of the Turkish approach to drone warfare.

“Drones were once limited to the world’s most advanced and powerful nations and their militaries synonymous with the war against terror and “precision strikes”.

“However,  with new countries now developing their own domestically produced drones and exporting these to foreign conflicts relatively underdeveloped military forces are able to create almost spontaneous air power without the expenses of maintaining an entire air force of outdated fighter jets.

“In the case of Libya, the Chinese Wing Loong drones gave the LNA the upper hand against the UN-supported government and now Turkish drones have shifted the balance the other way.

“What this also means is that Turkey has been able to find another proving ground for its domestic drone industry and yet another marketing victory in its search for new states who wish to build their own drone capability without the barriers of seeking US involvement.”