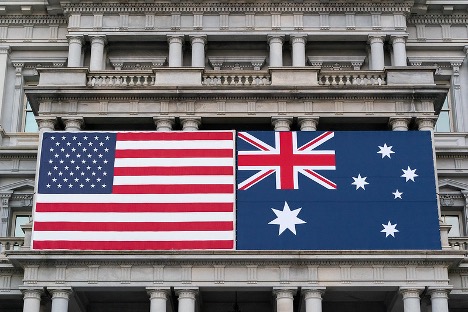 Recently, the defence and foreign ministers of Australia and the United States delivered a direct and persuasive joint statement  (about the current strategic situation).

Predictably, Covid-19 features prominently. The geographical focus on the alliance moving squarely back to the Indo-Pacific is at the forefront. The boilerplate statements on strengthening alliances and cooperation with other states, and the region being ‘rules-based’, ‘stable’, ‘prosperous’ and ‘inclusive’, are all there. The key issues of China, economic coercion, cyber threats, the Pacific islands, the women, peace and security agenda, and critical minerals were highlighted.

In the vein of always keeping your audience wanting more, we were teased with the announcement of the ‘Statement of principles on alliance defense cooperation and force posture priorities in the Indo-Pacific’. We then were denied an appreciation of the document’s potential importance by its classified status.

But what’s often just as important is what’s left out or not said. While an AUSMIN statement can’t cover everything in the bilateral relationship, it should shine a light on both immediate concerns and the medium- to long-term agendas.

What was glaringly absent was climate change—both as a potential driver for security issues in the Indo-Pacific and in its broader role as a global geopolitical challenge. Other than rare earths, trade and investment were also underdone, with the main focus being in the context of the Covid-19 crisis. These core areas are especially important as the geopolitical environment provides a new set of concerns for the US–Australia bilateral relationship.

This means that modernising while continuing to strengthen the alliance is more important than ever.

Over the decades, the alliance has proven itself to be incredibly adaptive.

Each new generation of Americans and Australians facing changing circumstances need to question their engagement and discuss how they will shape the relationship. In addressing this challenge, the Perth USAsia Centre, in partnership with the Griffith Asia Institute, La Trobe Asia and the National Security College, ran a series of workshops in 2019–20 with ‘next-generation leaders’ in the US–Australia alliance. Forty-six young professionals and graduate students participated in workshops in Brisbane, Perth, Melbourne and Canberra.

The outcome of this program is a report in which the emerging leaders chart out a series of recommendations for the alliance.

It is a window into how young Australians view the future.

The single biggest feature is their focus on investment—economic, intellectual and research—to reshape the traditional alliance. These range from a joint space innovation centre, to youth-led research and development, diversification of trade through an economic ‘step-up’ with Southeast Asia, and a joint workforce for developing clean energy and responding to climate change in the Pacific islands.

While these young people have an appreciation for the traditional security relationship, they also conceptualise the alliance in terms of new frontiers of strategic cooperation.

These broadly fall into two categories.

The first is leveraging the alliance for pursuing shared geopolitical interests in the Indo-Pacific, which was also evident in the AUSMIN statement.

The young leaders’ report highlights the new importance of the Pacific islands, including an analysis of Australia’s whole-of-government efforts in the region as the new diplomatic battleground of major-power relations between China and the US. However, as the report highlights, and the AUSMIN statement overlooks, engagement must take place on the terms of Pacific island states rather than on our terms. It is ‘time to listen up, not just step up, in the Pacific’, especially on the humanitarian and environmental aspects of security concerns.

The second is the opportunity to leverage the alliance to advance shared interests in overcoming non-traditional security threats—such as climate change and energy—as well as cooperating in the creation of new values and norms in non-traditional areas such as space.

Again, these recommendations are not in the AUSMIN statement, yet are a significant opportunity for bilateral cooperation between Australia and the US.

This means young people are taking a long-term view of the alliance and how it might be leveraged to solve complex regional and global challenges. As they navigate the road ahead, they are searching for innovative policy solutions for traditional security threats that intersect with non-traditional concerns such as global pandemics, cybersecurity and a changing climate.

Last week’s AUSMIN took place at a critical juncture, highlighting significant and unprecedented challenges that the next generation of custodians of Australia’s most important bilateral partnership face.

This is an opportunity to leverage the strength of the existing US–Australia relationship, while modernising it in ways that strengthen and build on non-security foundations so that it continues to be relevant in the decades ahead.