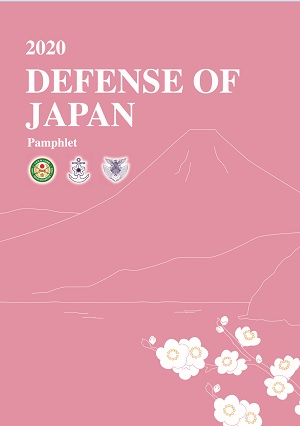 According to the document, the security environment for Japan is changing rapidly.

What is notable about the current security environment is that, first of all, while interdependency among countries is further expanding and deepening, thanks to further growth of the national power of such countries as China, changes in the balance of power are accelerating and becoming more complex. In addition, uncertainty over the existing order is increasing. Against such a backdrop, prominently emerging is inter-state competition across the political, economic and military realms, in which states seek to shape global and regional order to their advantage as well as to increase their influence.

In such competition, “hybrid warfare” is sometimes adopted, forcing affected actors to take complex measures not limited to military ones.

Also, so-called gray-zone situations, which are neither purely peacetime nor contingency situations, are becoming persistent over a long period of time, playing out as part of inter-state competition. T

hey may possibly further increase and expand. Such gray-zone situations harbor the risk of rapidly developing into graver situations without showing clear indications.

Secondly, technological progress is about to change fundamentally how security should be managed. Against the backdrop of the advance of military technology due to rapid technological innovation in information & communications and other fields, contemporary warfare increasingly features capabilities combined across all domains: not only land, sea and air but also new domains, which are space, cyberspace and electromagnetic spectrum. Aiming to improve overall military capability and acquire asymmetric military capability, states are seeking to gain superiority in technologies that undergird capabilities in new domains.

Thirdly, security challenges, which cannot be dealt with by a single country alone, are prominently emerging.

First of all, securing the stable use of new domains such as space and cyberspace has become an important challenge for the security of the international community. In recent years, countries are moving ahead with a reinforcement of their comprehensive ability to combat cyber attacks. There are also moves seen in the international community to promote the rule of law in space and cyberspace, including an establishment of certain norms of behavior.

In the maritime domain, there have been cases where a country unilaterally claims its entitlement and takes actions based on its own assertions that are incompatible with the existing international order, thereby unduly infringing upon

the freedom of navigation in high seas and of overflight. In addition, piracy acts have taken place in various parts of the world.

The proliferation of weapons of mass destruction (WMDs), such as nuclear, biological, and chemical (NBC) weapons, and of ballistic missiles that serve as the means of delivery of WMDs, and international terrorism are still viewed as significant threats to the international community.

Moreover, COVID-19 (coronavirus disease 2019), which emerged since the end of 2019, has become a challenge that should be addressed through cooperation across the international community. How to deal with the spread of COVID-19 is not only an issue of responding to an infectious disease, but it also affects states’ economic activities. As it is also generating various effects and constraints on states’ military activities, it is necessary to pay attention to the impact on the security front.

The white paper translated into English can be found here:

An overview can be read here: