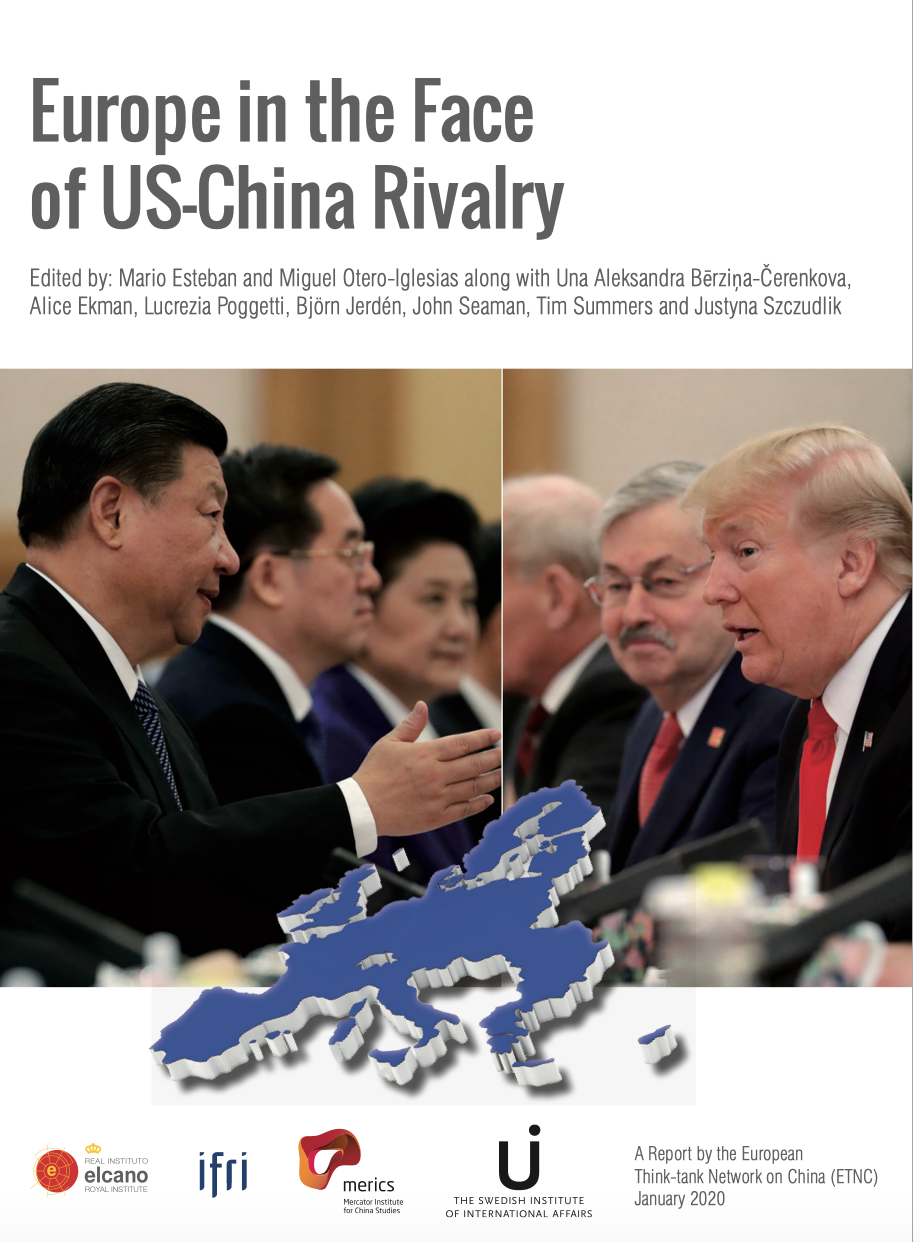 The European Think-tank Network on China (ETNC) recently published its report entitled Europe in the Face of US-China Rivalry.

“The European Think-tank Network on China (ETNC) has devoted its fifth year of meetings and research to analyse – from a national, bottom-up approach – how the EU is responding to increased US-Chinese geopolitical rivalry.

“The report contains 18 country chapters, all from EU member states, and a further one focused on the EU’s perspective on Europe’s difficult balancing act between the US, a long-term strategic and economic partner, and China, the EU’s second most important market and, probably, the next economic superpower.”

Here is the executive summary of the report:

The European Think Tank Network on China (ETNC) has devoted its fifth year of meetings and research to analyse –from a national, bottom-up approach– how the EU is responding to increased US-Chinese geopolitical rivalry.

This report contains 18 country chapters, all from EU member states, and a further one focused on the EU’s perspective on Europe’s difficult balancing act between the US, a long-term strategic and economic partner, and China, the EU’s second most important market and, probably, the next economic superpower.

The evidence presented in this report shows how US unilateralism and Chinese assertiveness have triggered a rethinking of the EU’s strategic landscape. Despite the differences between EU member states, its key finding is that all the countries analysed are in a similar position. They all consider the US their most important ally and they all depend on its military protection, but they also want to do as much business with China as possible.

These contradictory trends are even more apparent considering that Washington is increasing its security presence in countries like Hungary, Greece and Poland, whereas the economic growth dynamic appears to be in China’s favour. Hence, far from being persuaded about a possible decoupling, the European economies are trying to maintain and even enhance their economic engagement with China, but this is now done with more awareness of the strategic dimensions involved and with new defensive tools, such as the European investment screening mechanism.

In several chapters China is seen as a key partner in tackling global challenges and global governance issues such as climate change, the reform of the WTO and the Iran nuclear deal. However, many other texts reveal the same complaints that are voiced in Washington DC, namely a certain suspicion and mistrust of the Belt and Road Initiative (BRI), unease about the lack of market access and fair competition and concerns about the theft of intellectual property, cyber- espionage, the acquisition of European strategic technology and infrastructure, the human rights track record in Tibet and in Xinjiang, and the concentration of power in the hands of Xi Jinping.

However, while many European policymakers share the complaints that are voiced by Washington about China’s state capitalist model, the nature of its political system and its strategic ambitions, on a range of issues the Trump Administration, too, is seen as undermining some European interests and values: the drop-out from the Paris climate agreement, the way the US seeks to push for WTO reforms, the undermining of the UN, the approach to the nuclear deal with Iran (JCPOA) and the nuclear arms control treaty (INF) and Trump’s protectionism and his criticism of NATO and the EU are cases in point.

The EU sees trouble in both its major partners, and in their rivalry, but it also needs them both for its prosperity. By performing this balancing act, the common European objective is to avoid a bipolar system in which EU member states are forced to pick sides on all relevant policy issues. This is reflected in the reluctance of many member states to issue a blanket ban on Chinese companies’ access to their 5G markets.

This report also highlights the different strategies employed by the various EU countries to implement this balancing act. States like Portugal, Greece and Italy, due to their history and geographical location, are keen to present themselves as a bridge between the US and China.

Some, like Hungary, are trying to play the two powers against each in other to extract possible concessions. Furthermore, Hungary is also playing with both powers to hedge against Franco- German dominance in Brussels. The previous Italian government –comprising the 5 Star Movement and Salvini’s League– was following a similar approach.

Others, like Latvia, Romania and Slovakia, prefer to avoid trouble by maintaining a low profile, in wait-and-see mode.

Finally, there is a group led by France, Germany and Spain that is working with Brussels to enhance the EU’s strategic autonomy and economic sovereignty, including the capacity to develop critical core technologies autonomously, independent from China while managing or hedging dependencies from the US.

So far, Europe’s strategy has been to keep building up the liberal system mainly on a bilateral basis with like-minded countries, by signing free trade agreements with Canada, Japan and Mercosur, but also to toughen-up in order to be able to compete with geopolitical heavyweights such as the US, Russia and China in the digital era.

Strategic autonomy is not clearly defined yet, but even if the degree of motivation and ambition on the issue is very different across the EU, the concept is gaining traction among member states to navigate an international order less based on rules and more on muscle.

The report can be read in e-book format below:

Dealing With Today’s Chinese Challenge In the Indo-Pacific Region : Australia Under Pressure (I of III)

Australia Under Pressure (II of III)

Australia Under pressure (III of III)