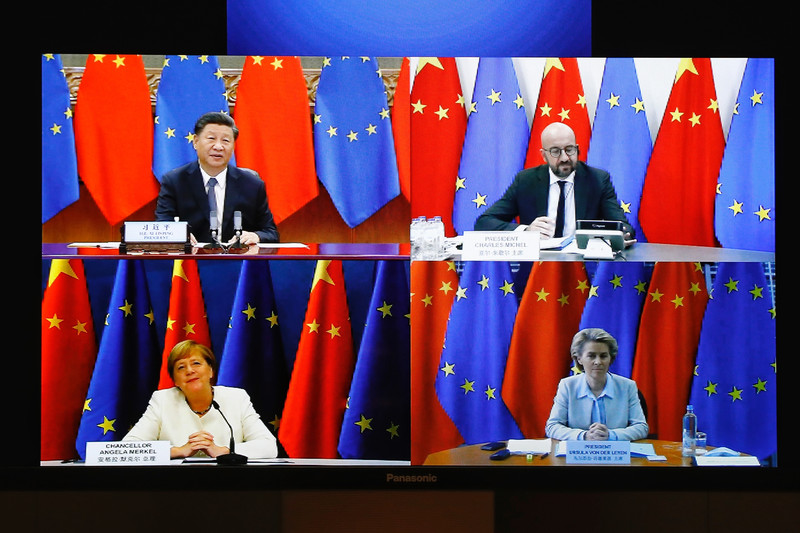 Lithuania has banned a Chinese tech firm on security grounds, while Estonia warned the EU on the dangers of both Chinese and Russian espionage.

The Lithuanian government was also drafting a bill to bar other companies that posed a security risk from contracts in the transportation, energy, and telecommunications sectors in future.

Nuctech was deemed a “threat to national security” by Lithuania’s intelligence services and cyber-defence forces.

The decision to ban Nuctech is a step towards our strategic goal – freedom from unreliable technology suppliers and elimination of possible security risks before the damage is done,” he said.

The move is likely to sharpen EU debate on ties with China.

The article by Andrew Rettman published on February 18, 2021 highlighted the perspective from the Baltic states about the authoritarian challenge posed for Europe’s direct defense.

And the Baltic concern is similar to that expressed by the Australians with regard to the ill-timed recent agreement signed by the European Union leadership with China.

Giving President Xi a life rope when building out a 21st century surveillance state into which European businessmen enter to have their “private” meetings in China is reminiscent of scenes from 1938 when businessman from Europe and the United States visited Germany to do business with the Third Reich.

And this report hammers home the point about how Russia and China are working together to undercut the viability of Europe.

The report should be read in its entirety and can be read either in PDF or in the e-book version we have provided at the end of the article.

But one sample of the analysis contained in the report is a section entitled: “Sinicising Chinese Technology.”

Following Xi Jinping’s strategic guidelines, China is devoting all its resources to technological development to become a world leader in the field and make other countries dependent on Chinese technology . China faces sanctions and obstacles, which is giving rise to the sinicisation of its technology increasing reliance on domestic producers . If Chinese technology becomes entirely domestic, the technology and software’s working principles will be even more opaque than before .

For example, in the field of technology, this actually means looking for opportunities to access world-class technology . China wants to buy up talent from all over the world, get them to come to China, or invest in them, to gain access to the knowledge that China is lacking.

The purpose is not to engage in mutually beneficial cooperation but to develop China’s capabilities to a level no longer dependent on foreign suppliers. China has set itself the goal of becoming fully independent in technology.

Cyber espionage has also been one of China’s traditional means of getting hold of foreign high technology. To justify its actions, China is ostensibly working to break the Western monopoly and considers it acceptable to use any means necessary to achieve this.

Various legally sound schemes are being purposefully used to gain access to projects all over the world.

For example, joint ventures with local companies are being set up in foreign countries with the obvious aim of obscuring China’s involvement.

Chinese technology may initially use GPS and the BeiDou system in parallel.

Still, the ultimate goal is to make it exclusively reliant on BeiDou, claiming that the BeiDou system has much more accurate positioning capabilities than GPS. Integrating Estonia into China’s autonomous technology ecosystem makes Estonia vulnerable and dependent on China.

The country’s leadership has a clear objective of making the world dependent on Chinese technology.

Chinese media and analysts have made no secret of the long-term goal of employing the Chinese BeiDou satellite navigation system in all Chinese technology and exporting the system to countries that have joined the Belt and Road Initiative.

In other words, China is establishing an autonomous global ecosystem where in the era of the Internet of Things, artificial intelligence, cloud services and ultra-high-speed networks (5G today, 6G in the future), integrated Chinese technologies will play a key role.

The CCP and Chinese private enterprises are often linked either directly or indirectly.

For example, Huawei emphasises that the company is owned by its employees, led by Huawei’s trade union committee.

However, all Chinese trade unions belong to the All-China Federation of Trade Unions, the chairman of which is also the CCP’s party secretary.

The current party secretary is also a vice-chairperson of the National People’s Congress, China’s parliament.

The trade unions follow the same vertical chain of command as the provinces they are actually headed by the party secretary and not by the provincial governor, whose responsibilities are administrative.

The featured photo is credited to the Council of the European Union and highlights the recent investment treaty by the EU and China.

In his article, Rettman refers to the Baltic countries as “the pro-US Baltic countries are emerging as an EU spear-tip in the confrontation.” But rather than being pro-US, the Baltics are pro-defense when dealing with the authoritarian powers, as are the Nordic states.

If being pro-defense means you are pro-U.S. then one could describe European countries who treat defense and security as a distant second to economic relations as pro-German. In either case, this overlooks the core point, that there are multiple defense approaches in Europe, not a single one, whether managed either by the EU or NATO.

This argument is at the core of our new book on European defense.