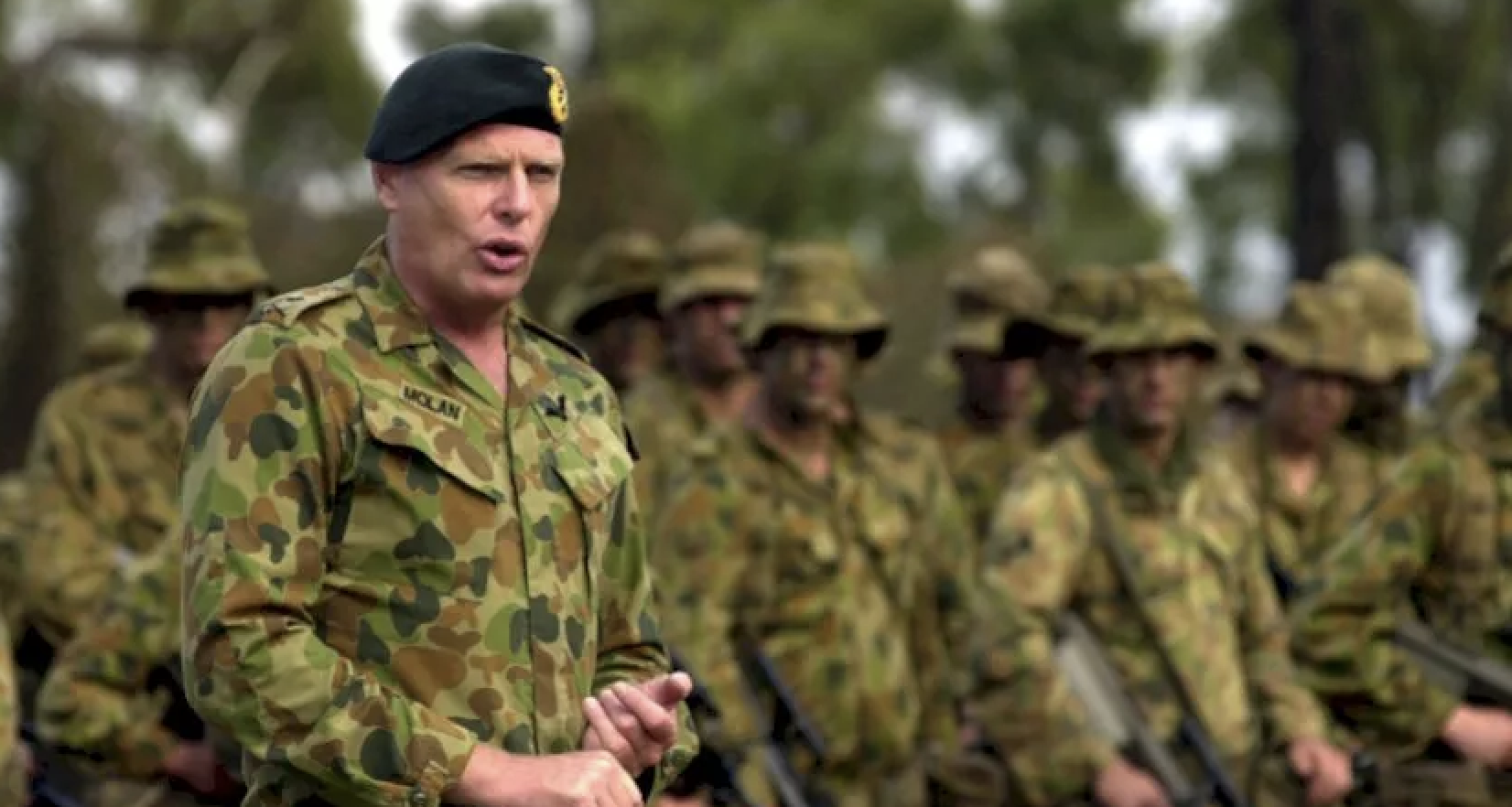 I am immensely proud that the Morrison government has done more for defence and security than any other government since the end of the Vietnam War, much of that is due to the PM himself.

The last years of the Howard government were meaningful for defence but Labor blew that away before it could be consolidated. The basis of our national security is our economy and the stability of our society, with success evident in jobs and health, and the budget was effective there.

The government and Australians have been remarkably successful in beating COVID and bringing the economy back, and nothing should have a higher priority.

The recent budget kept up the delivery of what this government has promised across many challenges in addition to health and jobs. We have now built defence spending to over 2 per cent of GDP, with 2 per cent being a floor, not a target. Rhetorically, we seem to be recognising that we face the most uncertain strategic environment since 1945. As well, ASIO and other security agencies have been funded to historic levels, a block of legislation has been passed over the last six years which has brought us well into the 21st century, and we have started the road back in liquid fuel and in manufacturing.

Many of our recent achievements are based on the 2020 Strategic Update announced in July 2020, with the PM giving the best Australian speech on defence and security at the strategic level I have ever heard when he launched that strategy and committed $270 billion to defence over 10 years.

Despite how well this government is doing, the question that still needs to be addressed is: Are we doing the right things in national security, and are we doing enough?

As a soldier for 40 years, I lamented the lack of resources generally allocated to defence, but I knew that it is government business to take risks. We take risks on any number of social issues, on tax, on energy, on politics. The people expect this of us. On most issues, the consequences of getting the risk wrong, of failure, is less than it is in national security. But even in national security, all governments take risk.

The risk that we took leading into World War II was based on our blind faith in the Singapore Strategy. We understood that the naval base at Singapore would be fortified and the Royal Navy would send forces to our region in the case of war with Japan. Everyone knew from the 1920s that Japan was likely to be our enemy, but we arrogantly underestimated them. Australia, like most allies, was woefully unprepared for war in 1939. Even more damaging, based on our belief in the Singapore Strategy, we felt that we could send the best of our Army to north Africa, our Navy to the Mediterranean, and our Air Force to Europe.

But if there was any risk calculation conducted in the 1920s and ’30s, it must have been based on wilful ignorance. It had been made clear to Australia at Imperial Conferences that if the Germans were active in the North Sea, then at best limited naval forces would be sent to Singapore. We knew it, but it was not something which led government to plan for a high degree of Australian self-reliance and resilience. We grasped at a strategy we knew to be faulty because to think we might have to look after ourselves was beyond our comprehension. We must never make that same mistake again.

Who paid the appalling price of this wilful ignorance?

Our inadequately equipped and trained service men and women sent north in desperation to be killed, injured and imprisoned. And of course, the nation thought that we would be invaded and subjugated as the Japanese forces approached Australia. It was not brilliant strategy and planning that removed what was considered an existential threat to Australia. It was the heroism of our defenders and the courage and luck involved in the battles of the Coral Sea and Midway. Heroism and luck. How moral is it for politicians to overly rely on these for national security? As Winston Churchill rightly pointed out, at the pinnacle, politics and strategy are one and the same.

Rhetorically we seem to be recognising that China is the biggest threat to our security since World War II.

I argue that regional conflict is not just possible, it is becoming more likely. It is not inevitable, but given the magnitude of the possible conflict tasks we face, much of our security will be up to us. Of course we should be in alliances, but alliances are only as strong as each alliance member. The U.S. has a severe problem in facing China and its Indo Pacific warfighting commanders have been telling congress they cannot guarantee to deter China and are vulnerable in a number of ways, but the current commander predicts war within six years. The Quad is nascent. Japan is powerful, as is India, both in different ways.

But the Quad is not an Indo-Pacific NATO and has a long way to go to become a warfighting alliance capable of deterring China.

We must assume we are responsible for our own defence whilst embracing allies.

What the Morrison government has done for national security is, by comparison with post-war efforts in Australia, spectacular. But the allocation of funds, the running of programs and even the possession of military capabilities is never an end in itself. What is of the utmost importance, is what those forces can do, not what they have.

Is this likely to be sufficient to remake a defence force designed for post-World War II tasks, capable of deterring or, if that fails, winning the kind of war we may now face?

The result by my judgement is that the ADF will gain very little in lethality, nothing in mass, and only a little in sustainability even after that investment, and that investment is a long way into the future.

The question still remains: How much is enough?

That depends totally on the judgements a government makes about what kind of war we face, and the probability of it occurring.

Given what we expect to be spent on defence over the next 10 years, how it is to be spent, and the defence force it will create, I can only draw a few conclusions.

We must expect a war against a peer adversary to last only for a few days, because we will have run out of missiles by then. We obviously expect no material or personnel losses because we have little if anything for attrition. We must expect to operate with reliable lines of sustainment from overseas, with fully functional air and sea transport, because our domestic industry is limited. We must assume an enemy will only attack in one place at one time because we only have a very small force.

We don’t seem to expect such a war to be imminent because our procurement plan goes for decades into the future.

And finally, we must expect this war to involve only the ADF, and not to impact the rest of the nation, because although we might be preparing the ADF with $270 billion over 10 years, we are not preparing the nation for that same war. Despite what good ministers are doing, the nation itself lacks self-reliance and resilience appropriate for a war.

Governments are certainly paid to take risks, but is it responsible to make decisions on our sovereignty without a comprehensive examination of all the issues, most importantly the threat, not just for the ADF but for the nation as a whole?

The main point I often make is that we cannot say that what we are doing is right for national security without some detail about the nature of the threat we face.

Reference to the “drums of war” and vague reference to a “China threat” do not tell us anything useful about how many ships or tanks or planes we should have, or more importantly, how we should fight, but also, how prepared the nation should be.

And it is the people’s money and the people’s security, and they must be brought with us. There is no security risk in speaking openly about these issues as our likely adversaries will already know more about Australia’s national security than 99.99 per cent of Australians.

In particular, they will know if we are bluffing.

In the absence of other guidance, I have laid down what I think are the kind of conflicts or wars that I think Australia should prepare for, and which should drive our comprehensive risk analysis based on scenario planning and testing.

The application of many informed minds could improve my humble version.

These types of wars scenarios, or something like them created by the Office of National Intelligence, should be our planning and testing scenarios for the ADF and the nation. From such scenarios, the tasks for Australian governments fall neatly out of these scenarios, and actions and acquisitions can be justified.

I list my version of the tasks as follows:

These tasks are terrifyingly massive, which is probably why they are not being addressed, but they are the logical outcome of our current strategic environment and the Strategic Update from 2020, and preparation takes time.

It is my fervent wish that these situations never arise, but the least Australia can do now to deter their occurrence is to start prudent preparation so that we can make mature judgements about the risk we take if we decide not to take further action.

If deterrence fails, we must be able to fight and win. The first step is to assess and decide.

The alternative is far worse.

This article was published with the permission of the author.

It was first published by the Australian publication Defence Connect on June 7, 2021.

The featured photo is from Major General (Retired) Molan’s time in the Australian Army.

For our recently published book on the evolution of Australian defence strategy, which includes interviews conducted over the past few years with Senator Molan, see the following: