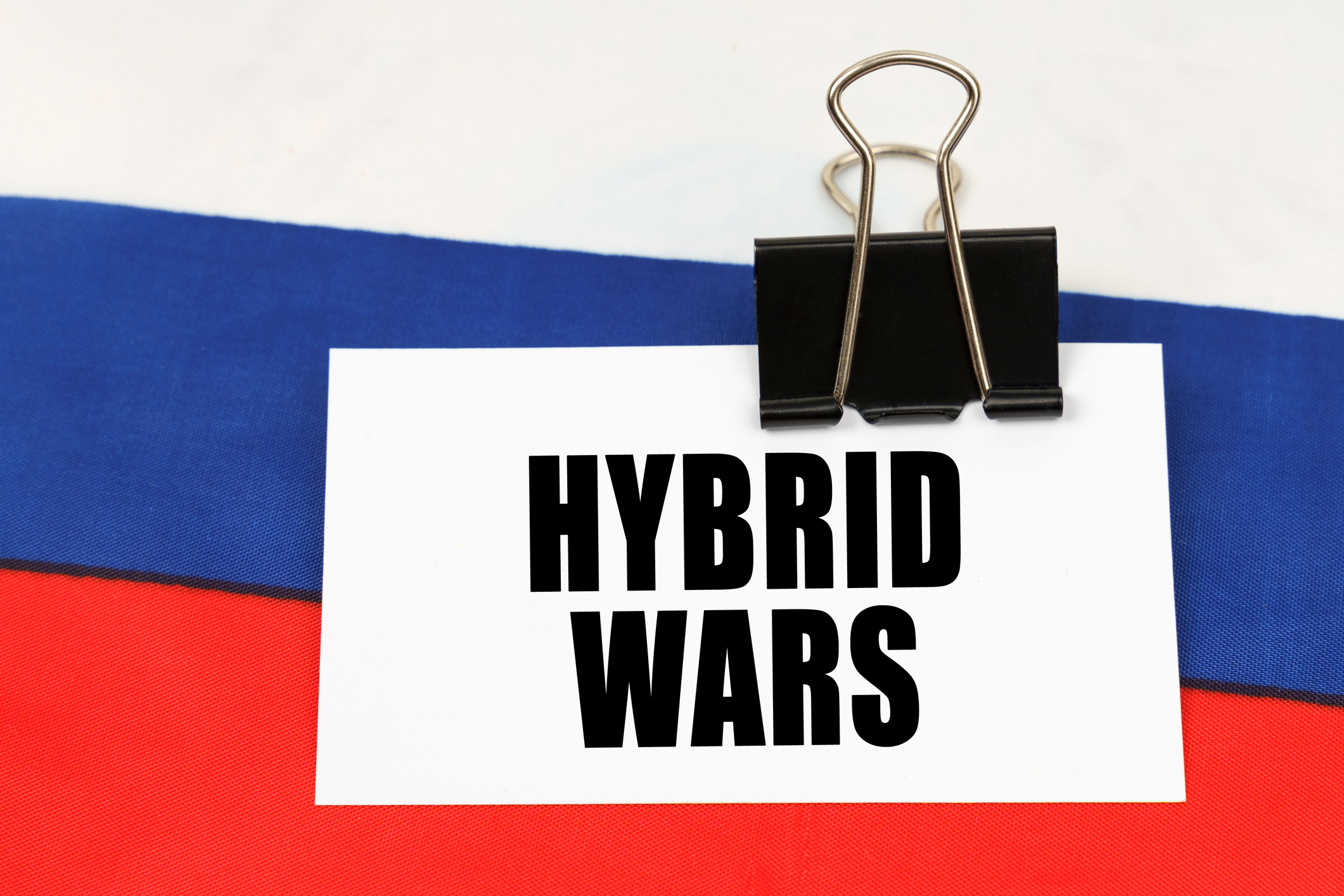 Western analysts have coined phrases like hybrid war and gray zones as a way to describe peer conflict below the level of general armed conflict.

But such language creates a cottage industry of think tank analysts, rather than accurately portraying the international security environment.

Peer conflict notably between the liberal democracies and the 21st century authoritarian powers is conflict over global dominance and management. It is not about managing the global commons; it is about whose rules dominate and apply.

Rather than being hybrid or gray, these conflicts, like most grand strategy since Napoleon, are much more about “non war” than they are about war. They shape the rules of the game to give one side usable advantage. They exploit the risk of moving to a higher intensity of confrontation.

Russia is doing this right now in Ukraine. China, likewise, is doing it in the South China Sea and in the Sea of Japan. It’s critical to understand this point, and terms like gray zone operations and hybrid war don’t capture the challenge of escalation control.

There are two games being played. One game is over the immediate contentions of the major powers. Ukraine and Taiwan must be protected from attack.

But the second game is just as important, it asks what limits should be crossed to manipulate the risk of going to a higher intensity of competition?

In the Cold War these limits defined the “system dynamics” of the competition. Shaping them was important, because they were the foundation for winning a war that might erupt, or toward stabilizing a competition in a way that gave advantage to one side or the other.

Seen this way Korea, Vietnam, Berlin, etc. were about winning those local wars. But they were more importantly about shaping the global competition between the United States and the Soviet Union.

Quite elaborate rules were worked out for this. It took substantial time during the evolution of the Cold War (to make sure that it was indeed was a cold war from a global conflagration point of view) for this learning curve to develop. Limited wars, like Korea, produced know how about escalation control and dominance.

The problem today is that we are only at the earliest parts of this learning curve for our age. We’re in a long term competition with authoritarian powers, but it’s like it was 1949 in terms of our know how for managing this rivalry to our advantage. The problem isn’t simply to defend Ukraine and Taiwan; it’s to do it in such a way that doesn’t lead to crazy escalations or that doesn’t scare the daylights at of our allies.

Taiwan and Ukraine are not sideshows to global conflict; they are the early test cases of competition in a second nuclear age.

Recently, I discussed the question of how best to describe the terminology to describe peer conflict with my colleague Dr. Paul Bracken the author of The Second Nuclear Age.

According to Bracken, it is preferable to use the term “limited war” to describe the nature of conflict between the authoritarian powers and the liberal democracies. “A term was invented in the Cold War which is also quite useful to analyze the contemporary situation, namely, limited war. This term referred to conflict at lower levels and sub-crisis maneuvering. And that is what is going or today in cyber and outer space, to use two examples. But it also applied to higher levels of conflict like limited nuclear war.”

“The notion of limited war focuses escalation as a strategy. What is the difference between limited and controlled war?

“That’s a really important question with enormous implications for command and control. Today, for example, limits are determined in a decision making process whereby the Pentagon goes to the White House and says we’d like to do this operation. The White says yes or no.

“Left out of this is any discussion of building a command and control system for controlled war. This means keeping war controlled even if things go wrong — as they always do. Without an emphasis on controlled war, and not just limited war, I would estimate that the United States will be highly risk averse, that is, the fear of an escalation spiral will drive the United States toward inaction.

“Look at the Ukraine. The first U.S. reaction to the Russian buildup was to immediately take military options off the table. The White House refocused its strategy on financial sanctions instead. It looked as if the United States was desperately searching for ways not to use force. Soft power, gray zone operations, the weaponization of finance — these are clearly important and I think we should use them.

“Our language shapes our strategy. An image of  war that blows up, that’s unlimited, or that you’ve declined to fight because of your fear that it would become so is where we are. In academic studies and think tanks the focus is overwhelmingly on “1914” spirals, accidental war, entanglement, and inadvertent escalation.

“These are never specified in discussions that I see of hybrid or gray zone warfare. To use a very sensitive example. In a Taiwan scenario, will the United States Navy and Air Force be allowed to strike targets in China? I see a real danger that this isn’t being thought through. If we think it through only in a crisis we’re likely to find a lot of surprises in how the White House and Joint Chiefs of Staff see things differently.

These expressions  – hybrid war and gray zone conflict – are treated as if they self evident in term of their meaning. Yet they are part of a larger chain of activities and events.

We use the term peer competitor but that is a bit confusing as well as these authoritarian regimes do not have the same ethical constraints or objectives as do liberal democratic regimes. This core cultural, political and ideological conflict who might well escalate a conflict beyond the terms of what we might wish to fight actually.

And that really is the point – escalate and the liberal democracies withdraw and redefine to their disadvantage what the authoritarian powers wish to do.

Bracken noted: “That’s a good distinction too, because it brings in the fact that for 20 years we’ve been fighting an enemy in the Middle East who really can’t strike back at the United States or Europe other than with low-level terrorist actions. That will not be the case with Russia, China, and others.

“The challenge is to define limited war, and I would add, controlled war. Is it geographic or Is it the intensity of the operations? How big of a war is it before people start unlocking the nuclear weapons?

“Every war game I’ve played has seen China declare that its “no first use” policy is terminated. The China player does this to deter the United States from making precision strikes and cyber attacks on China. This seriously needs consideration before we get into a real crisis.

“Russia and China’ are trying to come in with a level of intensity in escalation which is low enough so that it doesn’t trigger a big Pearl Harbor response. And that could go on for a long time and is a very interesting future to explore.”

Limited war requires learning about escalation control i.e. about controlled war, which when one uses that term, rather than hybrid war or gray zone conflict, connects limited war to the wider set of questions relating political objectives of the authoritarian powers.

Bracken concluded: “I believe using those terms adds to the intellectual chaos in Washington. It prevents us from having a clear policy discussion of what the alternatives for escalation control and management are in any particular crisis. This is a lot more dangerous than mishandling the Afghan exit, or the COVID pandemic.”