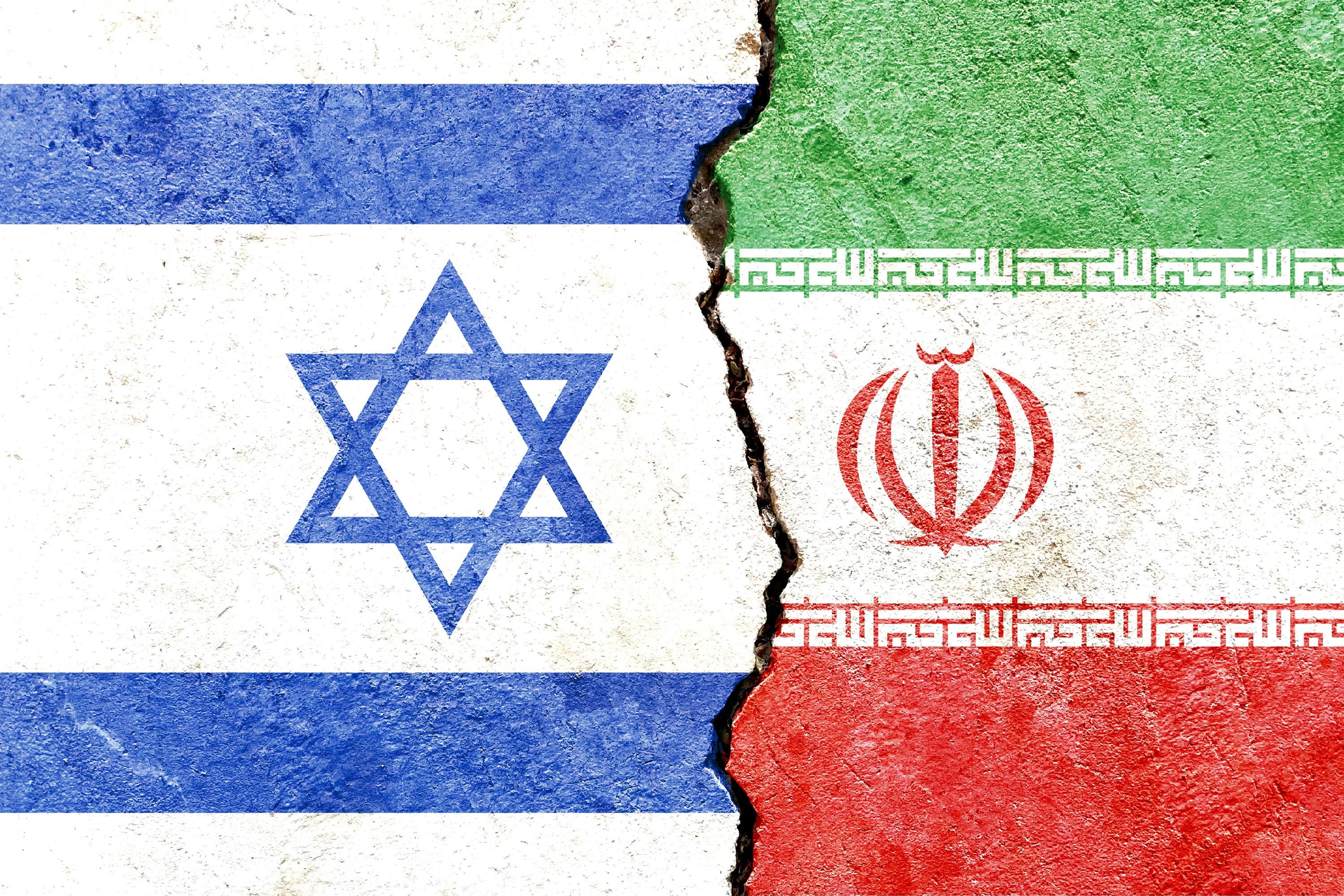 On 14 July 2022, U.S. president Joe Biden and Israeli prime minister Yair Lipid, signed the Joint Declaration on the US-Israel Strategic Partnership. The U.S. pledged “never to allow Iran to acquire a nuclear weapon, and that it is prepared to use all elements of its national power to ensure that outcome.”

Has Israel enlisted the U.S. in an open-ended commitment that may require the use of force – maybe the second time in two decades in the Middle East – over allegations of weapons of mass destruction (WMD) in the hands of bad actors?

Despite saying “Diplomacy is the best way,” Biden’s signature on the declaration is what counts with Israel’s leaders who declared, “if they [Iran] continue to develop their nuclear program the free world will use force” (Prime Minister Lipid) and, “Iran will not have nuclear weapons – not in the coming years, not ever” (David Barnea, head of Mossad).

If the U.S. is along for the ride, hopefully Washington will give some thought to things like: Who decides to attack Iran? On the basis of whose information? How will the information be disclosed for public debate? and, most importantly, What’s in it for America? (Remember the “foreign policy for the middle class?”)

The White House called U.S. commitments to Israel’s security “unshakeable,” “bipartisan and sacrosanct,” and “moral commitments,” but they are non-recourse commitments and Washington should give careful thought to the effect on the region and the world if Israel Jerusalem decides to attack Iran.

Will Iran become a nuclear power? You bet.

Even Ehud Barak, former Israeli prime minister, thinks so “and it’s too late to stop it by surgical attack.” But Barak is also banking on imminent regime collapse and that the Iranian people will then be more amenable to cooperating with Israel and the U.S. by surrendering its nuclear capability.

Hopefully, he has also considered that even a government not-unfriendly to the West will want to bargain for something, like the elimination of all sanctions, before it delivers the goods, as the memory of what happened to Libya’s Muammar Gaddafi will be fresh in its mind.

Israel feels it is racing the clock as Iran draws closer to nuclear status, though one senior Iranian official claims Iran “has the technical ability to build a nuclear bomb” but Tehran has “not made a decision to build an atomic bomb.”

According to the U.S. Congressional Research Service, “Tehran has the capacity to produce nuclear weapons at some point, but has halted its nuclear weapons program and has not mastered all of the necessary technologies for building such weapons.”

Israel is also racing the rapprochement between Iran and Saudi Arabia and the United Arab Emirates (UAE) which, if successful, will lower tensions in the region, and increase the consequences for the Jewish state if it kicks off another war in the region with untold damage to the world economy.

The economic impact of the Russia-Ukraine war has been minimal for the U.S. as it has few economic links with Russia and Ukraine as compared to many European, African, and Middle Eastern countries.

That may not be the case with a war in the Gulf that shuts down shipments of oil, natural gas, and petrochemicals, literally overnight, due to damages to economic infrastructure or vessel insurance increases (if insurance can be had) making most voyages uneconomical. The Persian Gulf, via the Strait of Hormuz, is the source of “about 21% of global petroleum liquids consumption.” Any country that starts an unprovoked war that causes widespread damage to the world economy will have a lot to answer for, and even Israel’s Shabbos goyim in the U.S. will have a hard time defending that to their fellow Americans.

Saudi Arabia and the UAE may be drawing closer to Israel, but their ruling families won’t ignore their citizens’ outrage if Israel makes an unprovoked attack on Iran. Former U.S. Secretary of State Colin Powell may have set the bar for Israel when he made America’s “slam dunk” brief for attacking Iraq to the United Nations Security Council on 6 February 2003. Is Israel prepared to make its case to the world before it disrupts the world?

If Israel attacks Iran, even if it is unsuccessful, the rest of the world, and especially the poor, will be hurt by skyrocketing energy prices and disrupted trade, transport, and migration links.

In the Russia-Ukraine war, many countries, mostly in the Global South decided to sit this one out, despite Washington’s effort to enlist them on the side of the West. That may  be repeated, especially if many countries suspect the hand of Washington behind the actions of its acolyte, an honorary member of the West – you know, those guys who are always talking about the “rules-based order.”

In fact, local consequences should be a matter of concern to Washington. Iran will assume the U.S. authored and approved an attack so it will retaliate by striking U.S. forces in the region, based in the UAE, Iraq, Saudi Arabia, Bahrain, Kuwait, Qatar, and Oman, while Israel rests a comfortable 1,000 miles from the Persian Gulf.

The host nations may then reevaluate the benefit of the presence of U.S. forces and invite them to leave, diluting the U.S. presence and influence, all to the benefit of Iran and its friends Russia and China. In addition, terror groups Hezbollah and Hamas, both backed by Iran, will increase attacks on Israel knowing they will benefit from popular support against the aggressor.

Attacking Israeli forces will have to violate the airspace of numerous countries, notably Iraq and Saudi Arabia, and will have to do on a sustained basis as many sorties may be required to ensure Iran’s nuclear program is finished. Governments in Baghdad and Riyadh will have to immediately address citizen outrage over violations of their sovereignty and we may see the nightmare spectacle of Riyadh’s U.S.-supplied combat aircraft closing on Israel’s U.S.-supplied combat aircraft. If the U.S. government tries to order the Saudis to stand down, the White House may learn that a fist-bump only gets you so far and should prepare for a world where oil is no longer priced in U.S. Dollars.

If Iran is attacked, for apparently no reason, how will it benefit?

To start, it would have good cause to abandon the Non-Proliferation Treaty while highlighting that Israel was never in the pact, and build nuclear weapons with impunity, after a hasty revision of the Supreme Leader’s unpublished fatwa prohibiting nuclear weapons.

It will reap the benefit of local popular sympathy that will push Middle East leaders, and Israel’s new Abraham Accord buddies, to draw closer to Tehran and revive economic and cultural  links that are dormant due to U.S. sanctions, daring Washington to do something about it.

The U.S. public, unenthused after blowing $4 trillion in Iraq and Afghanistan, probably won’t want to join the fight considering that the U.S. has sold and gifted Israel every weapon it ever asked for.

Does Iran’s leadership want the Jewish state to be vanquished? Sure, it does, but it won’t rely on nuclear weapons for that.

The leaders in Tehran are more interested in survival and longevity than trying to eliminate the Jewish state with WMD, so they will rely on the slow squeeze by Hezbollah, Hamas, and their own forces in Lebanon and Syria. Iran will keep the conflict sub-nuclear to deny Israel justification for attacking, while it becomes a threshold nuclear state able to quickly assemble a bomb if needed.

It will continue its missile development program for this reason. In fact, announcing a successful weapon test, and a subsequent stand-down of the program (with the re-introduction of International Atomic Energy Agency inspectors), may earn the Islamic Republic some credit for transparency and thereby box in Jerusalem.

Israel claims it has a “right to self-defense” to keep Iran from owning nuclear weapons, but this isn’t a matter of bombing some Hezbollah outpost no one cares about.

An evidence-free Israeli attack on Iran will roil the world’s economy and ensure the long-term isolation of the Jewish state, and not just by its Arab neighbors.

Unless Jerusalem can make a case against Iran,  the best case for everyone else is a continuation of the low-level campaign of assassinations, subversion, and sabotage being carried out by both sides. Starting a war because someone might, someday, be able to build The Bomb is, as America learned in Iraq, painful and costly.

“Beware of small states,” the Russian anarchist Mikhail Bakunin warned in 1870, and his advice is as good today as it was then.