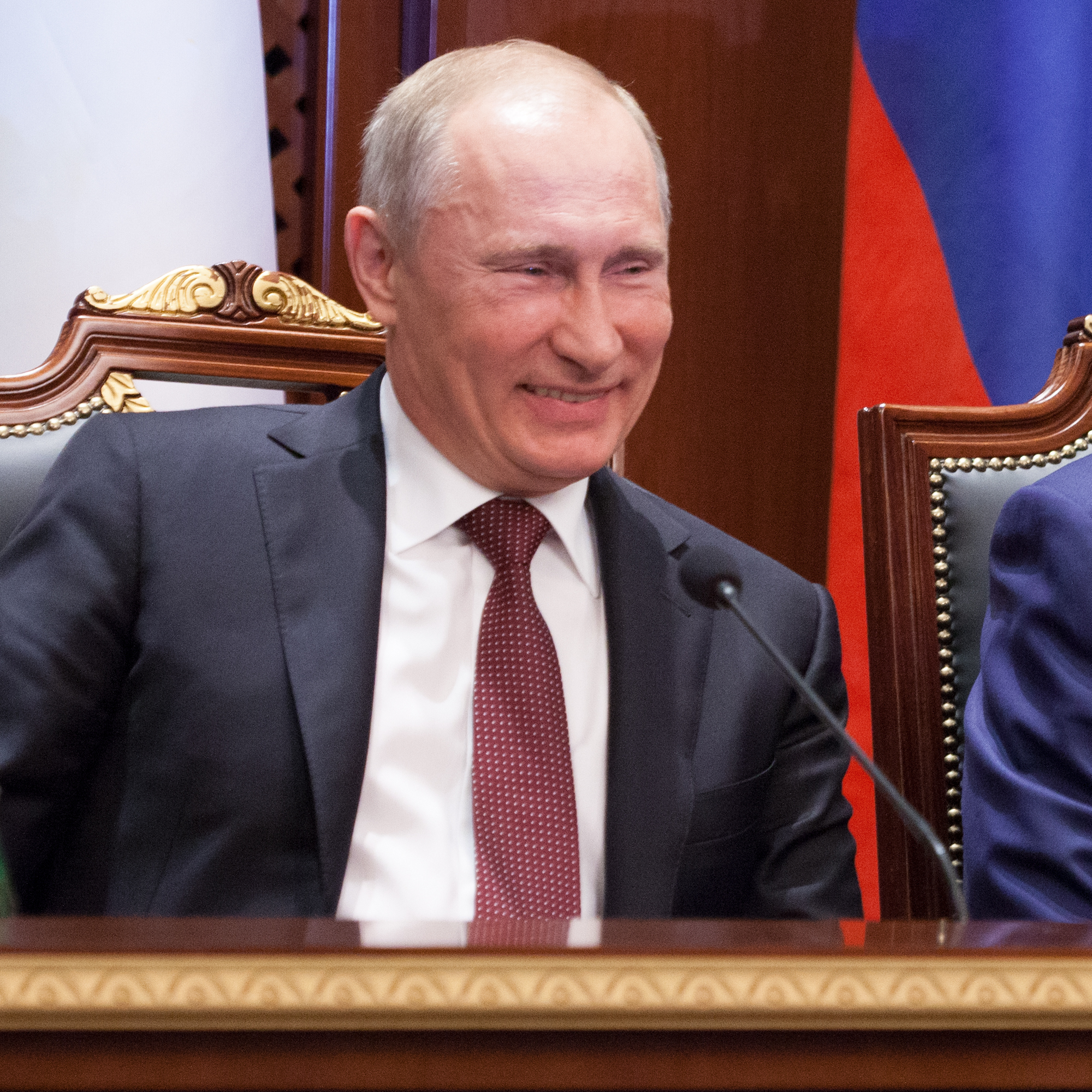 The American president Joe Biden recently warned Russian president Vladimir Putin to not “change the face of war” by using weapons of mass destruction in Ukraine. Biden’s remarks were possibly in response to Putin’s warning against Ukrainian “terrorist” attacks against civilian targets in Russia and, based on Putin’s address to the nation Wednesday, the president doesn’t  appear to be deterring Moscow.

Biden said, “Don’t. Don’t. Don’t. You will change the face of war unlike anything since World War II,” which is exactly why a U.S. opponent would use, say, nuclear weapons, if it felt it had no choice.

Biden also said of Russia, “They’ll become more of a pariah in the world than they ever have been,” but that pariah thing worked out pretty well  Saudi crown prince Mohammed bin Salman once Biden remembered the Kingdom has a lot of oil.

But Russia has already changed the face of war. After their invasion of Crimea, analysts focused on what they called the Russian approach to hybrid war, namely using a wide variety of new means to achieve an old objective – to use coercion for territorial gain.

Russian defense minister Sergey Shoigu recently said there was “no need” to use nuclear weapons in Ukraine. That’s good to hear, but what if Putin decides otherwise?

Russia’s nuclear weapons policy is to use them “only in response to an attack” per Russian Deputy Foreign Minister Sergey Ryabkov; in self-defense, in other words. But, how do you define “attack” in a situation when every side thinks it’s playing defense?

Russia is fighting the U.S. and the rest of NATO in Ukraine in a war it cannot afford to lose and it may eventually decide  to terminate the conflict and force NATO into a cease fire and negotiations.

And of course, looking at the cease-fire option also highlights how the Russian reactions and Ukrainian responses have already altered significantly the European order. If not a cease fire, total victory for Ukraine and the West? Such a course, which is widely highlighted by Western governments and the press, leaves aside the question of whether this would be a Pyrrhic victory in the face of a Russian response, and the use of WMD in its various forms.

Russia may elect to “change the face of war” once again. Lat time it was hybrid war; this time he can employ a wide variety of means, which – so far – it has  eschewed – significant missile strikes on populated areas; chemical weapons on logistics and  supply lines; or low-yield nuclear weapons against strategic targets in Ukraine, i.e., airfields, non-nuclear power plants, and communication lines used to deliver NATO military supplies.

The U.S., having used nuclear weapons twice and on locations 7,000 from its capital city, doesn’t have standing to critique leaders fighting in the confined spaces of Europe. That won’t stop Washington from accusing Putin or “terrorism,” but then terrorism is what you call the other guy’s weapon of choice.

Geography may work to the benefit of the U.S.  if a Russian counterattack to NATO can be confined to Europe. The grim Cold War joke “Any nuclear weapon used in Germany is a tactical nuclear weapon” may be true today.

If Russia counterattacks NATO, the U.S. can explicitly signal an end to the conflict in order to contain the damage. The U.S. is committed to defend its NATO allies, but Article 5 isn’t a suicide pact and the American president’s first obligation is to Americans not Europeans.

Changing the face of war may also change the face of politics on the Continent and in the U.S.: A weakened Europe will be more reliant on America, though the European peace and disarmament movement will be energized if many Europeans blame the U.S. for the disaster, a conclusion Russia and China will encourage. After a settlement, Germany and Russia may establish a condominium, putting Germany into a pre-eminent position in Europe that NATO and the European Union were created to limit.

In the U.S., it may call into question the trillions of dollars the U.S. has spent on military hardware and, more importantly the U.S. national security strategy, which is all stick and no carrot. Taxpayers might start asking why they are paying over $13 billion dollars for an aircraft carrier (delivered 5 years late) and a defense establishment that decisively lost in Afghanistan and may soon cost $1 trillion dollars a year if it still can’t even stop Russia.

Washington, DC may be physically untouched but will have to reconcile how the insouciant expansion of NATO, which it was warned about, contributed to the disaster. Iran and North Korea will note how Russia stopped NATO and imposed negotiations on the U.S.  But will the U.S. take advantage of the opportunity to finally reconsider its foreign policy?

Putin is reshaping his options and what comes next could well reshape the way ahead for warfare and politics for the remainder of the 21st century. WMD come in many forms, and if Putin opens the aperture what will be  the U.S. response, despite White House threats of “catastrophic consequences,” and how certain is Western solidarity?

Editor’s Note: When discussing Putin and the potential use of nuclear weapons in Europe, there are many considerations, and simply telling him not too is probably not the most determinate deterrent. There are three aspects not discussed which play into his calculations beyond the broader discussion of nuclear exchanges.

The first is the legacy of Chernobyl itself. It should be forgotten how significant the impact of handling Chernobyl was upon Russians perceptions of the credibility of their own government. And the impact on Belarus was devastating. AS they are a key ally, the population will not have forgotten the lessons of Chernobyl.

The second is that any response is not simply up to Joe Biden and his staff. Any strike on European territory within the NATO region has at least one very credible player who would not accept this. President Macron has in his hands a very capable and lethal tactical nuclear force, one which exercises often and was exectued in terms of it conventional capability in participating within the United States when President Trump ordered a strike on Syrian chemical facilities.

The third is that the challenge facing the Russian conventional forces poses a challenge for effective use of a small-yield nuclear weapon. Nuclear weapons are munitions designed from a warfighting point of view to take out key targets in a military sense. A problem which the operation of the Ukrainian forces has been that they have operated in a disaggregated, distributed and sometimes chaotic manner. This makes targeting with advanced missiles or nuclear weapons not as desirable as the targeter would wish.

A challenge facing the Ukrainian forces though is that consolidating control over recaptured regions will almost certainly require more concentrated force operations, and then open the quesiton of what strike options the Russians might then have.