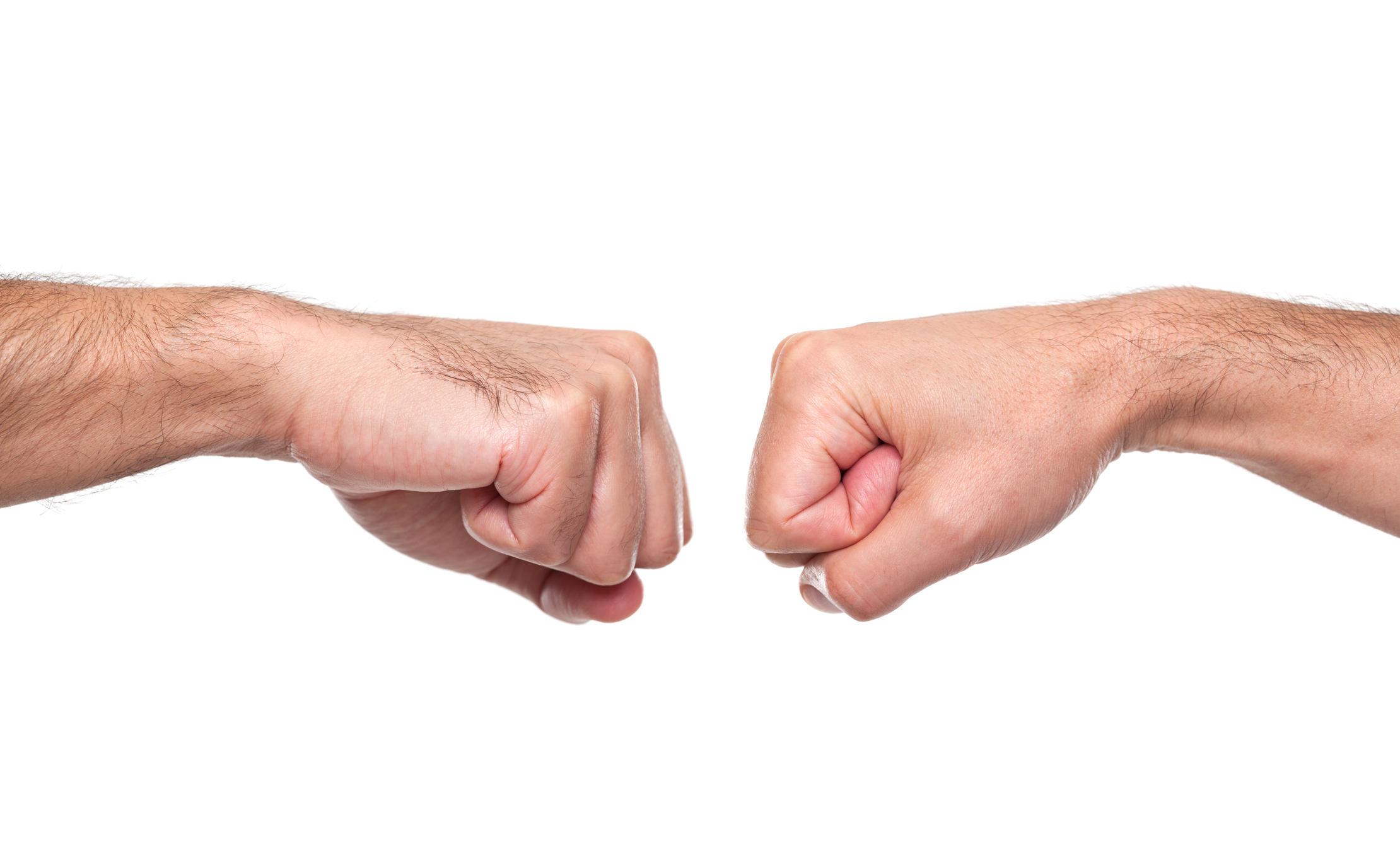 “Nobody f*cks with a Biden,” said the U.S. president, so the Organization of the Petroleum Exporting Countries (OPEC+) promptly replied, “Hold my beer,” and approved production cuts of 2 million barrels per day.

According to National Security Advisor Jake Sullivan, “the President is disappointed by the shortsighted decision by OPEC+ to cut production quotas” and “the Biden Administration will also consult with Congress on additional tools and authorities to reduce OPEC+’s control over energy prices,” neglecting to mention President Joe Biden’s  decisions to cancel the Keystone XL pipeline and to stop issuing new oil and gas leases on public lands on his first say in the White House.

A fist bump only gets you so far.

There followed a lot of “how dare they!” but OPEC+ was having none of it.

The day before the announcement, the Saudi energy minister dressed down a Reuters reporter because  his colleague claimed the  Russian Federation and the Kingdom of Saudi Arabia  conspired to price oil at $100 per barrel, and later explained OPEC+ was being proactive as the West is attacking inflation with higher interest rates which may cause a recession and drive down oil demand (and price).

Amin Nasser, Saudi Aramco’s CEO, explained that the leading cause of today’s energy crisis is years of underinvestment in oil and gas production and that the situation will be worse when the global economy rebounds from the current slowdown.

The OPEC+ decision was based on market fundamentals but was also  fallout from Biden calling the Saudi crown prince, Mohammed bin Salman (MbS), a “pariah” for the killing of activist and Muslim Brotherhood sympathizer Jamal Khashoggi.

It sounded great on the campaign trail but there will be no avoiding MbS for several decades.  OPEC+ was said to have “sided with the Russians” – perfect fodder for cable TV – but it was just looking after its own interest.

Days later, three Democrat congressmen introduced a bill to remove US troops and air defense systems from the United Arab Emirates (UAE) and the Kingdom, and two other Democrat legislators want US air defense systems in the Kingdom transferred to Ukraine. And on 18 October, the US Senate placed the No Oil Producing and Exporting Cartels Act (NOPEC) on the legislative calendar.

The bill will amend the Sherman Antitrust Act “to make oil-producing and exporting cartels illegal” and open OPEC+ to prosecution. It probably won’t be debated until after the 8 November mid-term elections, but the Senate debate will be considered at the next OPEC ministerial meeting in December.

Of course, NOPEC could also send oil prices higher and end the dominance of the petrodollar, especially if Saudi Arabia prices oil sales to China, its biggest customer, in Yuan, and de-pegs oil from the dollar.

In addition to cancelling Keystone XL and new oil and gas leases, the Biden administration raised the “social cost of carbon” to  make it harder for the federal government to approve new oil and natural gas projects. That influences  lending decisions of private investors, such as Goldman Sachs, which  previously announced it would stop lending for new oil drilling in the Arctic.

The goal for Biden’s environmentalist allies is to make the hydrocarbon sector “unbankable.”

But the kingdom isn’t going to cooperate in its destruction, so this week the crown prince launched the National Industrial Strategy, to promote industry and attract investment for economic diversification and the growth of non-oil exports as part of the kingdom’s Vision 2030 plan.

The industrial strategy is the business plan behind the oil production cut, not politics with Joe Biden. The goal is to maximize oil revenue at least thru 2030 to diversify the economy to produce enough non-oil revenue so Vision 2030 can be achieved.

Biden is facing headwinds going into the November elections and hopes his NIMBY approach to fossil fuels will keep his Green allies onside while wooing voters with cheap gasoline.

Biden wants OPEC+ to pay for his cake-and-eat-it-too policy with foregone income, while he tilts to Iran by pursuing a new nuclear deal, causing the Kingdom and other U.S. friends to seek a more reliable partner.

Then-President Donald Trump rejected the Iran nuclear deal and kicked off the “maximum pressure” campaign which gave the UAE and the Kingdom confidence in Washington and paved the way for the Abraham Accords between Arab and Muslim countries and Israel. However, the rulers are running ahead of public attitudes on engagement with Israel which gives MbS and his peers room to moderate relations with Israel as needed.

Riyadh responded to U.S. calls for oil market assistance in 1979, 2014, and 2018, at considerable financial cost, and all it got in return was the Justice Against Sponsors of Terror Act, and NOPEC.

In other words, “unequal treatment,” per Dr. Turki Faisal Al-Rasheed.

Though the Saudis are proud that the kingdom’s move to reassert itself in the oil market in 1985 helped collapse the Soviet Union’s oil income and hastened the end of the godless communist state, complementing Washington’s Cold War goals, they also have to consider the recent two decades of bad judgment by the U.S. political class that started a war with Iraq under false pretenses, and promised, but did not deliver, the transformation of Afghanistan.

In a part of the world that allows no margin for error, the best response is to secure your long-term interests and not be seen as the eager helpmate of the Americans.

Lately, the Biden administration has been making eyes at  Venezuela (an OPEC+ member, narcotics trafficker, and ally of Iran) all to avoid allowing some guys in Texas to drill and frack.

So, if the U.S. ends the relationship, who’s next?

Saudi Arabia is China’s top oil supplier, so it is smart for Beijing to secure its relationship with Riyadh.  The US has long talked of a “pivot to Asia,” but  OPEC+ is already there, and  China has pivoted to the Persian Gulf and secured long-term agreements with Iran, Saudi Arabia, and the UAE.

It may not take much – more threats by Washington, the arrival of a few Chinese air defense batteries, a round of port calls to OPEC+ countries by People’s Liberation Army Navy vessels, and some oil contracts priced in Yuan – and the Americans will be a reduced presence.

The Saudi and Emirati leaders are moving “beyond petroleum” as the BP commercial used to say, but the money to do it has to come from somewhere, and “somewhere” is the national oil companies, i.e., OPEC+. Every dollar publicly gifted to an unfriendly Washington is one less dollar for investment in the country’s future.

In the kingdom, 37-year-old MbS is popular with young people who have high expectations, and are proud of their heritage, but want to live in a “normal country.” The Saudi king and crown prince are attentive to public opinion and will rally the public if the US “attacks” the kingdom for trying to sell its natural wealth at the best price.

Biden may find U.S. options are limited. He promised to prevent increased U.S. oil and gas production, and a tit-for-tat fight with OPEC+ or Saudi Arabia will distract him from Job 1, the economy. And the US. defense contractors will fight any measure to cut sales to their best customers in the Middle East..

U.S. officials can more productively spend their time figuring out the potential costs and consequences of NOPEC, why America no longer has reliable allies in OPEC+, and how it will constructively react to the alignment of leading energy suppliers with China. It will be time better spent than wishing NOPEC will cure ills of Washington’s own making.

James Durso (@james_durso) is a regular commentator on foreign policy and national security matters. Mr. Durso served in the US Navy for 20 years and has worked in Kuwait, Saudi Arabia, and Iraq.