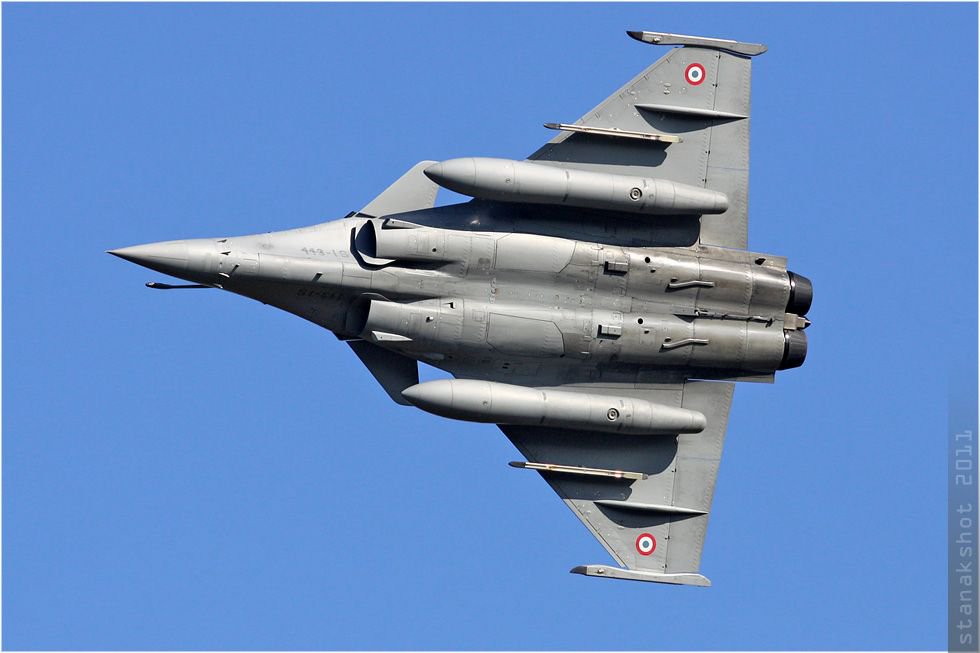 Whenever a high visibility military mission occurs – such as the April 13 combined strikes against Syrian chemical capabilities – observers in democratic countries tend to focus on the glass half full and try to dig out every single matter that might have gone wrong.

France is no exception and in the aftermath of the French air force and navy’s participation to Opération Hamilton, along with its American and British allies, two kinds of criticism could be heard.

The first – and most immediate – was political, as the three allies intervened without the blessing of a United Nations mandate.

The second – which occurred after a few leaks in the media – has been technical.

One Rafale fighter came back with one of its missiles, while one of the multi-mission frigates was unable to launch three brand new generation cruise missiles (the so-called MdCN, for Missiles de Croisière Naval) and had to pass the mission on to another frigate.

In both cases there are (classified) reasons and lessons learned behind the issues, which – no doubt – the French armed forces, along with missile-maker MBDA, are analyzing right now, not the least of which was the fact that the naval cruise missiles were being used for the very first time. But what really matters here are what the military refers to as the effects of the strike.

For France that has been a success for the same reasons it has been for the United States and the United Kingdom. Both the French Minister of the Armed Forces, Florence Parly, and the Chief of the Defense Staff, Gen. Francois Lecointre, stressed in their joint press conference following the strike that the objectives set by President Macron had been met with success.

Politically these objectives were twofold:

Avoid the 2013 debacle when France under President Hollande was the only one left to be willing to retaliate against Syria’s use of chemical weapons (after President Obama decided against American participation at the last minute), and therefore took. no action.

In actual fact, President Macron, in a manner similar to his American counterpart, went out of his way very early in his mandate to restate that no red line would be crossed under his watch.

The rationale is both rooted in respect for international law – the interdiction of chemical weapons. Period. And the gutsy fear of some Verdun remake by Daesh – since Islamist terrorists would love to get their hands on that type of evil stockpile.

At the same time, no one wishes to start World War III and much had to be done to avoid Russian retaliation, which could be triggered not only by a direct confrontation with Russian fighters and air defense systems, but also by Moscow’s public commitment to protect Bashar al Assad.

Now if you think that these political goals are antagonistic and incompatible, try to translate that into a coherent military action! Almost impossible, right?

That meant preventing escalation, having zero collateral damage and deconflicting while still deterring. That meant selecting worthwhile targets in terms of the main goal — affecting Syrian potential for future chemical strikes. (The last US Tomahawk strike in 2017, however useful politically, did not, unfortunately, suffice).

France was in charge of hitting two facilities assembling and stockpiling chemical weapons near Homs. They were hit simultaneously by a combination of airborne and sea-based missiles: a total of 12 out of the 105 fired by the three countries, which, when added to the British salvo of eight Stormshadows, constitutes the usual percentage of the French and British contributions to coalition operations (roughly 20 percent).

Being able to strike every 10 minutes from different platforms using different types of missiles meant working in perfect synchronicity on a trilateral basis and among the three countries’ different services, something that cannot be improvised.

Political meetings beforehand and constant contacts and coordination between the three countries’ ministers of defense and military chiefs were crucial to prepare a pretty risky mission both politically and technically, but what counted to achieve that kind of success have been the decades of mil-to-mil relationship and training among the three allies.

Building the trust necessary so that a French mission commander based in the Mediterranean could direct part of the strikes in an autonomous manner did not just happen overnight. This is the result of years and years of flying and sailing together and operating together whether in Afghanistan or over Libya or in Niger. It is also the result of the joint planning done in 2013, albeit in a very, very different threat environment.

Deconflicting of course led to the evacuation of any living soul from these targets, but still, military planning had to ensure no civilian deaths by operating at night and of course, given the nature of the targets, in perfect aerological conditions. It also of course had to prepare the right response to a potential Anti-Access/Area Denial strategy on the ground, since the fog of war is always much clearer after the war…

Achieving all this synchronicity, C2 integration, redundancy, target selection and precision strike require in other words a very high level of technicity, which tends to stem in France from the fact it has been a nuclear power for more than five decades. In fact the whole French armed forces model is built around deterrence.

France’s quick reaction force is defined upon the rigor, reactivity 24/7, safety and ability to penetrate a theater first, far away and in depth.

French Air Force Base 113 in Saint-Dizier is one of the historic fighter base and nuclear base and it is from there that long-range raids can be performed, such as the 10-hour flight that was performed from the mainland to Syria this month over a distance of 7,000 kilometers (which required a total of five refuelings).

The high level of technical expertise and rigor demonstrated in the mission led to its success. Moscow chose not to activate its military assets and just observe the strikes.

However the Kremlin does not lack options and has already retaliated indirectly against France the same way it did in 2015 after Crimea, by cutting off NATO’s access to the giant Russian Antonov 124 transport plane through the SALIS (Strategic Airlift International Solution) contract.

It’s a 12-year-old joint venture of Ukrainian Antonov Airlines and Russian Volga-Dnepr. The SALIS contract has been crucial for France, allowing it to move helicopters, tanks and other heavy gear to conduct military operations in theaters such as the current Barkhane operation in Africa…

This article was first published by our partner Breaking Defense on May 2, 2018.