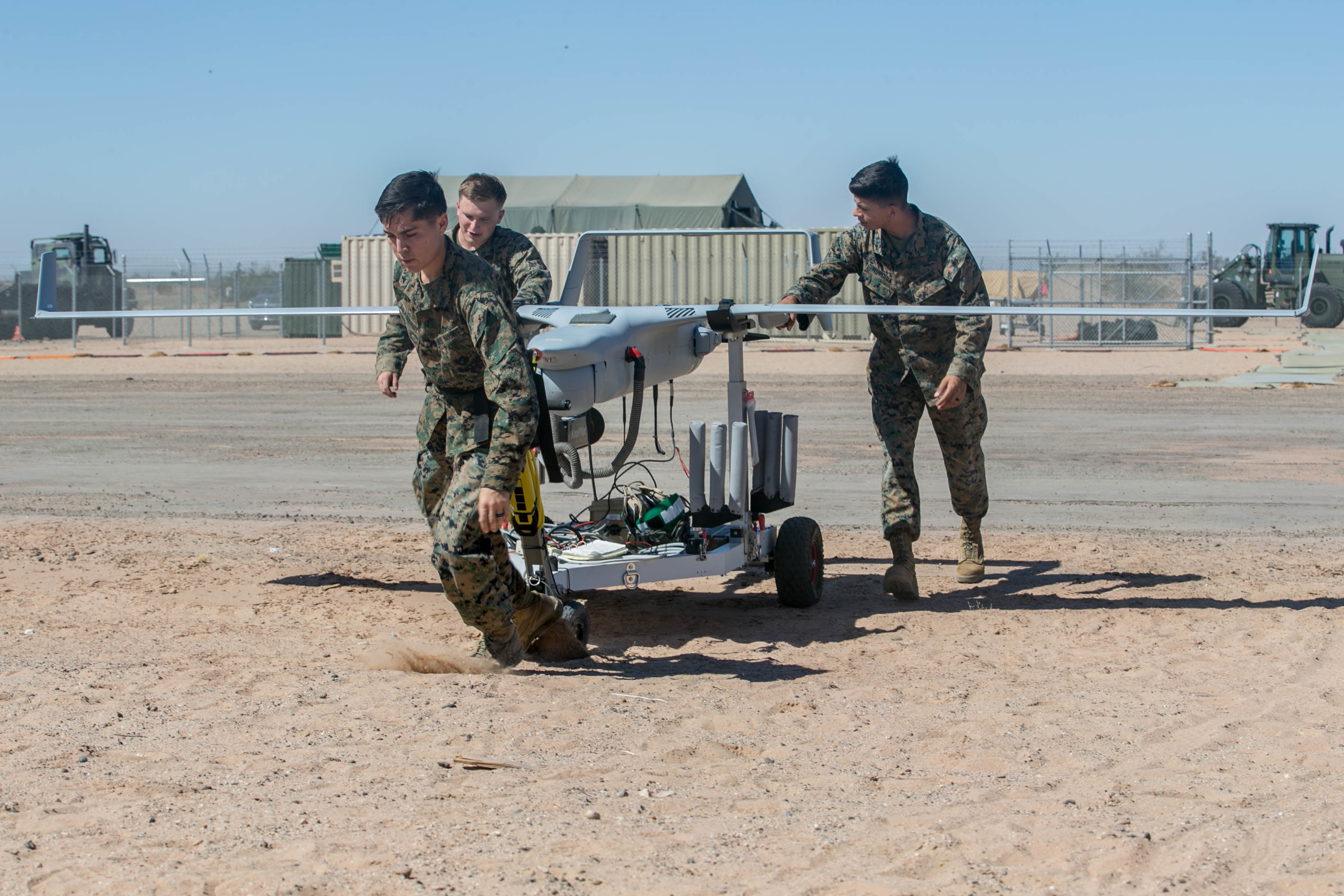 There is probably no single air platform more affected by the transition from the strategic shift from counter-insurgency to the high-end fight than unmanned aerial systems.

These systems have come to the fore during counter-insurgency operations and have provided significant persistent surveillance for the ground forces.

They have grown in significance in working targeting options for air and sea strike forces as well.

But such systems are not well placed to operate in the contested air space and counter-battery fires, which would characterize force-on-force conflict with a peer competitor.

They suffer from several problems ranging from vulnerability to electronic warfare and jamming to becomes targeting drones rather than UAVs for combat aircraft, and the rapid growth in counter UAS systems associated with advancing technologies such as directed energy.

There is no easy way for the theoretical potential of remotes to be translated into combat reality until cyber security, counter EW, jamming, communications and an ability to operate against a variety of strike threats are attenuated.

There is no magic wand going to get from 2018 to the mythical ghost fleet any time soon.

During the recent WTI course, the Marines focused on generating a variety of contested operational threats, and jamming proved to be an effective means in attenuating the utility of their own UASs.

It is also the case that the smaller UASs which are very useful to provide ISR and C2 support to the ground force are not very effective in the presence of an adversary with high speed ground maneuver capabilities as well.

While at MAWTS-1, I had a chance to talk with two Marine Corps officers involved in working with the evolution of UAS capabilities in the Marine Corps.

Both officers have significant backgrounds in rotorcraft as well as in operating UAS systems, in the USMC squadrons, which operate their unmanned systems.

Major Daniel “Postal” Weber and Major Donald “Grace” Kelly have worked with UAS systems for a number of years, and provided significant insights into the challenges of moving forward effectively with UAS capabilities.

One challenge facing the MAWTS-1 team is how to shape the TTPs for UASs.

The challenge is that in the absence of a significant cohort of systems it is difficult to test, and to operate UASs enough to shape standardization norms for the fleet.

As the Marines look to operate in a contested objective area, what can the UAS bring to the party?

How does it fit in with an evolving MAGTF that is looking for extended reach fires integration?

The focus on MAGTF integration, and now what one might call extended reach MAGTF operations puts significant pressure on shaping what an effective UAS element would look like.

The con-ops are in progress; and so is the question of how best to fit UAS systems into that evolving concepts of operations.

The Marines clearly have adopted UASs into their operations, but the best fit is in the counter insurgency effort.

To shape an effective role in the contested environment, Majors Weber and Kelly underscored a number of aspects for a way ahead.

How best to leverage other service’s platforms and capabilities in the UAS area and leverage them for the USMC?

How best to leverage the Blackjack system to gain more operational experience with a class three UAS while they expand their thinking and reach into a class five UAS, which is being considered for future shipboard operations?

How best to build up a cadre of experienced personnel working with UAS systems and leverage that experience to shape a realistic way ahead?

How to handle the trade-offs between airframes and payloads?

In effect, the question of which payloads that could be carried by a UAS are most useful to the Marines as they evolve their con-ops is central.

The current Deputy Commandant for Aviation (at the time Lt. General Davis) has been very prescient in laying out a requirement for a program called MUX (MAGTF Unmanned eXpeditionary UAS) which the current aviation plan says will be ready for initial operations in the 2025 time frame.

It should also come in with adequate power and non-proprietary “hooks” so that future users can employ whatever payloads make the best sense for the force as it evolves.

This is a very exciting time for the development of unmanned systems in support of the amphibious task force and the Marine Corps.

This target goal for a Marine Corps going into contested areas is a work in progress.

What Majors Weber and Kelly are suggesting is that to get to that goal will require building a cadre of operators engaged in the evolution of current capabilities to be able to leverage that experience and help shape the desired goal, which is a class five UAS able to operate off a ship and to contribute to an extended reach MAGTF.

Given that MAWTS-1 is working closely with VMX-1 in shaping a way ahead for the MAGTF as the new technologies such as G/ATOR and F-35 are leveraged to shape an extended fires capability, clearly VMX-1 and MAWTS-1 are key players in help work the challenge and the opportunity for a new class of UAS to work with the future MAGTF.

But it must be done with a close eye to the core challenges which UASs pose as well, such as survivability, payload useability, and vulnerability to electronic warfare threats.