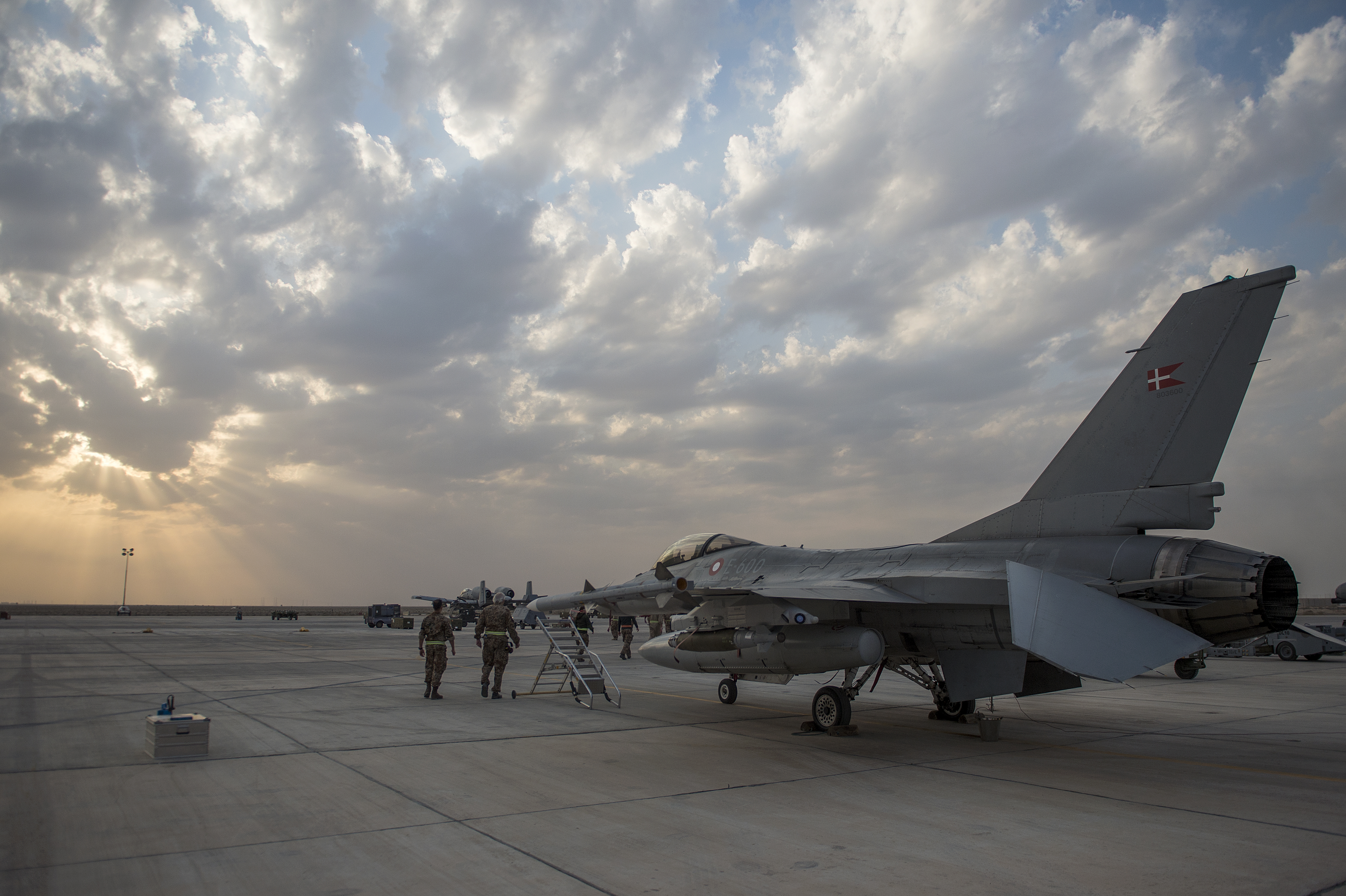 During my visit to Denmark in October 2018, I had a chance to visit Fighter Wing Skrydstrup and my host for the day was “SON” Pedersen a 727 Fighter Squadron F-16 pilot and Electronic Warfare Office.

And one of his roles in the 727 Squadron at the Wing Level is working with his sister squadron the 730 on electronic warfare issues.

“SON” was part of the pilot cohort in the Royal Danish Air Force which experienced the growth of the Danish F-16 into a robust multi-mission aircraft.

The core focus of this growth was on air to ground threats and capabilities.

For example, the main ground based threat was MANPADS, and the Danes along with other F-16 partners evolved their IR defeat capabilities at the expense of dealing with radar-guided threats.

The multi-mission evolution pursued by the Danes was done in common with other F-16 partners, notably with the members of the EPAF or the European Participating Air Forces.

“For example, we are doing an upgrade on our network system which is being done with our partners which means that we share investments to get a new capability.

“We fly the same aircraft as our partners, which allows us to do common upgrades.”

One main trajectory for the F-16 upgrades has been with regard to air to ground weaponry.

The air to air side has not been as robustly upgraded which follows the course of the Danes doing focused investment on the core threats against which they are operating. For air-to-air missions they use the AIM-120B (AMRAAM), medium-range active missile, the AIM-9X Sidewinder, a high of bore sight short range missile and the M61A1 20mm gun.

A number of sensors have been added in this manner, most notably the Litening G4 (ATP) pod that has provided both laser guidance to weapons, as well as secure video down and up link capabilities.

A key element of working integration has been through the Helmet Mounted Cuing System or HMCS.

The HMCS has provided a significant improvement in operational capability as it provides for both air to air and air to ground sensor fusion.

A unique aspect of the Danish F-16 helmet is the use of a Terma 3D audio system.

Terma has described its system which was added to the helmet as follows:

Terma’s 3D-Audio digital intercom system is designed for the harsh acoustic environment found in most military aircraft. The system, which is already operational and fielded in F-16s, is designed as a form-fit replacement of the existing intercom system, including the amplifier and the headset – part of the pilot’s helmet. Although designed for the F-16, the system can be adapted to other plat- forms, and especially the noisiest of all aircraft, the helicopters, can benefit from the Terma system.

Noise in the cockpit is a serious stress factor. Therefore, the reduced noise level means less stress and fatigue for  pilots and other crew members, especially during prolonged missions, thereby enhancing flight safety and mission effectiveness. The reduced noise level also allows pilots to reduce the volume of the intercom system, and thereby reduce the acoustic noise pressure and avoid the yellow earplugs, which many pilots use to prevent hearing damage.

Terma has achieved this reduced pilot noise exposure through developing a digital headset with built-in Active Noise Reduction (ANR) circuitry and Electrical Noise Reduction (ENR), which is powered through a standard intercom interface. The system offers considerable noise attenuation and is at the same time capable of reproducing 3D-Audio in stereo sound quality.

3D-Audio, or spatial audio, is used in two ways to improve the quality of the acoustic messages presented to the pilot. First, it means spatial separation of messages (e.g. cues, VHF and UHF radio communication, warnings, and intercom). Because the messages are directional in the pilot’s earphones, it allows the pilot to focus on one message, the most relevant one, while he is still being kept aware of other messages.

Second, and perhaps most importantly, 3D-Audio is especially useful when it comes to threat warnings. Not only does the pilot receive the warning from the exact direction of the threat, he will also, compared to a traditional voice message system, be able to initiate  evasive manoeuvres a full second earlier, because he can act instinctively without the need to process any information mentally.

The 3D-Audio system makes the pilot aware of activities 360 degrees spherical. To a certain extent, it can be regarded as the audio equivalent of a helmet mounted display, where the visual information moves with head movements. In a similar manner, audio from a given direction will give real time information of direction changes, which is extremely important, especially in a missile attack situation.

With the F-35, the helmet is part of the overall integrated system of fused data and as such operates with much less fatigue and stress on the pilot than the evolved federated F-16 system.

But the Danes have clearly evolved their F-16s as part of the broader F-16 coalition to achieve much greater multi-mission capability.

Of course, the goal of a small air force is to be able to operate across the spectrum of warfare to support the political objectives of its nation’s leaders. And moving from a multi-mission aircraft to a multi-domain aircraft emerged as a core objective of the competition, with the F-35 fitting their perceived needs.

A challenge which both Eurofighter and the F-18 faced was that the Danes have been part of a really remarkable transformation of the F-16 which made in their eyes the aircraft very competitive with either the Eurofighter or F-18.

They were looking for a leap forward as they needed to return to the challenges of direct defense and working deterrence with their formidable neighbor to the North.

As they evolved their aircraft, training needed to change for their pilots and maintainers.

Again, such an approach has laid a foundation for what they need to do next, which is to work force integration across their region to provide for deterrence in depth.

The past decade has been a period of evolution in Danish airpower and preparation for the future. But now the challenge is multi-domain, and not largely focused on air-to-ground.

This is a major shift and transition facing the Danes, but clearly their coalition approach does not leave them alone in working the learning curve for 21stcentury deterrence in Europe.